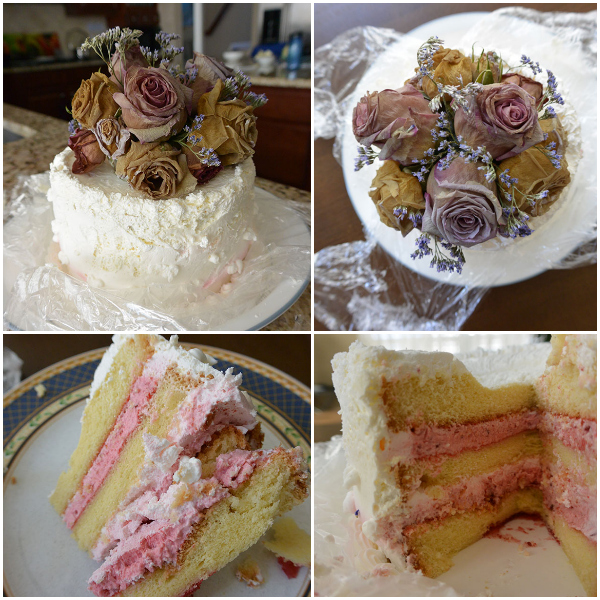 Jason and I celebrated our one year wedding anniversary on April 27th! Crazy how time flies. We froze the top of our wedding cake and my sweet mom froze the flowers from the top of our cake, too! Here it is in all its….glory? Ergh. Maybe not really. When she took it out of the freezer, I was kind of grossed out cause the flowers obviously lost their bright purple shades but that yellow-ish tinge was so unappetizing. However, the best part was, the cake still tasted just as good as the wedding day! The cake part was slightly dry but the raspberry filling was still superb!! We were really surprised. My dad was all paranoid and kept saying we were going to have some major stomach bug. It’s ok, we only ate one slice for tradition’s sake. 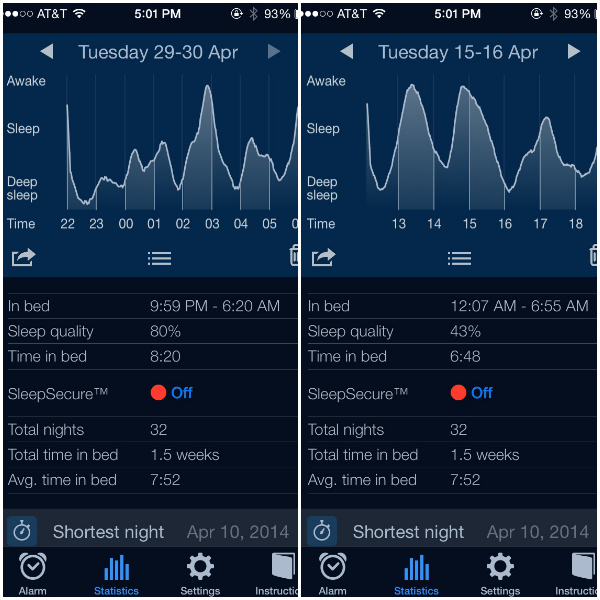 Have you guys ever wondered how well you really sleep at night? It’s something I’ve always been weirdly fascinated about so when I was at Starbucks a couple months ago and saw that they had this SleepCycle app for a free download, I decided to give it a try.

You guys, it’s seriously SO COOL (ok, maybe I just think this) how it tracks how well you sleep. Every night, I put it by my pillow side and it tracks my sleep patterns and then you wake up the next morning to this super cool graph. They calculate the % of how well you sleep by the number of times you go in and out of sleep and deep sleep (REM) and then the times you wake up or stir. Not gonna lie, I love waking up to see how well I slept and to see my graph. Some nights that are really bad, the graph is like a crazy roller coaster! My favorite part of the app is their “intelligent alarm” which basically wakes you up when you’re in your lightest sleep so you don’t wake up all ‘wtf’ and groggy. That’s the problem with alarm clocks, they can’t ‘track’ when you’re in your lightest sleep; they just wake you up when they’re supposed to. But with the ‘intelligent alarm’ you set an interval on when you want to wake up. For example, we typically wake up at 6am so I set the alarm to wake me up anytime between 5:45am-6am (you can make the interval longer if you want, like 30 minutes or even an hour or more..but why would you want to be up 2 hours before when you’re supposed to go to work? haha)…so between 5:45am and 6am, I’ll get woken up by the alarm based on the level of sleep I’m in (again, it’ll wake you up by the time you set no matter what but it just finds the lightest sleep within that timeframe to wake you) and honestly this has CHANGED how I wake up in the mornings. I’m not super groggy and it actually feels better to wake up than ever. You just have to give this app a try. And no, I’m not being paid to say any of this. It’s all my own discovery and experience! 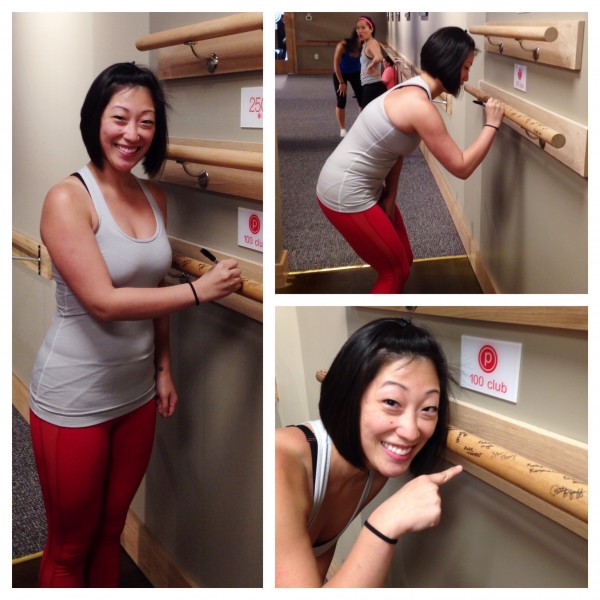 I finally hit 100 classes at Pure Barre and once you hit 100, you’re officially apart of the 100 Club!! Seriously, the most rewarding and challenging workout I’ve ever done. Still absolutely hooked!! You can read my Pure Barre review here if you’re still intrigued!! I’ve gotten SEVEN of my friends to join already and they all LOVE it and have come back and bought packages to continue the workout! :) 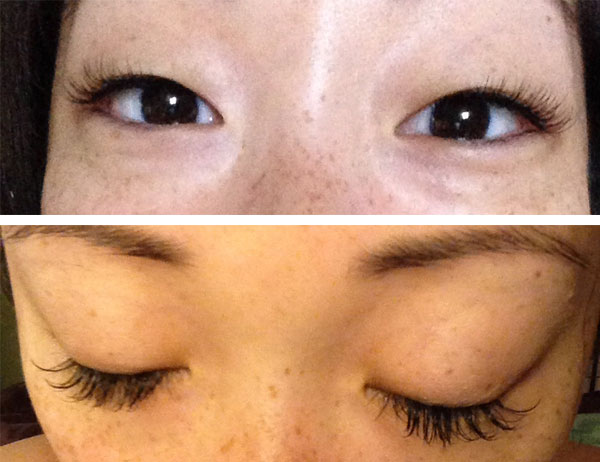 Have you ever gotten eyelash extensions before or wanted to try? I hate my eyes. I think that’s the one part of my body I really dislike. I’m single-lidded so I don’t have that eye crease that most people have and ugh, I’ve always wish I did for makeup reasons. And I’ve always had horrible eyelashes that NEVER curl. They also aim diagonally down from my eyes. Not fun.

So anyway, eyelash extensions are really popular in Taiwan and most Asian countries and when I went back four years ago, I wanted to get them done (cause my cousin’s wife had them and raves about them) but I was too late to book an appointment. When we went back to Taiwan recently, I immediately booked an appointment to get them done and man, I think I love my eyes now, haha – I love how they look and you can choose what looks you want. I went for the ‘natural’ look. They basically just use semi-permanent glue and put on the eyelashes one by one. It doesn’t hurt and it took about 1 hour for them to do my first full set. I fell asleep – that’s how painless it is and you barely feel anything. Now, the maintenance sucks cause now I’m back in the states and it’s SO expensive here. It’s $30 for a full set in Taiwan. For a full set in the states, it ranges anywhere from $125-$250. Refills are $75-$100 every 3-4 weeks. Some places suck and make you come back every 2 weeks otherwise they make you pay for another full set. ANYWAY, I found this really awesome lady in my area and I’m going to keep them up for as long as I can. I really like how they make me feel and look :) might not be for everyone, but thought I’d share! I also love not having to put on makeup in the mornings anymore :) when I want to be ‘fancy,’ a little black eyeliner perks up my eyes even more! 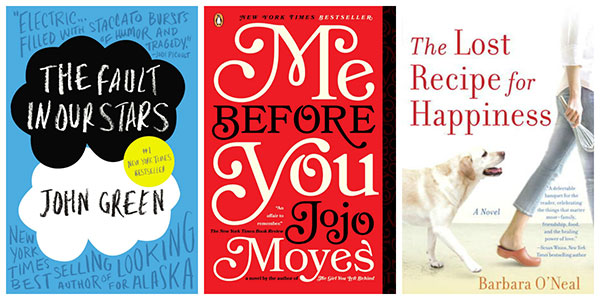 These are the books I finished in April. Loved all of them.

I ugly-cried on the plane while I finished The Fault In Our Stars and now I cannot wait to see the movie in June! I loved the main characters in the book (Hazel Grace and Augustus Waters) and their positive outlook on life despite being cancer-ridden. The sarcasm and little cute inside jokes made the book funny and emotional all at the same time. There were some really moving parts in the book but overall, it was lighthearted due to how the character’s personalities were but also very emotional and raw at the end. It’s an unconventional love story but beautiful nonetheless.

Me Before You was a great read, too. It’s a love story where two people who had nothing in common became two people who were very fond of each other. Before Louisa met Will, she never had dreams beyond her little English town and before Will met Louisa, he was having the time of his life…and then he became paralyzed in a horrific accident. You’ll love reading the interaction between Louisa and Will and how Louisa tries everything in her power to save Will from ending his life. The ending is quite different than I imagined it’d be but I was thoroughly pleased with it!

The Lost Recipe for Happiness was a really light read that I read prior to our long plane ride to Taiwan. I needed a light read to ease my plane ride jitters so I picked up this book by one of my favorite authors, Barbara O’Neal. It’s about a girl named Elena Alvarez who is haunted by a crazy accident that she was the lone survivor of. She gets the chance of a lifetime to be the executive chef of an up and coming restaurant in Aspen, Colorado and also a chance to start a new life in a brand new place and find new love. It’s one of those books where you find yourself rooting for the main character and hoping she makes the right decision. It’s definitely a great light read and I loved all the southwestern cuisine that was interlaced throughout the book and she had a great deal of recipes in here too for you to try on your own! They all sounded so mouthwatering! 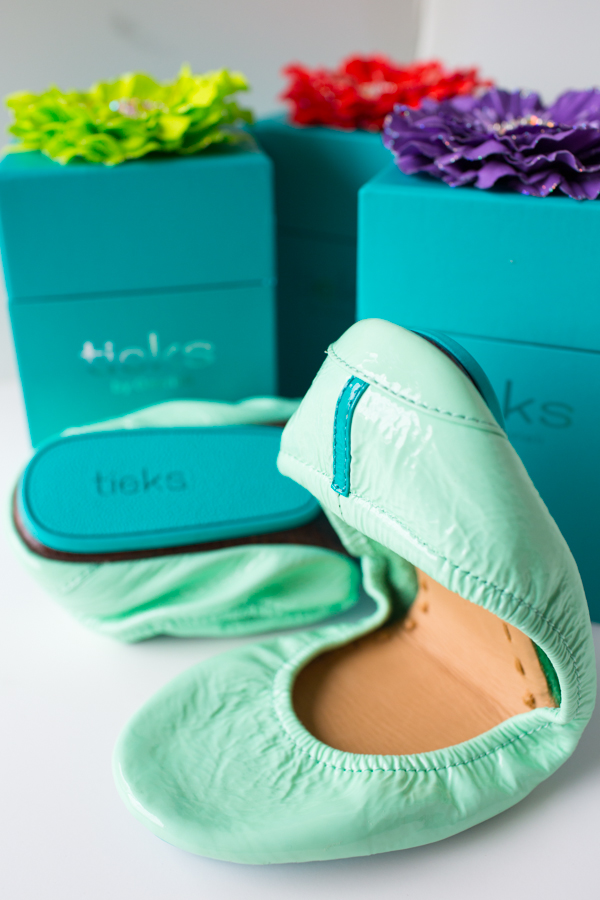 Coming up later this week….a Tieks ballet flat review AND giveaway for your very own pair (cause I’m generous like that)! You don’t want to miss it as they’re the most comfortable ballet flats I’ve ever put on. Trust me – I was skeptical too but I’m truly a believer now! I also couldn’t decide which colors to buy so I bought three. Shhhh, don’t tell the hubby ;)

What’s going on with you?! Oh, and get excited…next week is a four post series on my Taiwan trip! ;)

Just a note that there are affiliate links within this post! xo

I saw the preview for A Fault In Our Stars and immediately wanted to read the book. The fact that every one says they ball during it makes me avoid it. Your lashes are super cool! I recently heard about Younique and have been thinking about ordering it to see if it is as amazing as people claim.

Happy Anniversary! Congrats on the barre. I have a punch card, but I don't get there near enough! Lashes are my crack. I am obsessed :) and it is official- I have to order some teiks.

Too funny with those frozen flowers! Happy anniversary :)

Ooo the way that app wakes you up is so cool! I have a FitBit and it does the sleep graph and wakes you up, but it doesn't do the wake you up at your lightest sleep part. I joined a gym and I'm so excited they have a barre class on Wednesdays! I can't go today because of a work meeting (boo!), but I can't wait to try it after reading how much you enjoy it. Cheers!

I just read A Fault In Our Stars, loved it! I am reading a Barbara O' Neal book right now. Love her books!