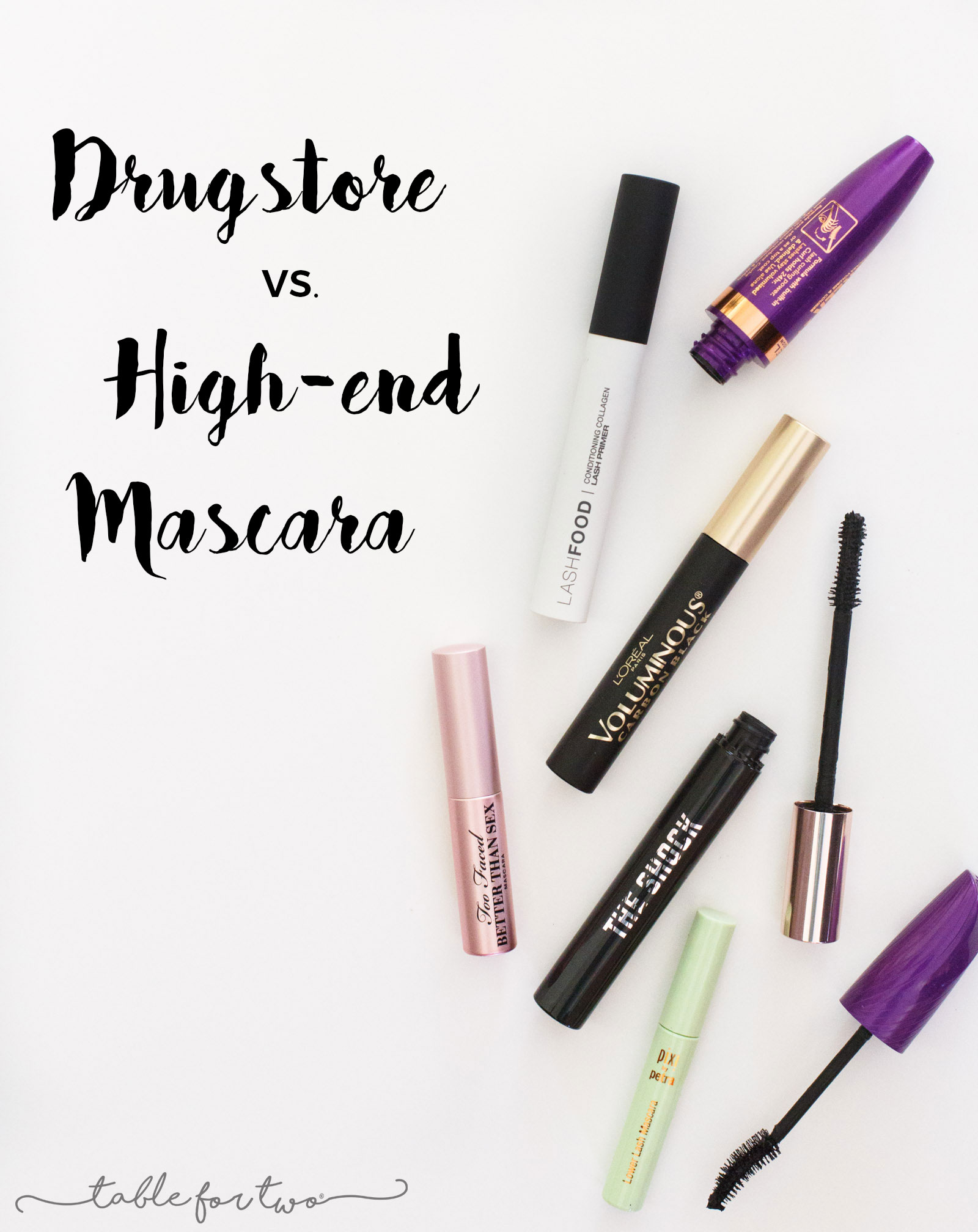 This is such a random post for Table for Two but I feel like I’d be doing you a disservice if I didn’t post about what I’ve been experimenting with the past few months!

I’ve been experimenting with drugstore vs. high-end mascaras. Why?

Well, ever since I started taking collagen every morning, I noticed that my lashes were getting insanely long (one of the benefits of collagen is healthier hair/skin/nails). I never had lashes before so I never cared for mascara. I always had those typical Asian lashes that were stick straight. They curled but there wasn’t ever ‘enough’ lash to curl to make anything noticeable so I just didn’t bother incorporating that extra step in my morning routine.

Since now I have decent (and pretty long) lashes — ALL NATURAL, might I add (I’m super proud) — I have been experimenting with mascaras and which ones work the best for me.

I truly was curious why some mascaras run $30 vs. a $7 tube you can pickup at the drugstore. I haven’t truly found the reason why; although some have told me it’s because of the brush and all formula is the same. I don’t really believe that part either. I feel like both the formula and brush have something to do with the price.

In the past three months, I have tried at least 10 different mascaras. No joke; you should see my little container next to my sink where I keep all of them :) If you’re in a hurry, the entire list is at the bottom of all the ones I tried and a quick review.

Bear in mind that everyone will obviously have different results, as we are all so different and our lashes vary a ton.

My lashes do best with a mix of both drugstore and high-end mascara. Go figure :) 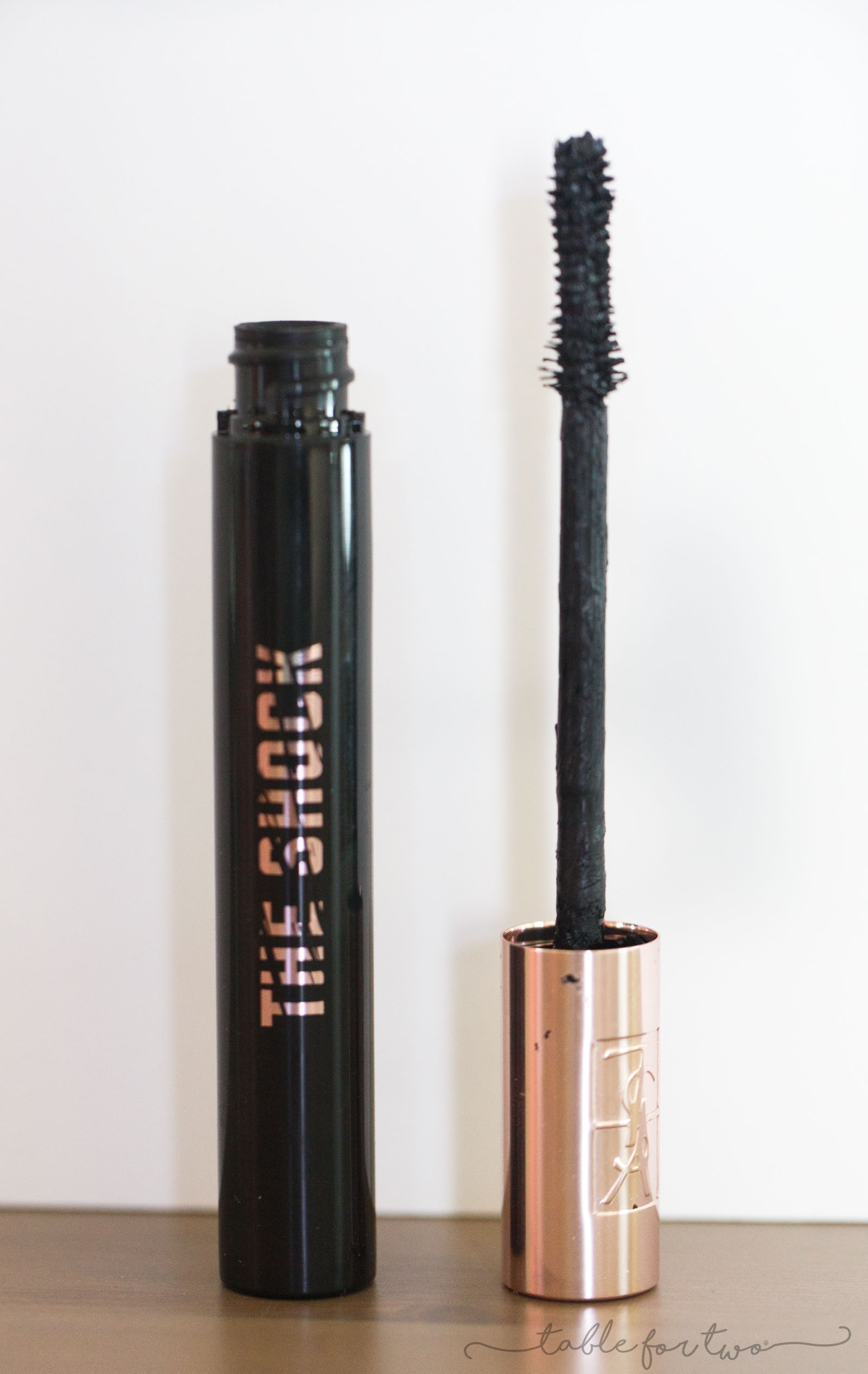 The BEST combo I have found for me is YSL ‘The Shock’ and the classic L’Oréal Voluminous.

I first discovered YSL ‘The Shock’ on Sephora, as it was highly rated, so I decided to give a try. I love their Black Opium perfume so I thought maybe this brand is onto something. I fell in love with this one. The formula is great (dark and very pigmented) and I really like the brush, as well. Also, if you’ve never had mascara that has a slight perfume scent to it, you will LOVE this. It actually does smell a bit like their Black Opium perfume and it’s very subtle. I like that because it doesn’t smell like the standard mascara scent. I know, the little things. 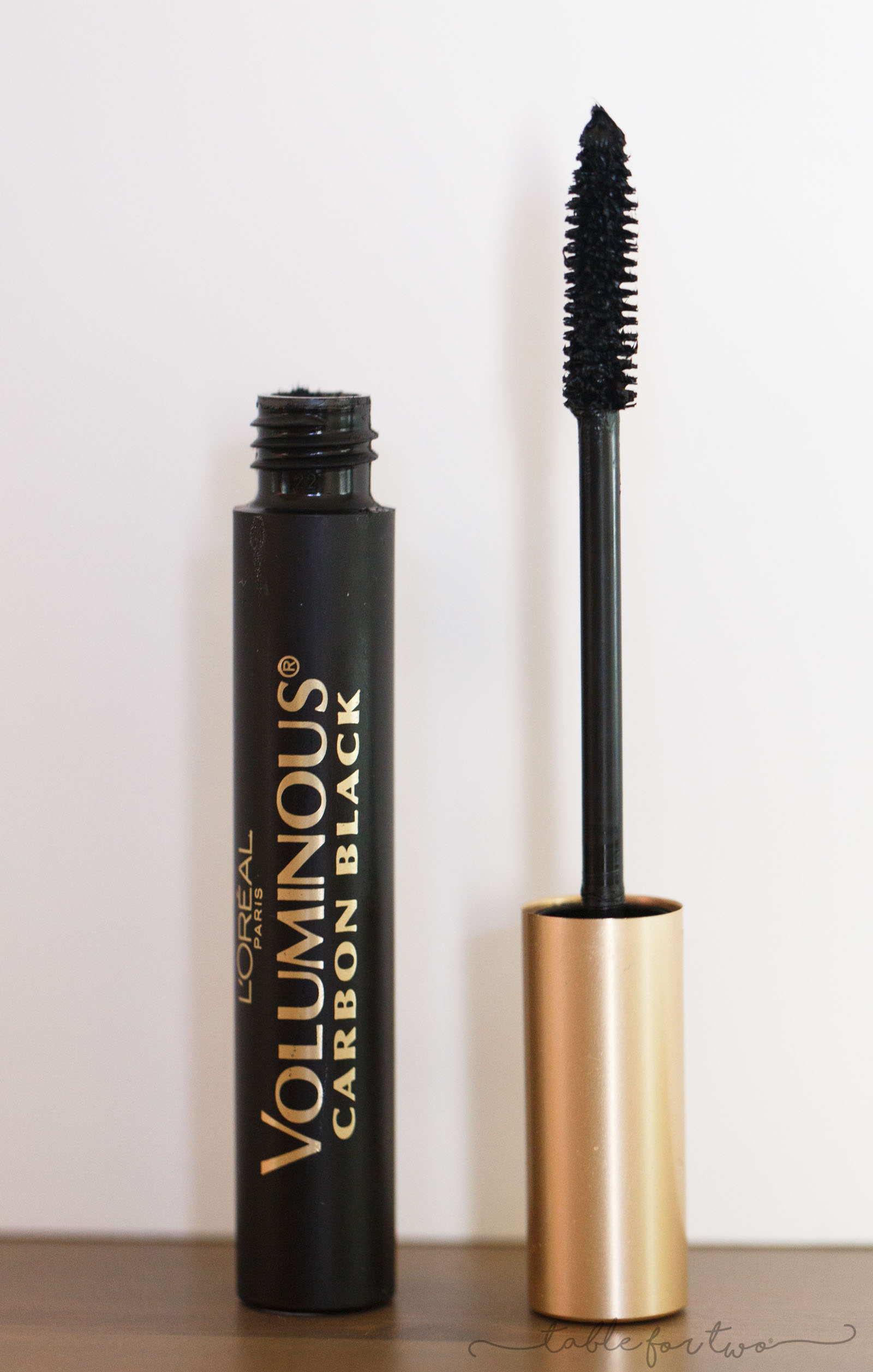 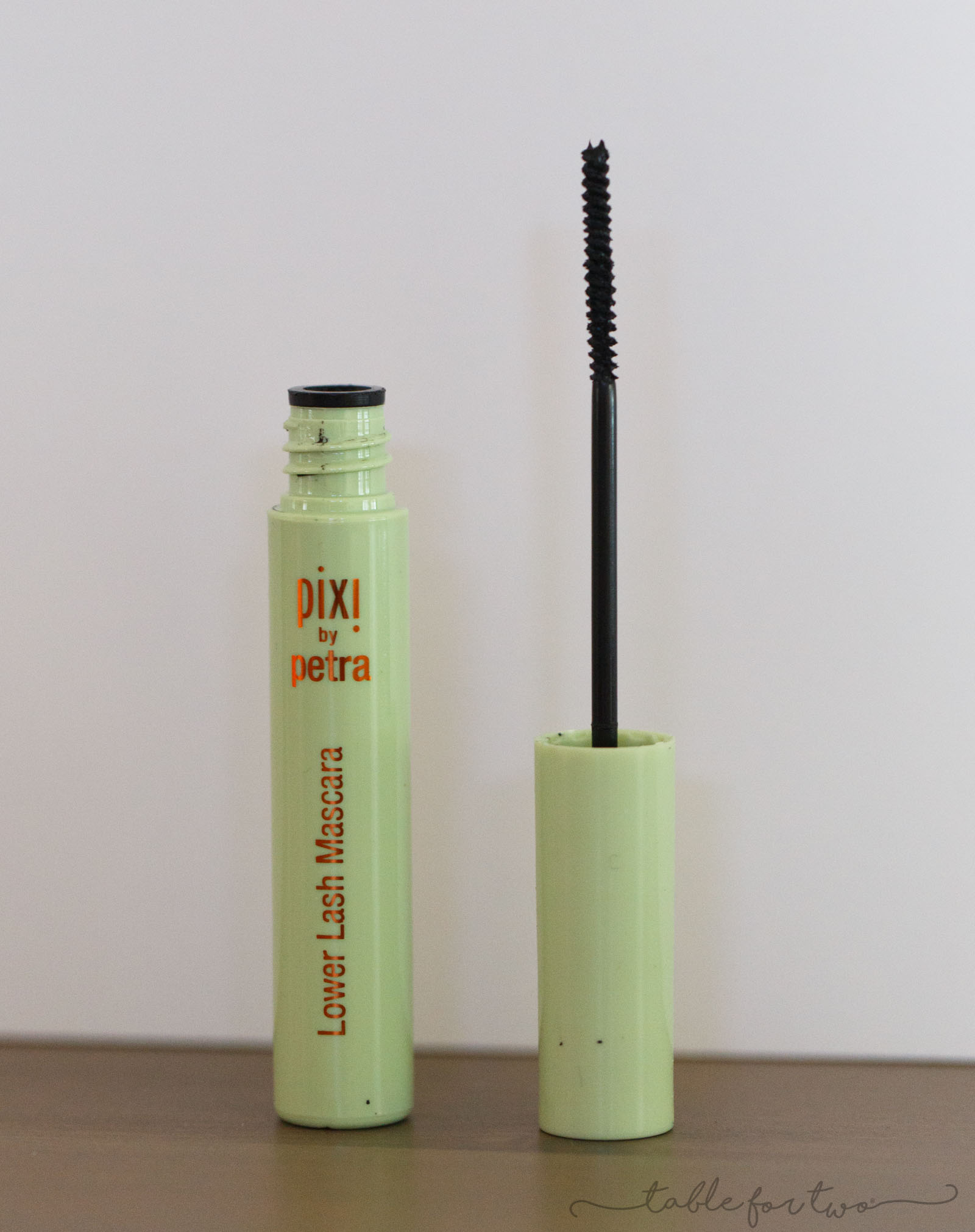 Omg, if you haven’t tried Pixi by Petra Lower Lash Mascara, you are missing out! This tiny and super thin brush is PERFECT for the corners of your eye but also a great way to get all your lower lashes. I think only Target carries this brand so go grab it. They always sell out of this lower lash mascara in stores so I just buy a couple online and they last quite a while!

Okay, here is the list of all the mascaras I tried and my thoughts:

Haha, I told you I have tried a lot of mascara :)

I've got to try some of these!

You should update this post with photos/selfies so we can actually see the mascara in effect!

Great reviews ? How do you take collagen and where do you get it?

I use Vital Proteins collagen powder. I just add it into my daily coffee in the mornings! It's tasteless and a great supplement!

Marta @ What should I eat for breakfast today

This is a problem I always had with Mascara - I could never decide which one I should get. I just assumed that it will be better to buy a high end mascara. Thank you for this post!

Personally, I love Maybelline's "The Falsies" mascara in the color "Black Drama". It doesn't cost very much, never clumps, lasts all day, and makes my lashes crazy-long with just a couple of coats. I have tried several prestige brands, but I just keep coming back to The Falsies!

I completely agree with you Jennifer!! I've tried SO many prestige brand mascaras, but I've found that none of them work as well as Maybelline. I love "The Falsies" and "Lash Sensational".