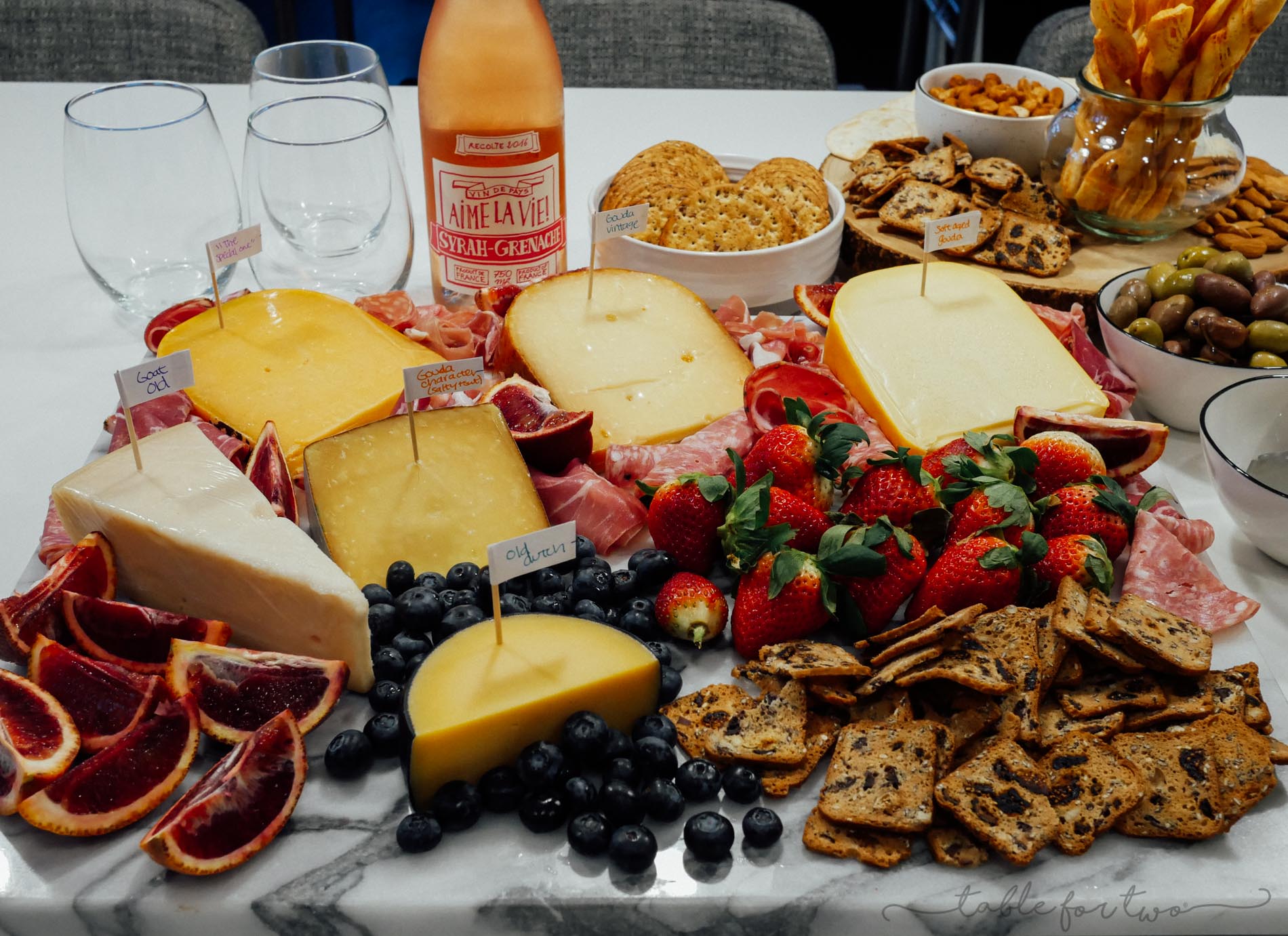 We brought back over 8 pounds of cheese from Amsterdam. We went to the cheese shops and the markets and every single cheese we tried, we just kept adding to our bag. It was so hard to resist.

There is something about Dutch cheese that is so different from the standard American cheese. It’s so much creamier and has a much more well-rounded flavor. 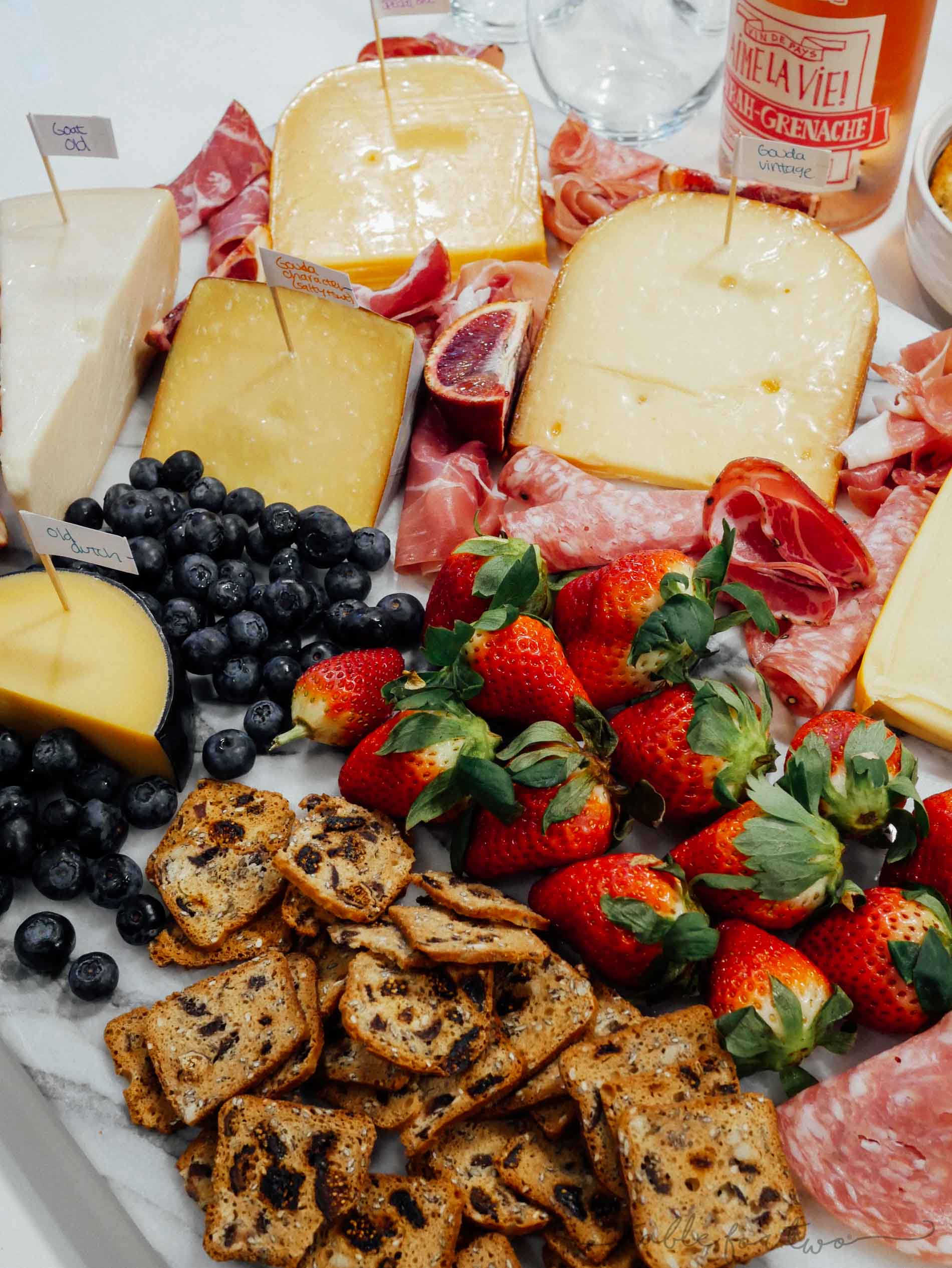 What do you do when you have over eight pounds of Dutch cheese? Have a Dutch cheese tasting party, of course!

I am not the best at creating cheese boards. Cheese board assembly is an art and that is not a skill I have so, I tried my best.

My favorite part of creating this Dutch cheese board was the little toothpick flags I stuck in each cheese to label them. The labels were just sticky labels that you put on file folders that I folded in half over a toothpick. 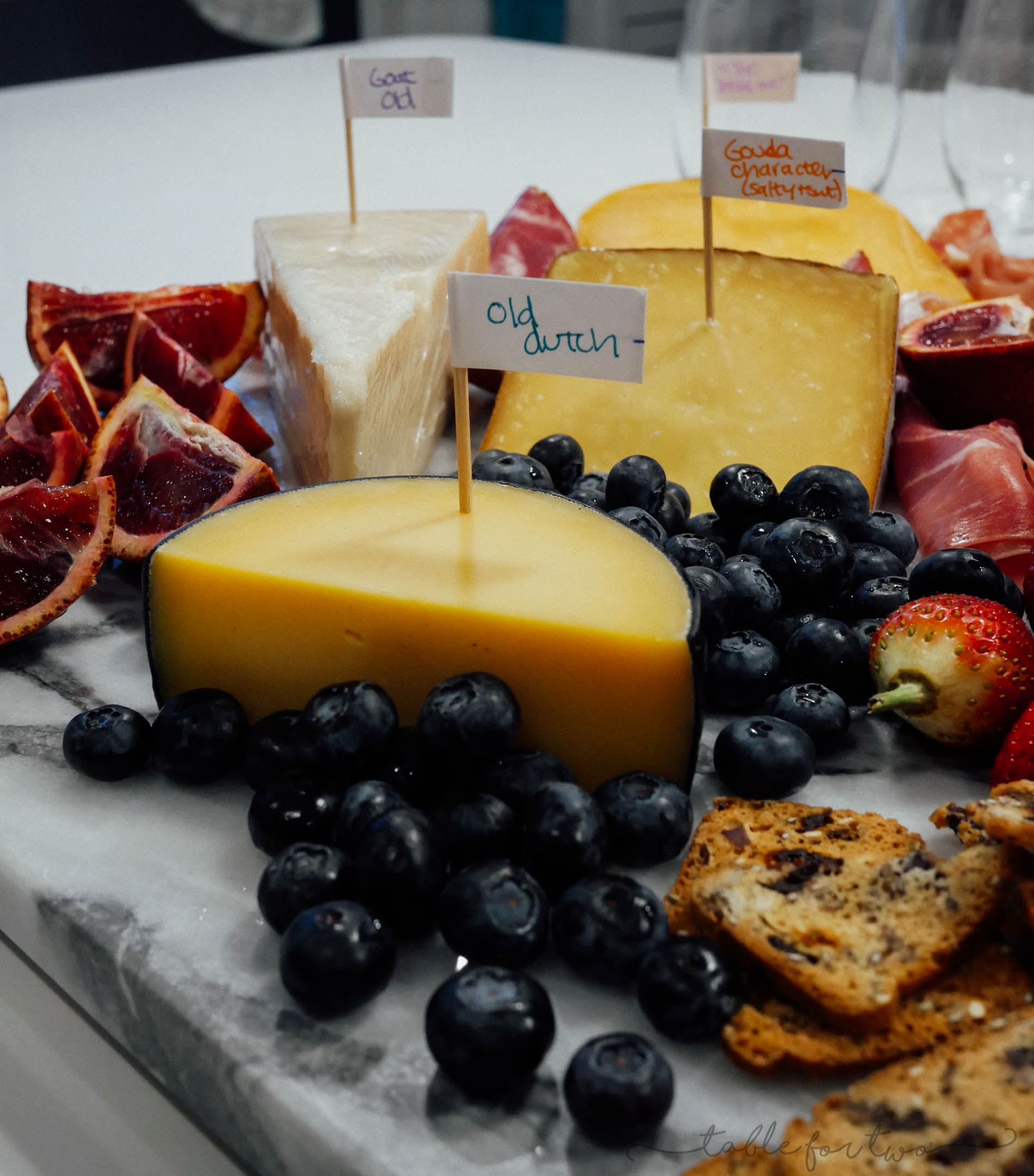 We tried to buy a variety of different cheeses in terms of flavor. There were salty/sweet ones, a creamy gouda, a special gouda that has been aged 42 weeks, an aged goat, and fresh cheese direct from a farm. 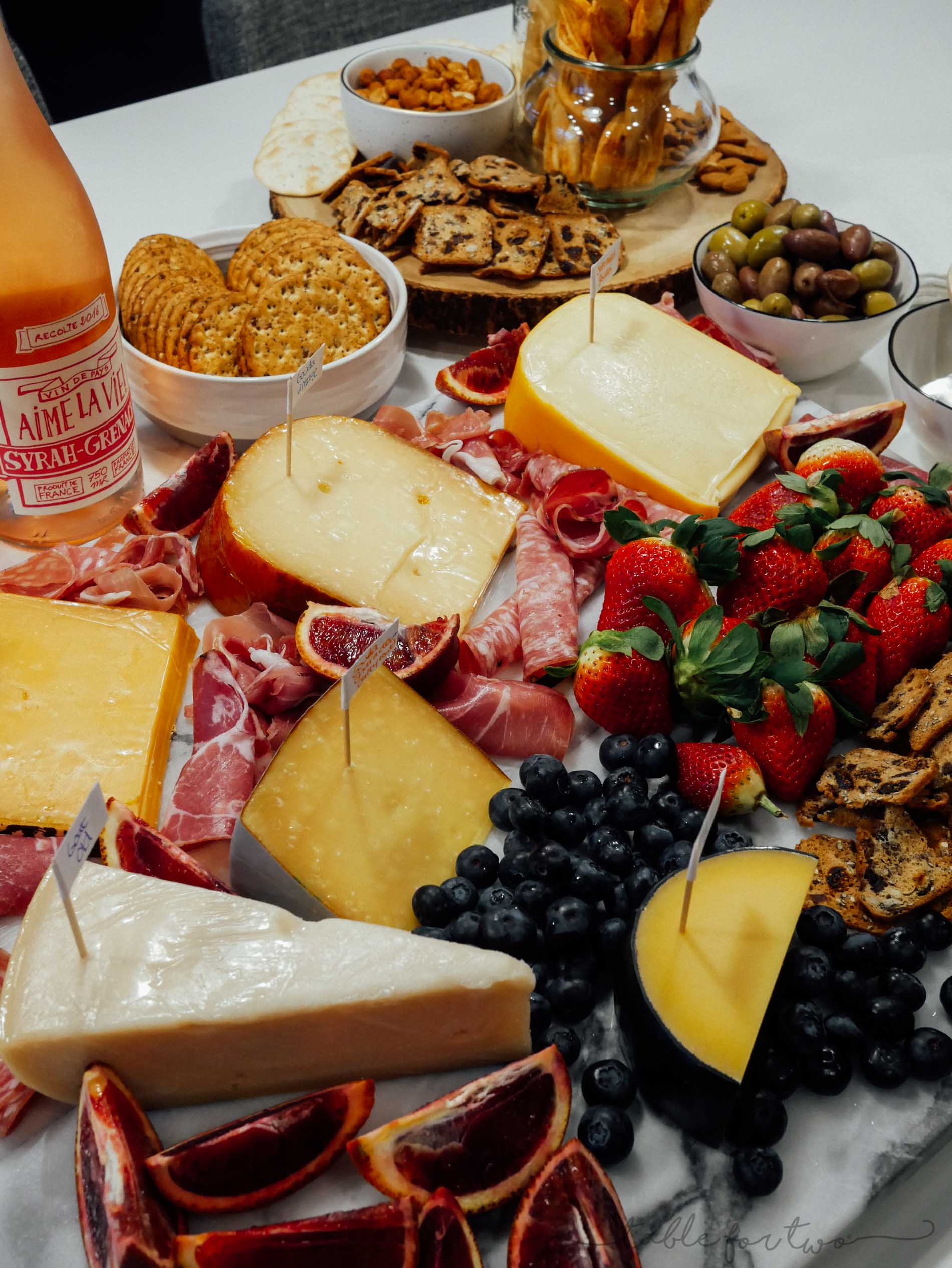 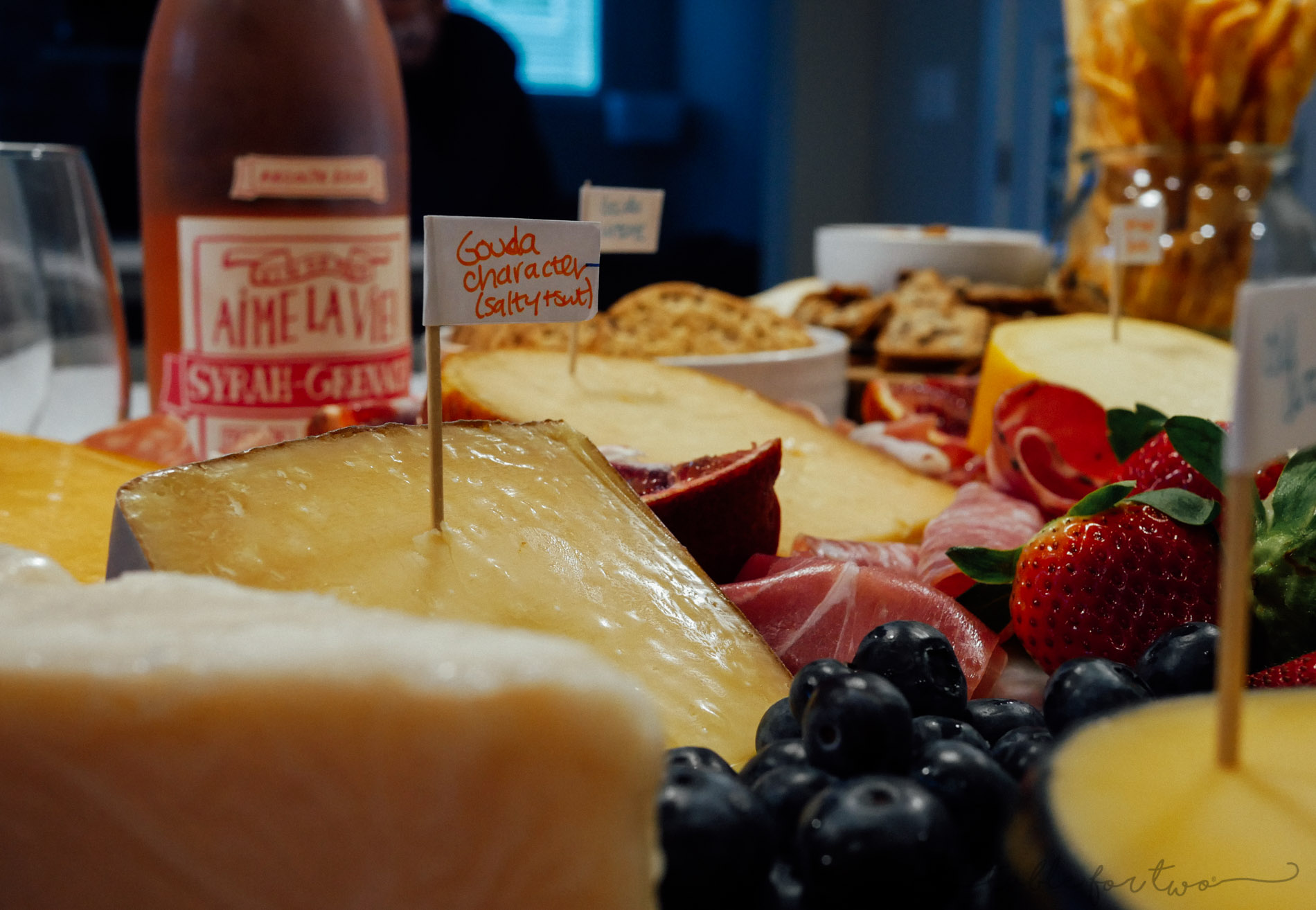 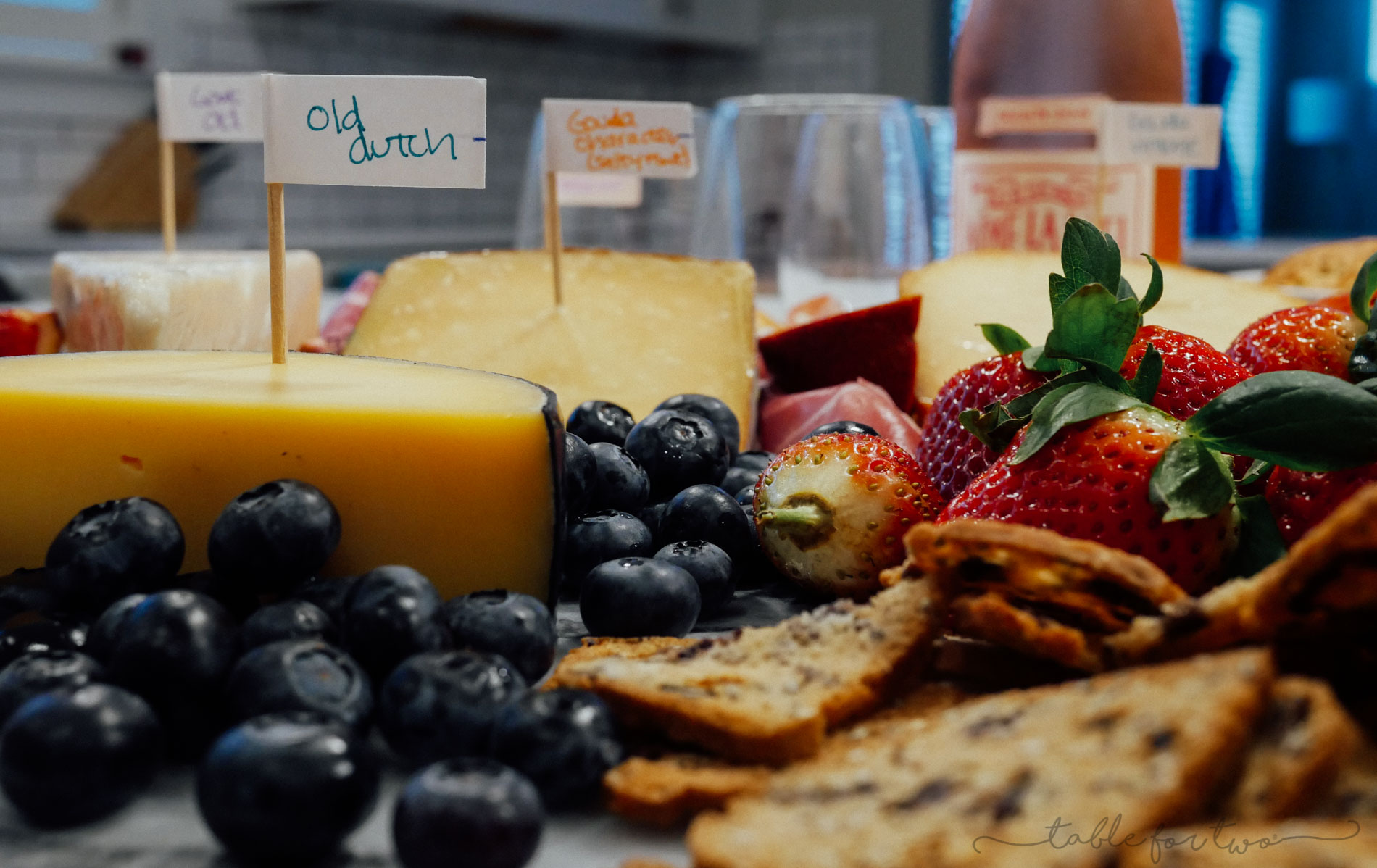 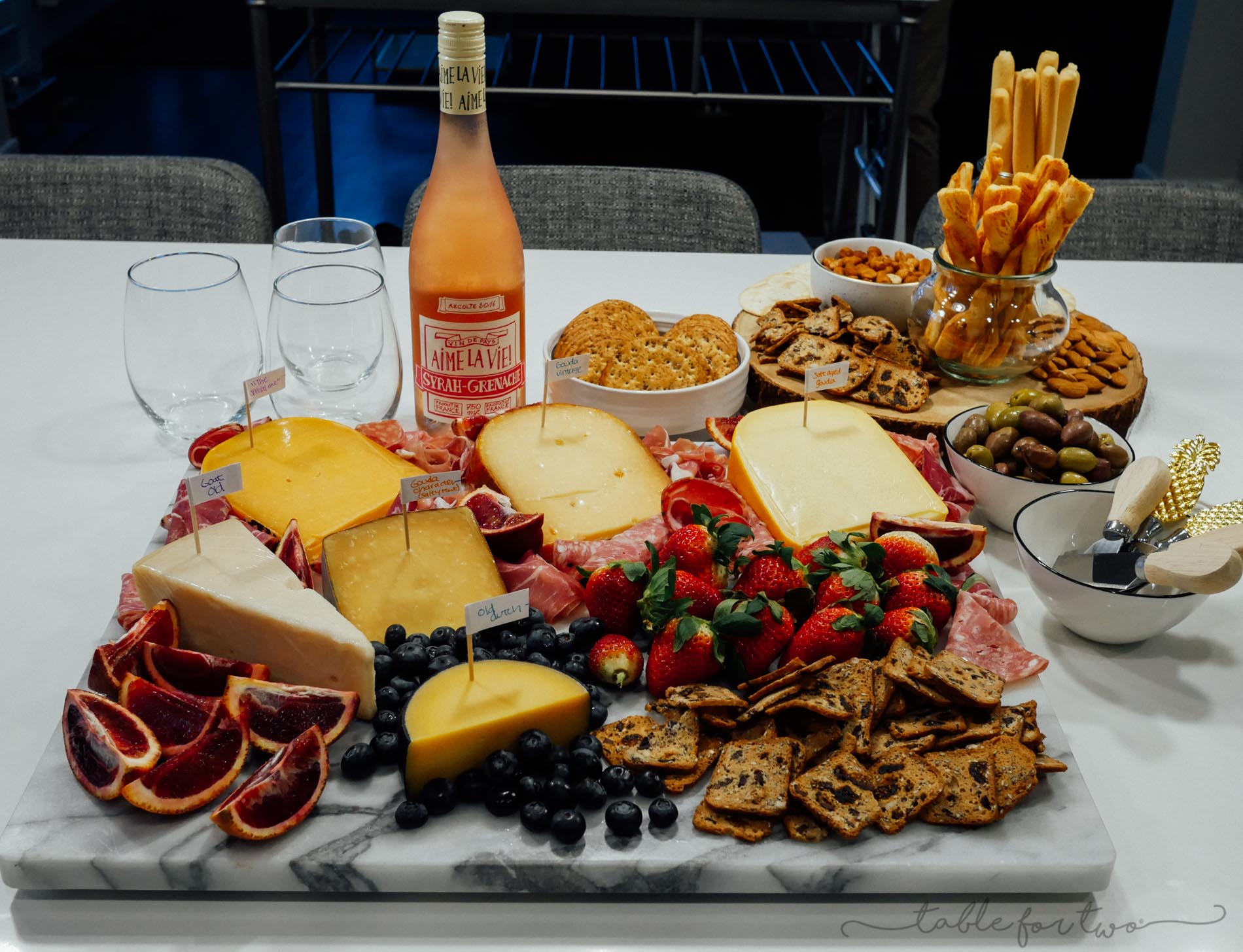 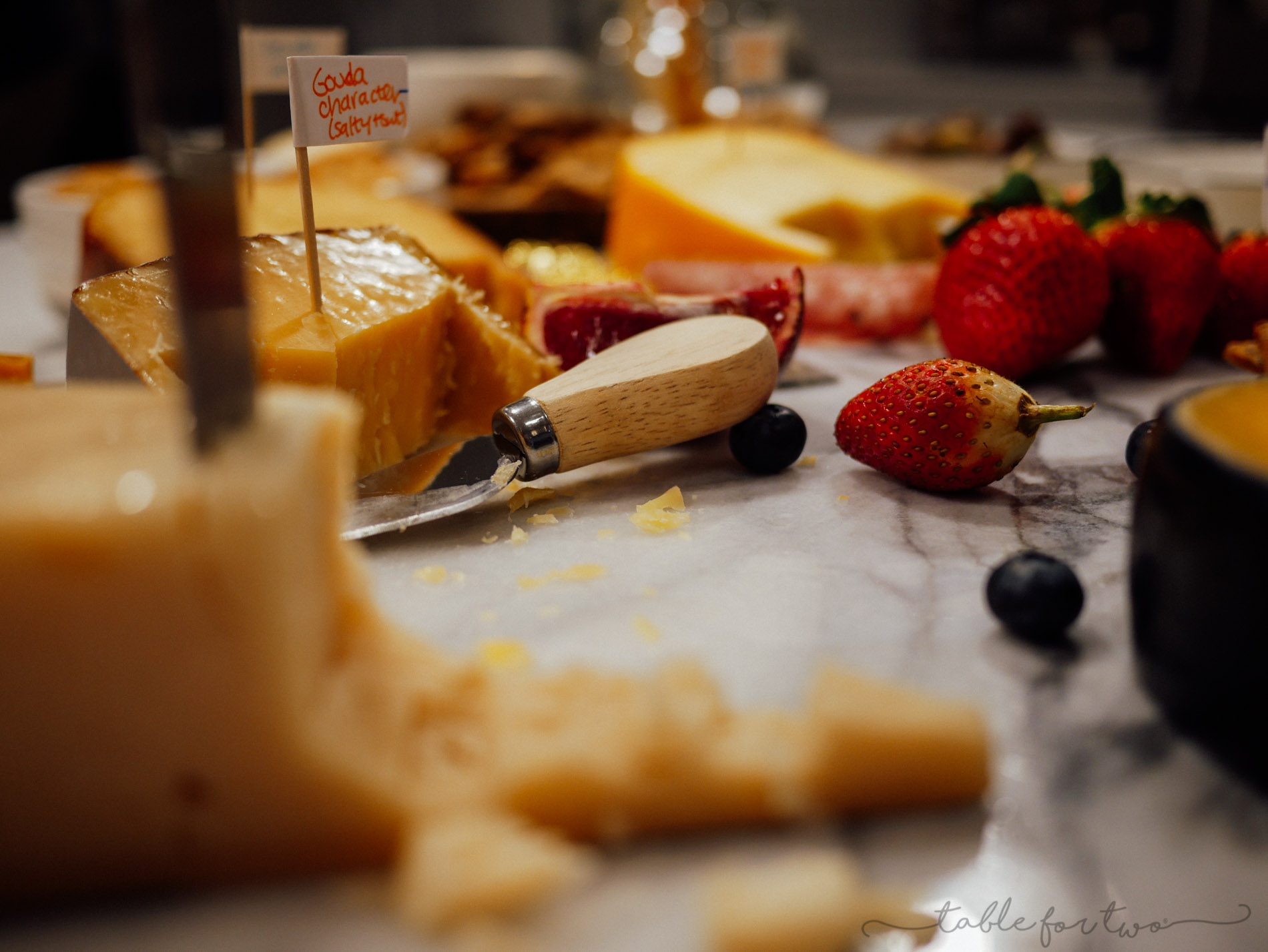 The one that reigned as everyone’s favorite was called “The Special One.” It was aged for 42 weeks and it’s the creamiest and most flavorful cheese I’ve had. I wish they had something like that in the United States. Although, I’m sure if I brought the block to a speciality cheese shop, I could find something similar. We still have a bit of it left and I’m savouring it!

This looks so good. Gouda is a great cheese with this soup but I was surprised to see the tofu. I am really curious and anxious to try this out.

Whaaat? Haha I'm so confused. This is a Dutch cheese tasting party...where do you see the tofu and soup?!

I have been enjoying your recent posts about Amsterdam. We are headed to the Netherlands in 22 days on a Viking River cruise... any not to miss suggestions?

Here are all my Amsterdam posts: https://www.tablefortwoblog.com/?s=amsterdam hopefully those help you out with where to eat/see!! have so much fun!!!

I think your cheese board is lovely -- beautiful and delicious looking arrangement!

Julie, These muffins look wonderful. My mouth is drooling! Guess i’ll have to make a batch to satisfy myself!!? Mimi

I think you meant to comment on these muffins: https://www.tablefortwoblog.com/spiced-orange-and-carrot-whole-wheat-muffins/ but thank you! I hope you make a batch :)

When I move into my dream home I will host one of these! I love cheese!!

Haha cheese is so good!