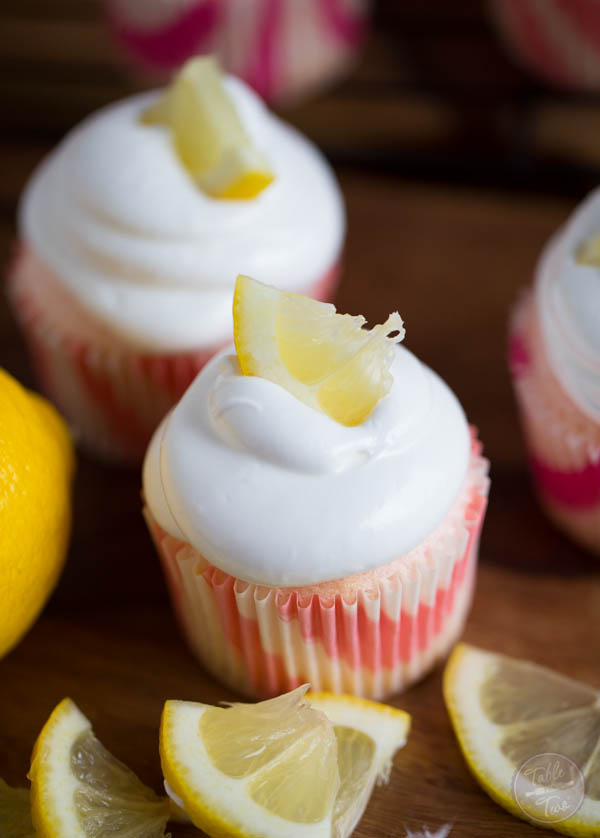 I’ve ordered a bunch of loungewear lately and I think I’m just subconsciously preparing myself for the cooler weather. I live in leggings and flowy tops in the Fall/Winter (probably partly to hide all the hibernation eating I do, haha). The cold weather just makes me not want to do anything but curl up on the couch with a good book! I have a feeling that this Fall/Winter I will be devouring a ton of books. Just within the past year, I’ve been way more into reading than I ever have in my entire life. Jason says it’s because when we were young, we were forced to read books and that no one likes getting forced to read something and then writing a report about it or figuring out what the metaphors are. Now that you have a choice in what books to read, you end up reading more because it’s enjoyable to you. Makes sense!

Anyway, so some of these shirts that I’ve ordered have strings on either side of them near the armpits. Has anyone ever figured out what they are?! I have them on a bunch of my dresses and I guess it’s for hanging them on hangers?? But why can’t you just hang them regularly on the hangers by the straps or just hang a shirt normally..why do you have to use those string things? I find them so annoying cause they keep popping out when I’m wearing dresses or shirts. I have to keep putting them back into my shirt/armpit. Awkward. So yeah, I tend to just cut them off whenever I get shirts/dresses with them. Or maybe I shouldn’t? Haha, what am I missing here, people?! 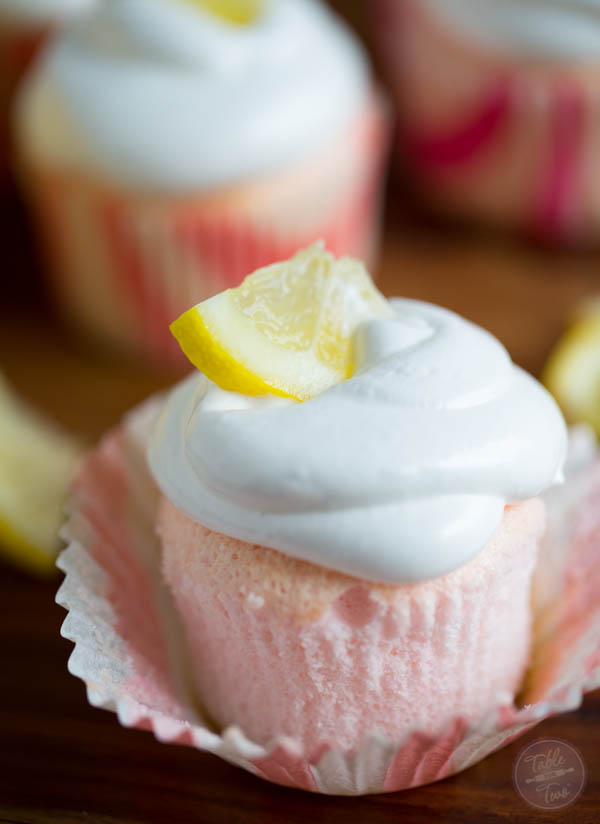 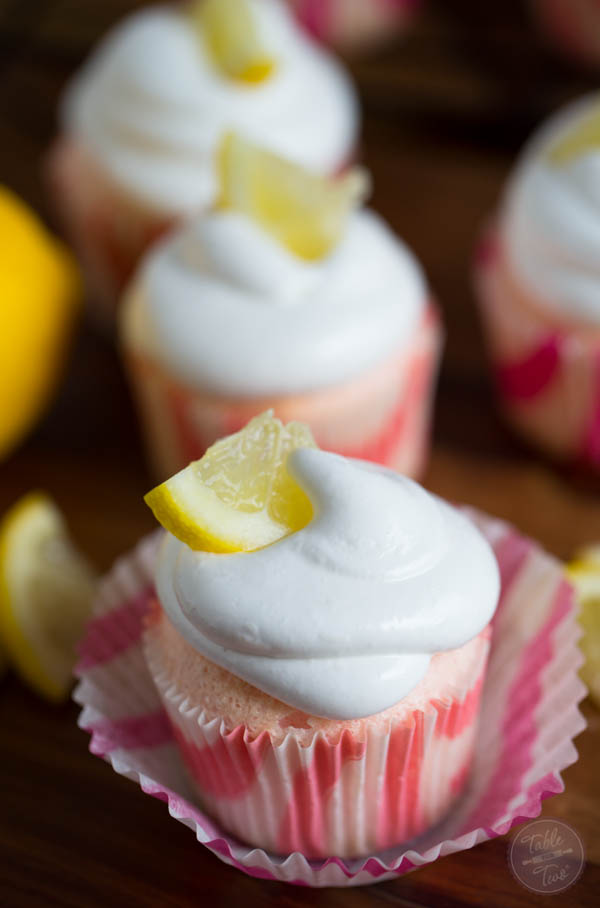 A while back, I made coconut crème brûlée and I had a bunch of egg whites leftover. I freezed them in a plastic container and labeled them “five egg whites” so I knew exactly how many there were in there cause I knew I’d probably forget months later. Anyway, so every time I opened the freezer, I would see these egg whites staring back and me and I really wanted to use them for something. I knew it’d probably be angel food cake something since that’s made with mostly egg whites but to find a recipe that used specifically five egg whites was hard. I opted to make angel food cupcakes with six egg whites because using one extra egg wasn’t that big of a waste. I found Jaclyn’s angel food cupcake recipe that she adapted from Alton Brown and I decided to make them into pink lemonade angel food cupcakes with a marshmallow frosting!

These pink lemonade angel food cupcakes are light as air and the marshmallow frosting is equally light and fluffy! I hope you’ll make them and enjoy them as much as we did :) I had to bring a bunch to my Pure Barre ladies because I did not want 18 cupcakes just hanging out in our kitchen ;) 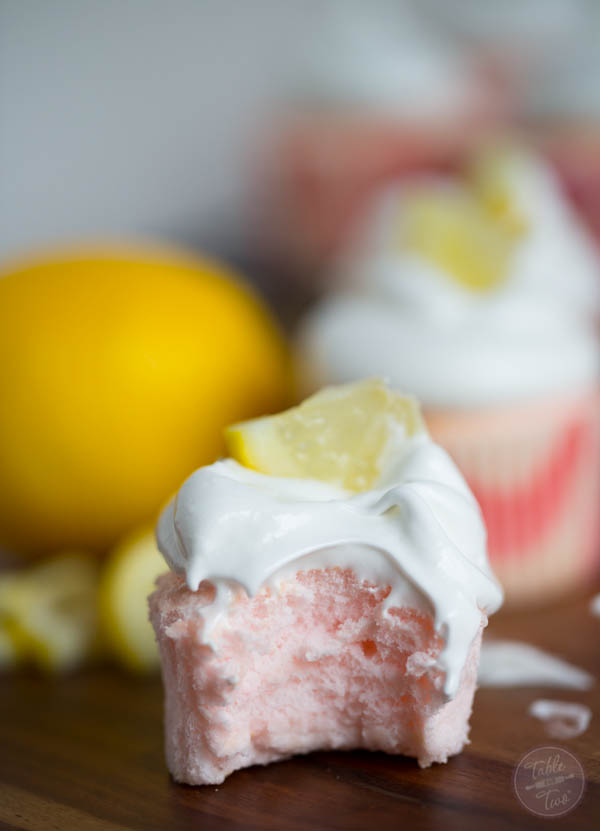 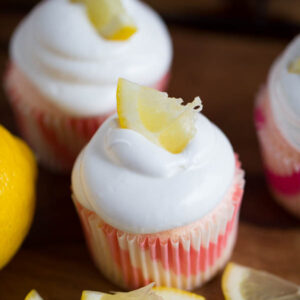 For the marshmallow frosting

So first off, these are AMAZING! And the frosting is so much better than jet puff, or any other regular frosting, it's the perfect complement not only to these cupcakes but anything you could dream up! I was just wondering though, does it need to be refrigerated if I'm not going to use it right away? Thanks for the great recipe ?

They should be fine not refrigerated but I wouldn't go longer than 3 days of it sitting out.

Your cupcakes are amazing. I am so inspired!

AAAH-MAZING thank you! Posted on my Instagram @juliapetreski and everyone wants the recipe

Food, Faith, and Other Fabulous Finds

These turned out really tasty and were my best attempt at an angel food cake so far. Thank you so much for saving me from another fail!