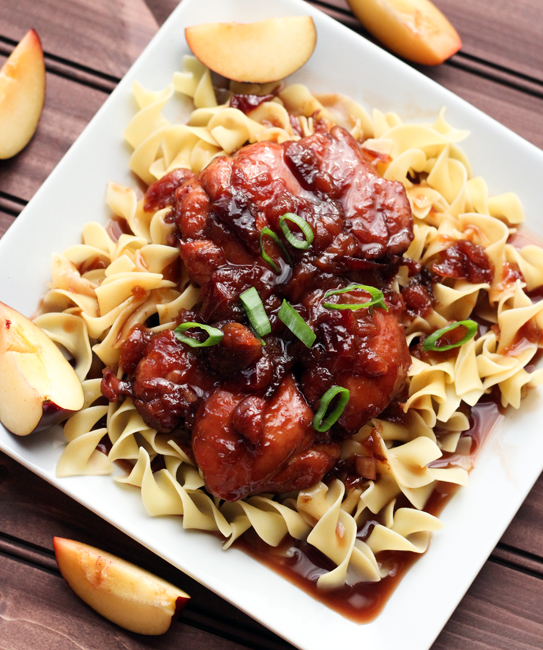 We’re on our 2nd to last recipe for the PW Wednesday series!! I can’t believe we’ve been doing it for as long as we have. Definitely a ton of fun and indulged in some great food!

Gina‘s choice this week was phenomenal. I’m a huge fan of salty sweet so when I saw that this was the next recipe, I was pretty excited. It reminded me a lot of childhood because my mom would make something very similar to this when we were young. 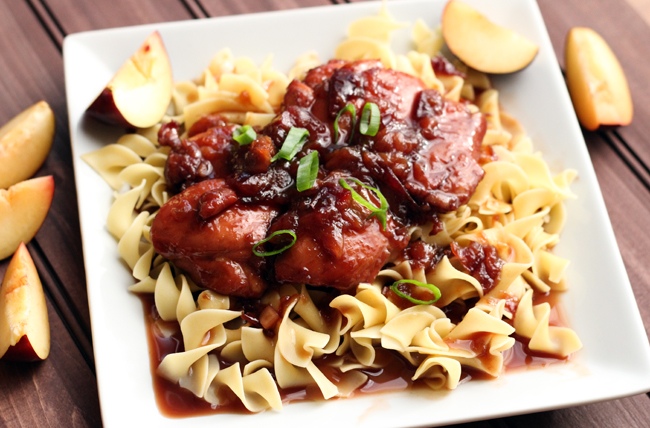 Pioneer Woman said this was an Asian style dish, and while I agree with all that, I wanna know what was going through her head when she decided to use an entire 20 oz. bottle of soy sauce for this dish?! Seriously, have you tasted soy sauce? A little goes a looooooooong way. I’m glad most of us know this. I feel bad for people who bought this book and don’t and followed her recipe exactly and dumped in an entire bottle of soy sauce. You might as well eat salt rocks while you’re at it.

I thought the dish, with the soy sauce heavily reduced, ended up awesome. It had the sweet flavor from the plum preserves and plums and the wine gave it a little boozy action. Most of it cooked off but I added a tad bit more than what was called for. The thickening of the sauce that you can drizzle all over the noodles was heavenly. This was even better the next day too! I couldn’t get enough of this dish.

I didn’t make many modifications this time around because I liked all the flavors in this dish. Some of the ladies switched it up and used different preserves/marmalades, but I kept with the plum. I think the only modifications I made were: halving the recipe, using only 1/3 cup of soy sauce, and cooking it for only 30 minutes. I also let the sauce reduce for 20 minutes (after I removed the chicken) to have it thicken up a little.

Gina has the recipe over on her blog today so be sure to grab it!

Here are everyone else’s fabulous takes on this recipe:

I thought this looked amazing but unfortunately didn't see it on your site and only cut the soy by half. Whow it was still way to salty. Ruined all my lovely ingredients and has nearly put me of trying anymore of Rees recipes. ?

It's linked below saying it's not on my site but my friend's site.

I love your honesty. Very refreshing. This looks so good, I could definitely eat a plate or two of this.

Great adaptations, Julie. The 20 oz bottle of sauce is definitely a bit extreme.

This looks so good! A whole bottle of soy sauce is just crazy! Love the photos!