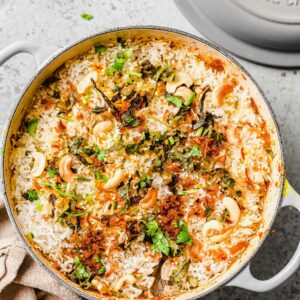 You can use soy curls or fried tofu/paneer in place of the veggies. You can also use canned chickpeas instead or along with the veggies.