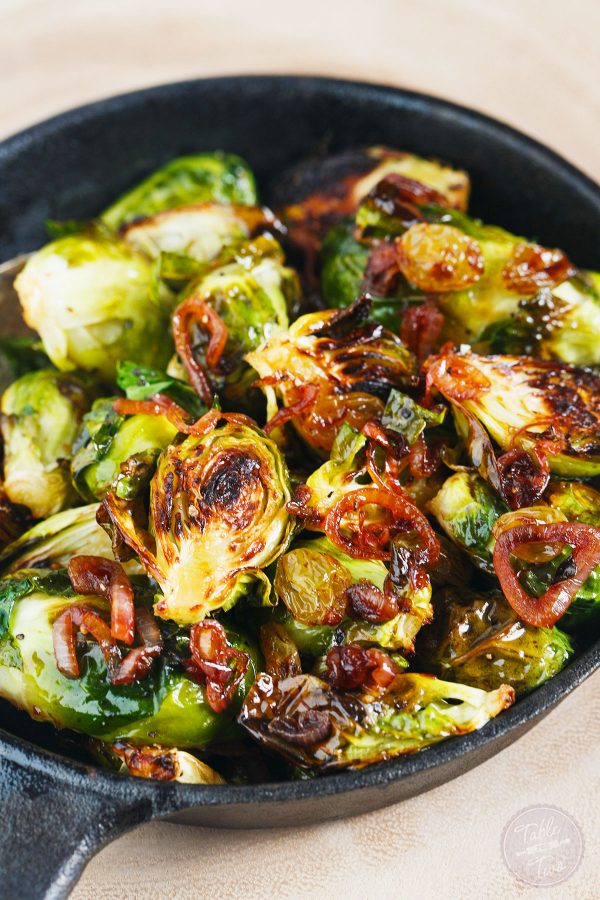 What does it say about a 30-something person who cheats at a baby shower game just to win a prize?

I was at a baby shower yesterday and when you entered, you were given a necklace with four pins on it. Throughout the day, if you said ‘baby,’ ‘boy,’ or ‘blue,’ you would have to give up one pin to the person who calls you out on it. At the end of the baby shower, whoever had to most pins would be the winner. Well, when the host announced that there was 15 minutes left, two girls walked up to me and said, “woah, how many do you have?” and I said I had “eight” and they said, “oh wow, so I guess eight is the number to beat.” Mind you, these girls, one of them had five pins and the other had four pins (keep this in mind for later). When the host gathered everyone and said, “who has higher than four pins left?!” and I said, “I have eight!” one of those girls said, “I have nine.”

Way to cheat for a prize. I’m not even pissed about the fact I lost. I could really care less. I’m just pissed that someone in their 30’s would CHEAT at a BABY SHOWER game. That’s just so childish! 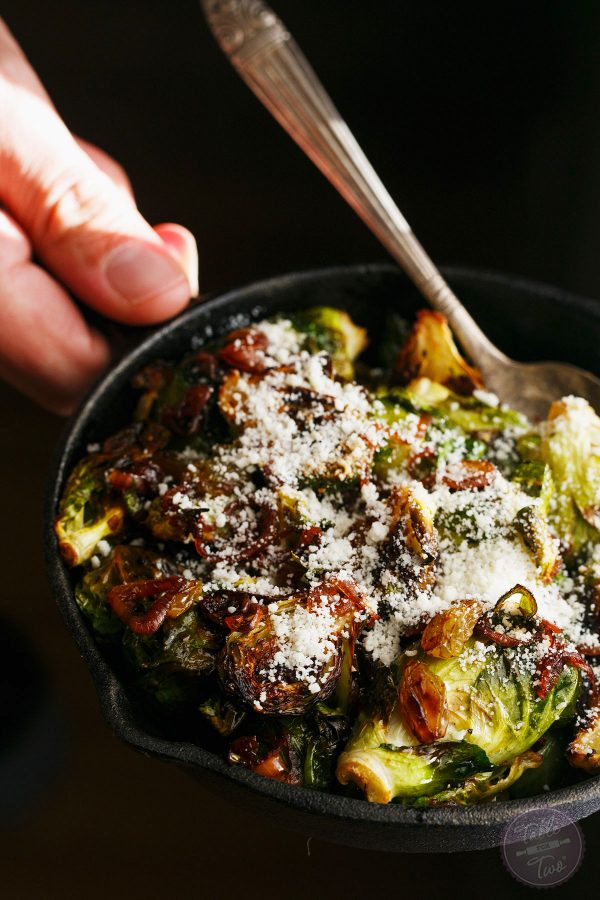 If I had to choose a favorite vegetable of ours, it would hands down be brussels sprouts. We eat them weekly and every time we see them on the menu at a restaurant, we order it. There is just something about roasted brussels sprouts that makes them SO addicting.

There is nothing more delicious than caramelizing shallots, tossing the brussels sprouts in balsamic vinegar and golden raisins, and topping the entire dish with cotija cheese. The salty bite rounds out this tangy and sweet brussels sprouts dish! 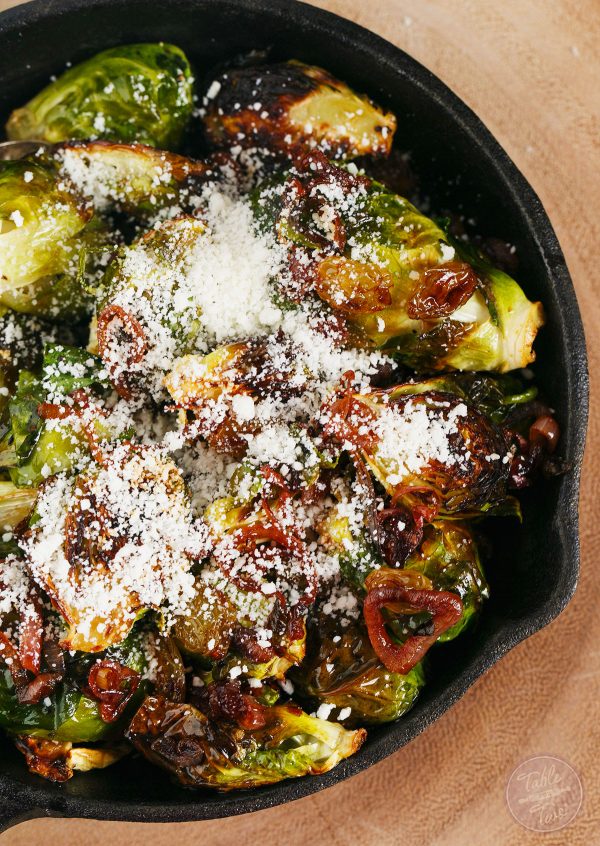 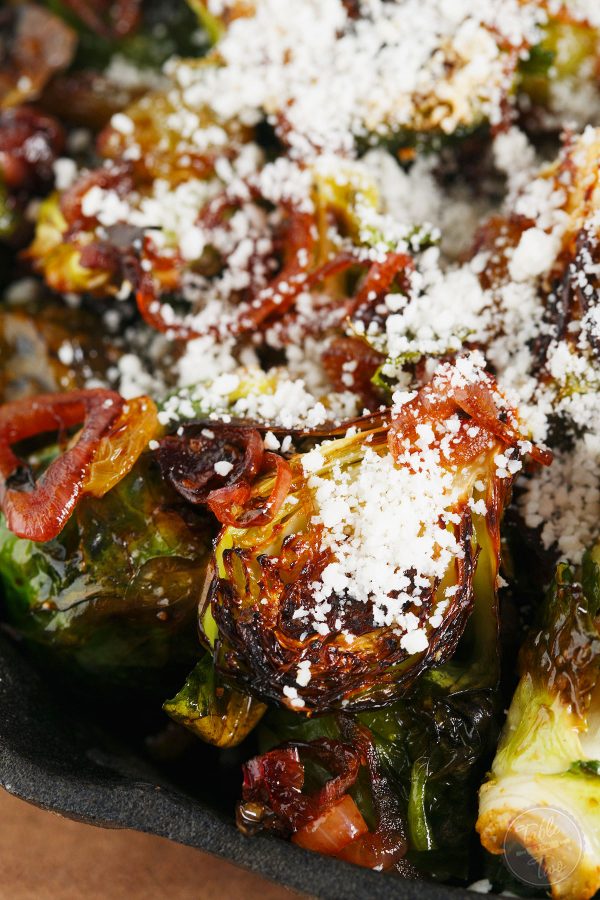 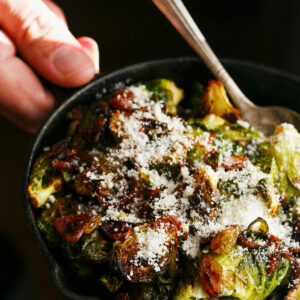 Do you think this would be equally delish with dried cranberries instead of raisins? I have an abundance of them right now.

It's "couldn't care less", not "could care less." THINK.ABOUT.IT. Google it if you have to. You're welcome.

@Sam, glad to see your internet connection is working from your grandmas basement

These brussel sprouts are baked to perfection!

These are perfect!! The more crispy the better!