Skip to Content
STAY INSPIRED: RECIPES DELIVERED TO YOUR INBOX
Jump to Recipe | Save RecipeSaved! 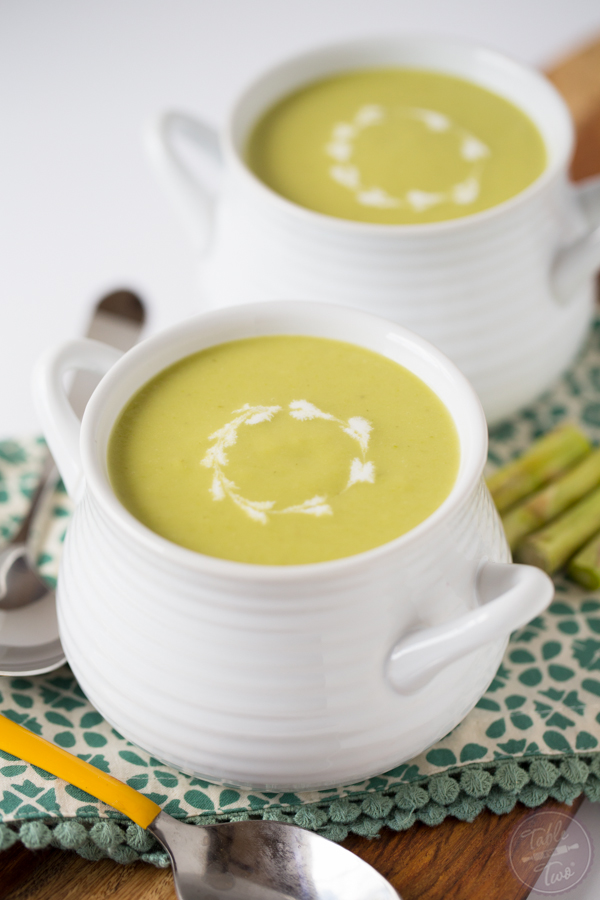 I rode out my first hurricane at the beach this weekend! Obviously that’s not exactly something to be proud of since they can be so devastating at times but since we basically had nowhere else to go, we had to just ride it out so I got to experience a category 2. Not something I’d wish for, by any means, but again, since we were there and had no other choice but to ride it out, we did the best we could. It was definitely freaky. The entire beach house was shaking! The glass windows were wobbling and shaking, too. I’ve never experienced that before. It felt like an earthquake along with a crazy amount of rain. I’m thankful that we were all able to get out of it safe and sound and that the storm wasn’t a super nasty one. I know a lot of people lost power but hopefully all that is restored now. After the hurricane, we were left with gorgeous beach weather which we were sure to soak up for the last two days that we were there. This is probably our only beach trip for the year and I’m thankful that the weather cooperated despite the hurricane! I also got the chance to meet up with one of my Pure Barre instructors who also has a beach house where we were. We spent a good two hours at the pool on Saturday just soaking up the rays and chit-chatting the day away. Isn’t it such a small world?

We saw gorgeous fireworks over the sound where our beach house was and although they were from afar, the view was still spectacular. I love the bright light explosions in the sky. Beach + family + good food + drinks = a great long weekend to celebrate America’s birthday! How was your 4th? 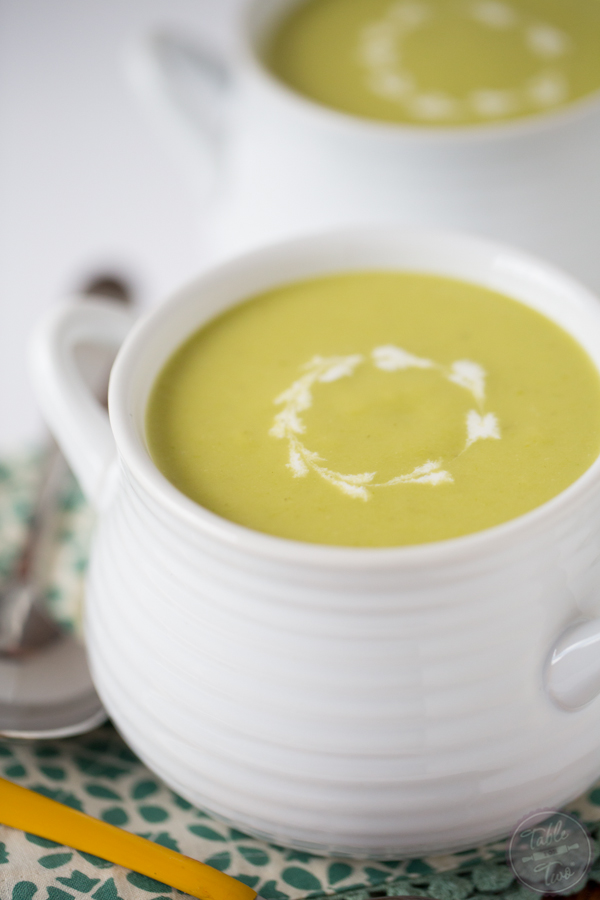 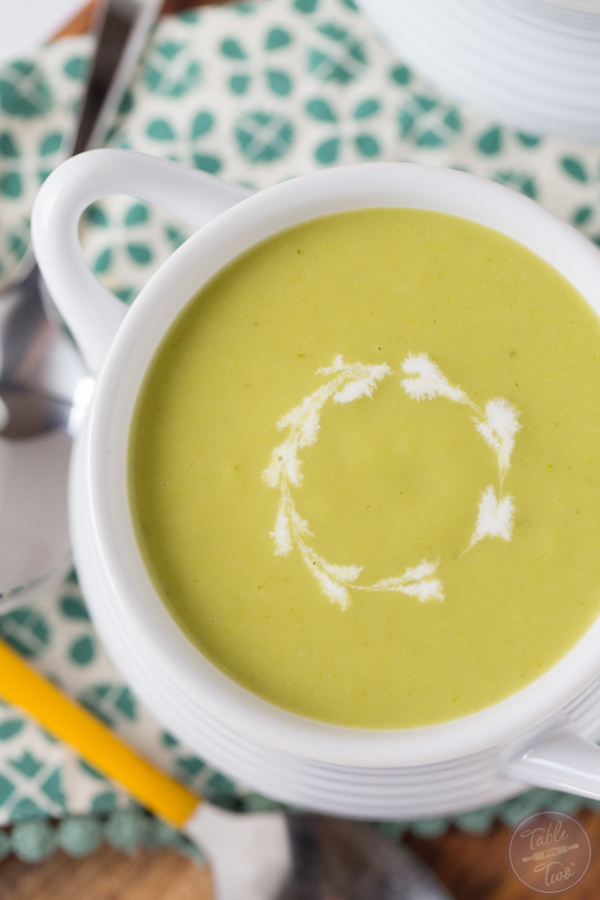 Remember for our one year wedding anniversary, Jason and I went to The Inn at Little Washington? And do you remember me RAVING about the chilled creamy asparagus soup shooter we had there as one of our appetizers? Oh my goodness, I really could NOT stop thinking about the soup and I immediately went on a hunt to look for the recipe to recreate it at home. I finally found it online (it’s actually in owner Patrick O’Connell’s cookbook) and went to the store to grab all the ingredients and made it! It makes a huge batch and we probably had it three times a day for a good three days or so. We couldn’t get enough of it. It was awesome to have it in the warm weather, too. The chilled soup was just so refreshing and cooled you down! The flavors are outstanding and there isn’t a flavor that is overly powerful (even if it’s called asparagus soup). They’re all very subtle but it all comes together perfectly in one of the creamiest, most luxurious soups I’ve ever had in my life. The longer you have it sit in the refrigerator, the even better and thicker it gets! 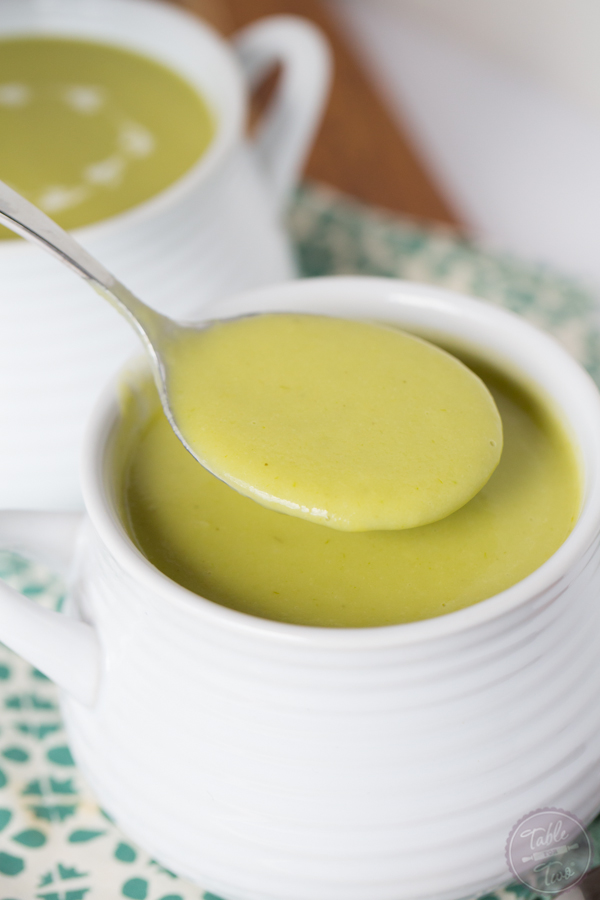 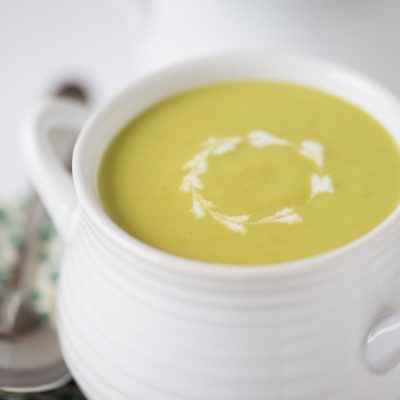 You can serve this soup chilled (recommended) or warm. Depends on what you prefer. Chilled is SO good - definitely give it a try!

So glad you survived that hurricane! I was at the beach with 80 mph winds only one time, and it was both terrifying and exciting watching the giant waves whipping up a meringue foam. Actually, one time was enough! This soup sounds fantastic. I would love to know how you did that beautiful little design on top.

I just put dots of sour cream on top then dragged a toothpick through the dots :)

I pinned this recipe two days ago and made it last night because I was so eager to try this. This is my first time EVER leaving a comment on someone's recipe...but if I had a chance to rate this out of five stars, I'd give it ten. And my husband and I have only tried the warm version right after it was finished cooking last night! I have been waiting (not so patiently, I might add) for tonight. We'll have it chilled with a grilled cheese on the side. My five-year-old has been asking me all day when dinner is! Can't wait to try this chilled! Having it hot last night and so savory...I can't imagine how it'll taste tonight! Thank you SO much for the recipe!

That looks amazeballs!!! I love those bowls too! Super cute!

Nikki @Seeded at the Table

A hurricane!!?? What the what?? Didn't even know of it! Glad you made it through!!