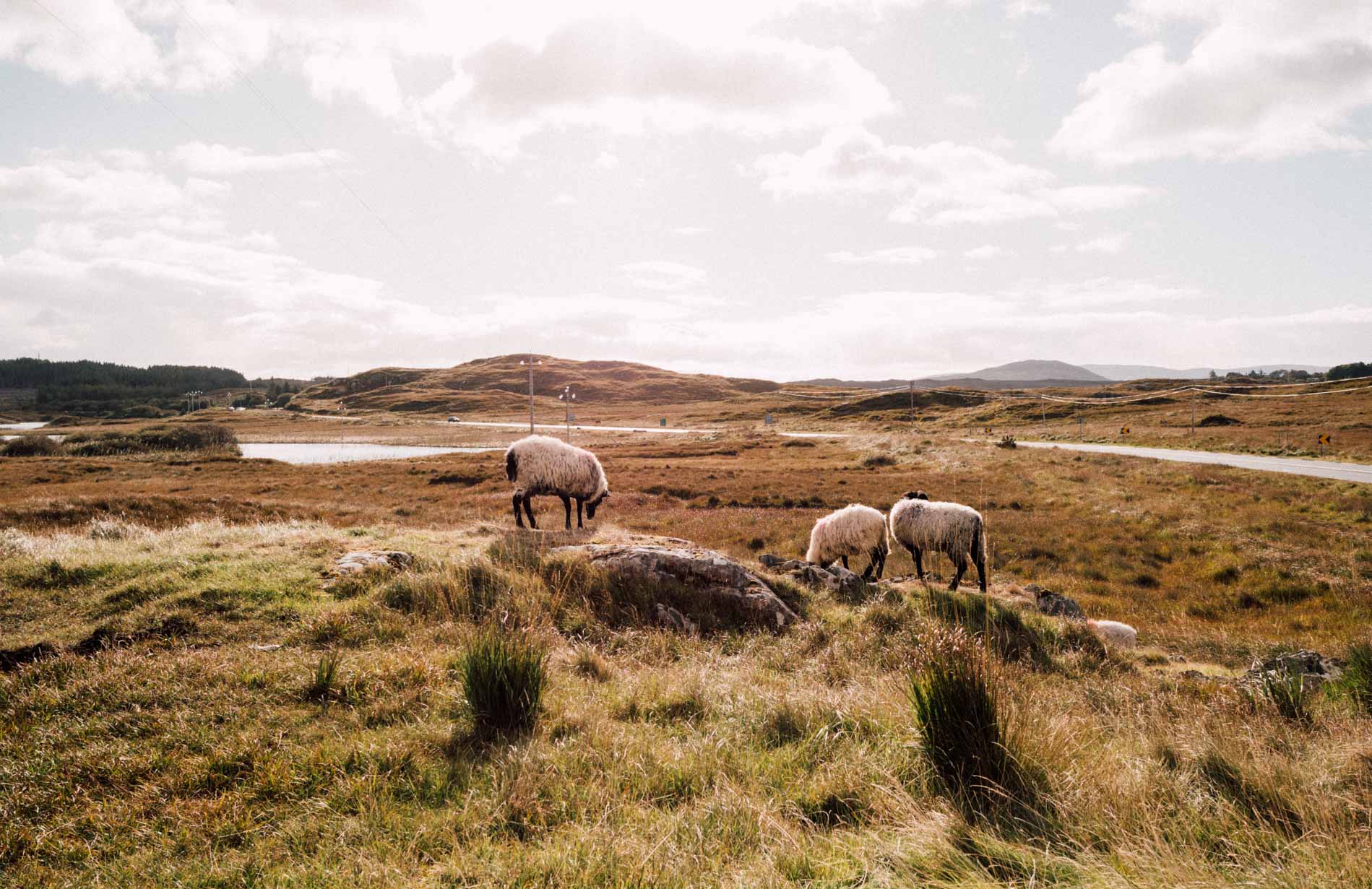 The first thing we did when we landed in Dublin was pick up our rental car and drive straight out to our castle hotel in Connemara area.

Being that we landed at 5:15 in the morning, nothing was open. We pretty much drove in the dark and were chasing the sunrise.

We grabbed a cup of coffee in our terminal before we went to pick up our rental car.

We really wanted to stop in Galway for breakfast and then head to the castle hotel but everything we looked up didn’t open until 8:30 or 9.

However, there was this one coffee shop near Eyre Square that was open so we hopped in there for a latte and breakfast.

Since Galway is only an hour east of Connemara and our castle hotel, we got to our hotel in no time. 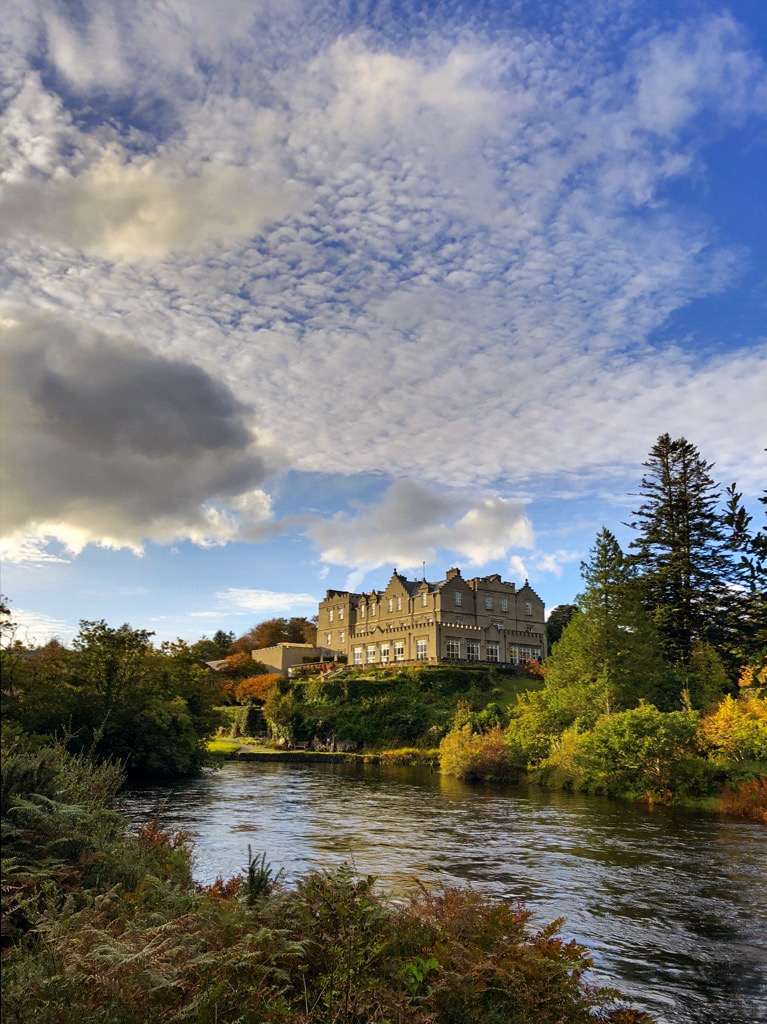 We stayed at Ballynahinch Castle Hotel, an hour west of Galway and right along the Connemara Loop.

When we got there, I think it was only about 11 in the morning and people were just checking out so there was no way our room was ready.

They told us we could just lounge in their two sunrooms and walk around the property until our room was ready. 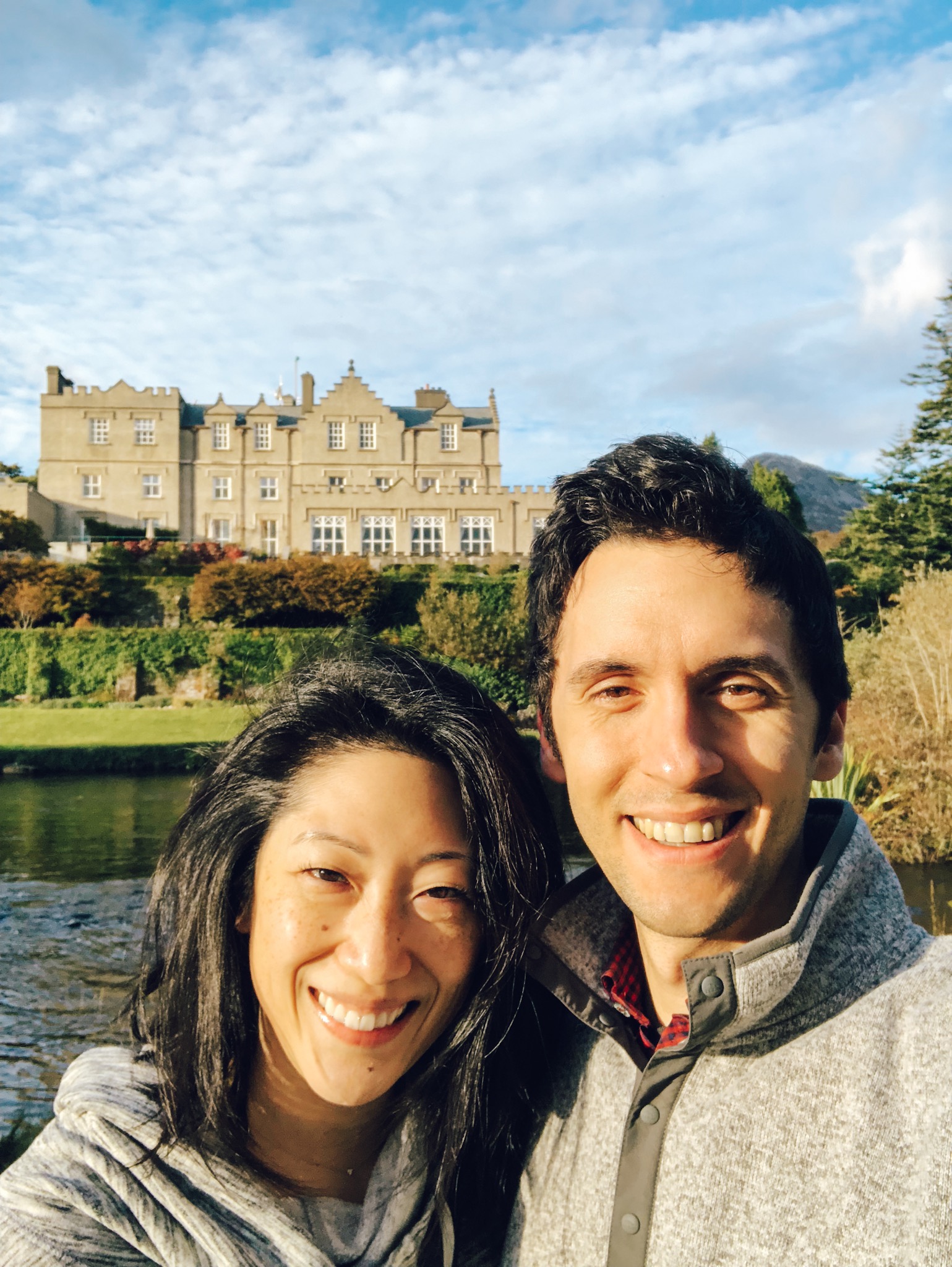 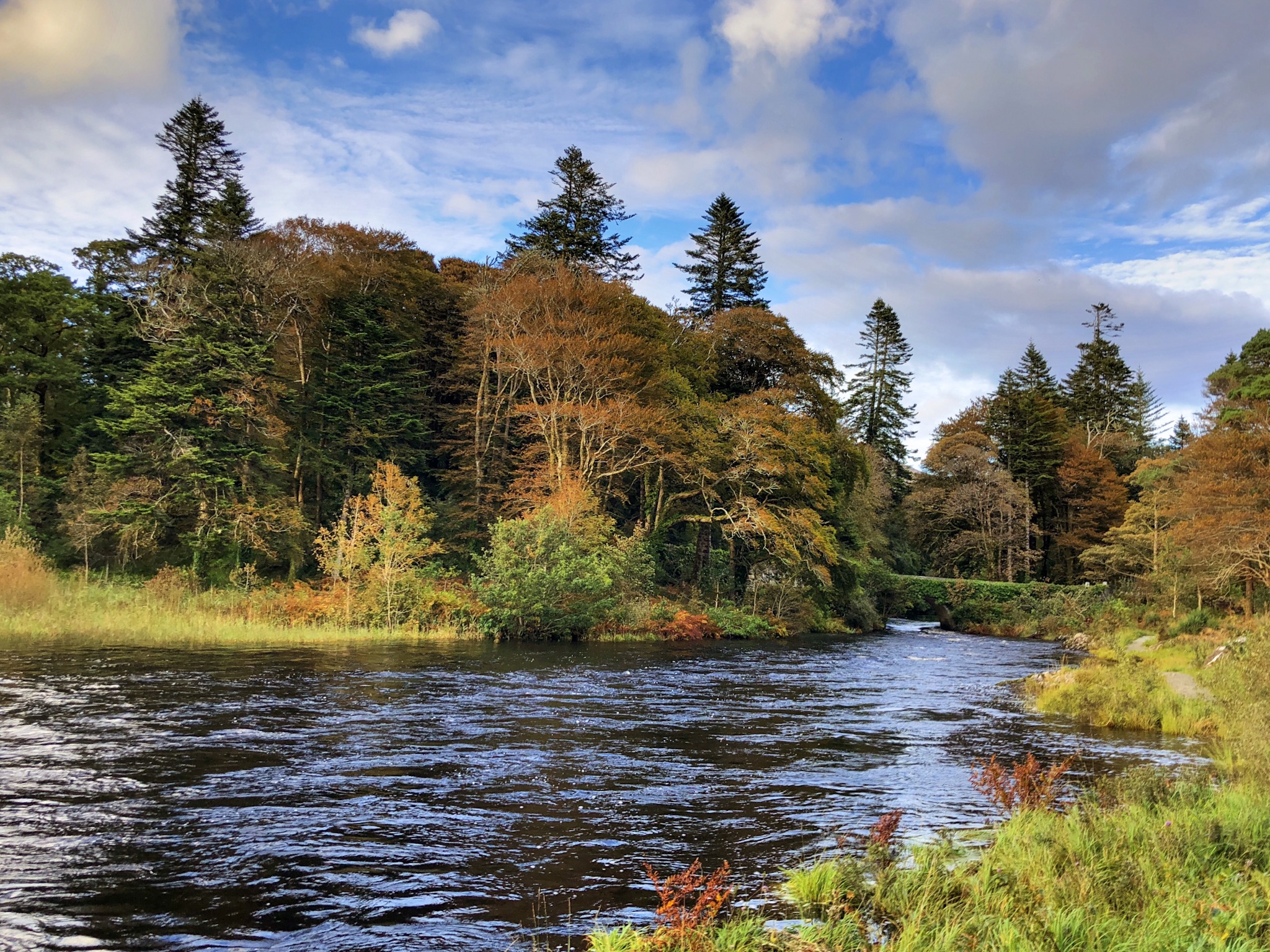 To kill time and to get the lay of the land, we walked around the grounds of our castle hotel.

It is literally out in the middle of nowhere and it was so peaceful and serene.

We came back into to the common area, sat in front of the fire, and I fell asleep for a good 30-45 minutes (since we flew in on a red eye and hadn’t slept since the night before).

What I love about hotels in Ireland is all the common areas have giant, real fire wood fires. The smell is intoxicating and it’s SO blazing hot. I LOVE IT. 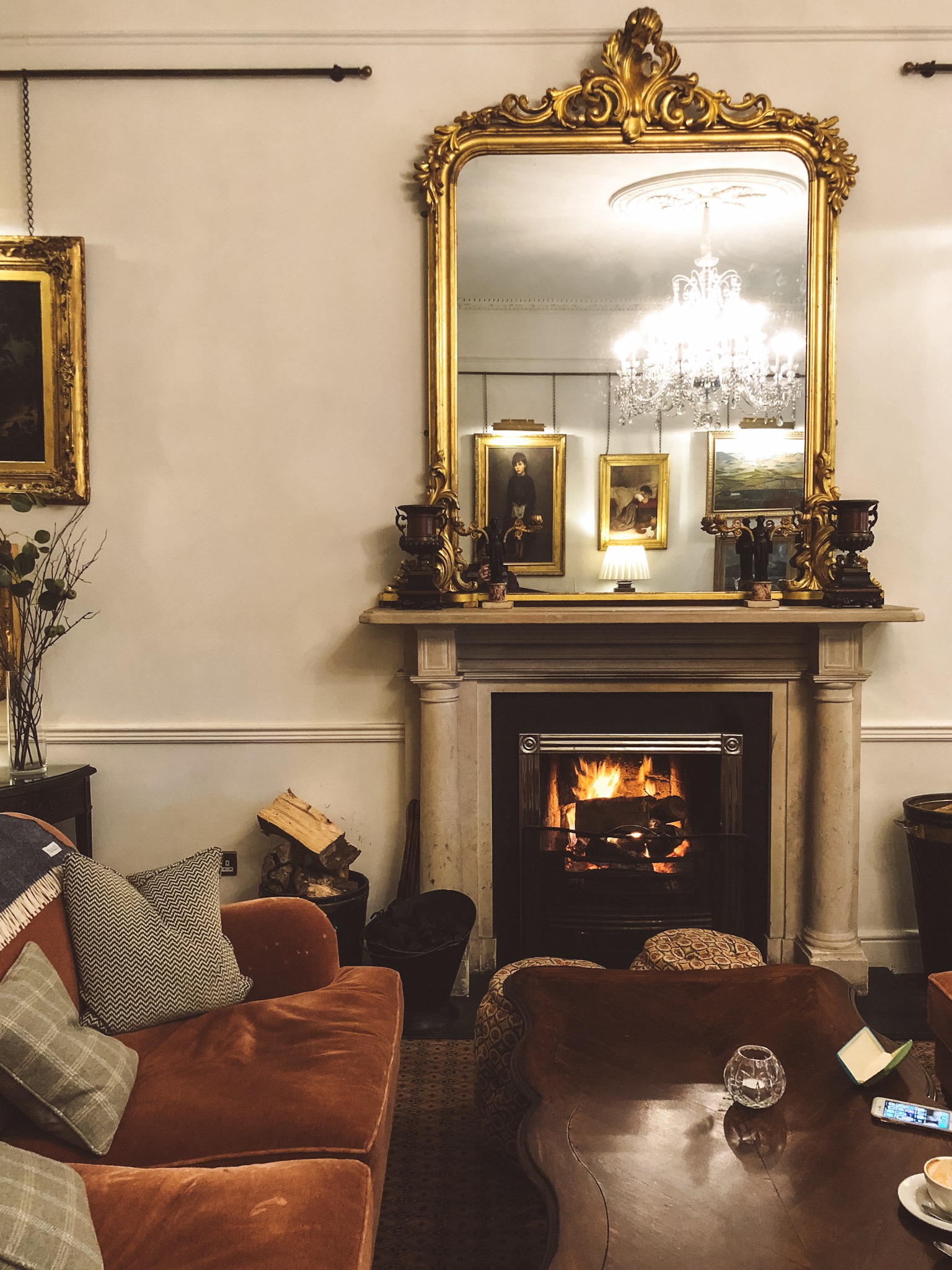 The very nice lady at the reception knew of our red eye and how tired we were so she gave us a room rather quickly; before check-in and it was an enormous suite with a killer view. 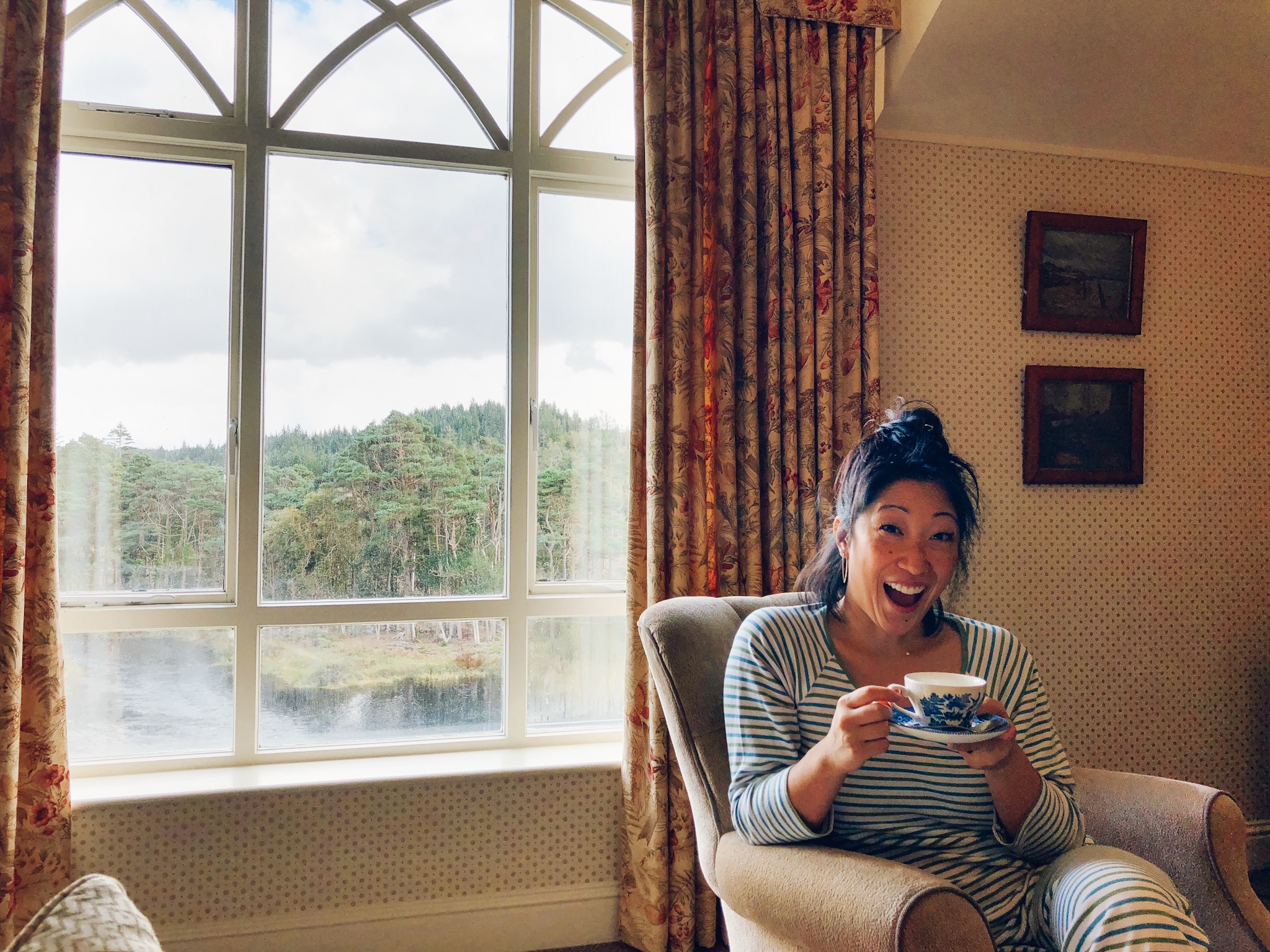 I immediately showered and changed into PJ’s until dinnertime.

We slept like babies that night but we woke up bright eyed and bushy tailed for our adventures in the Connemara Loop! 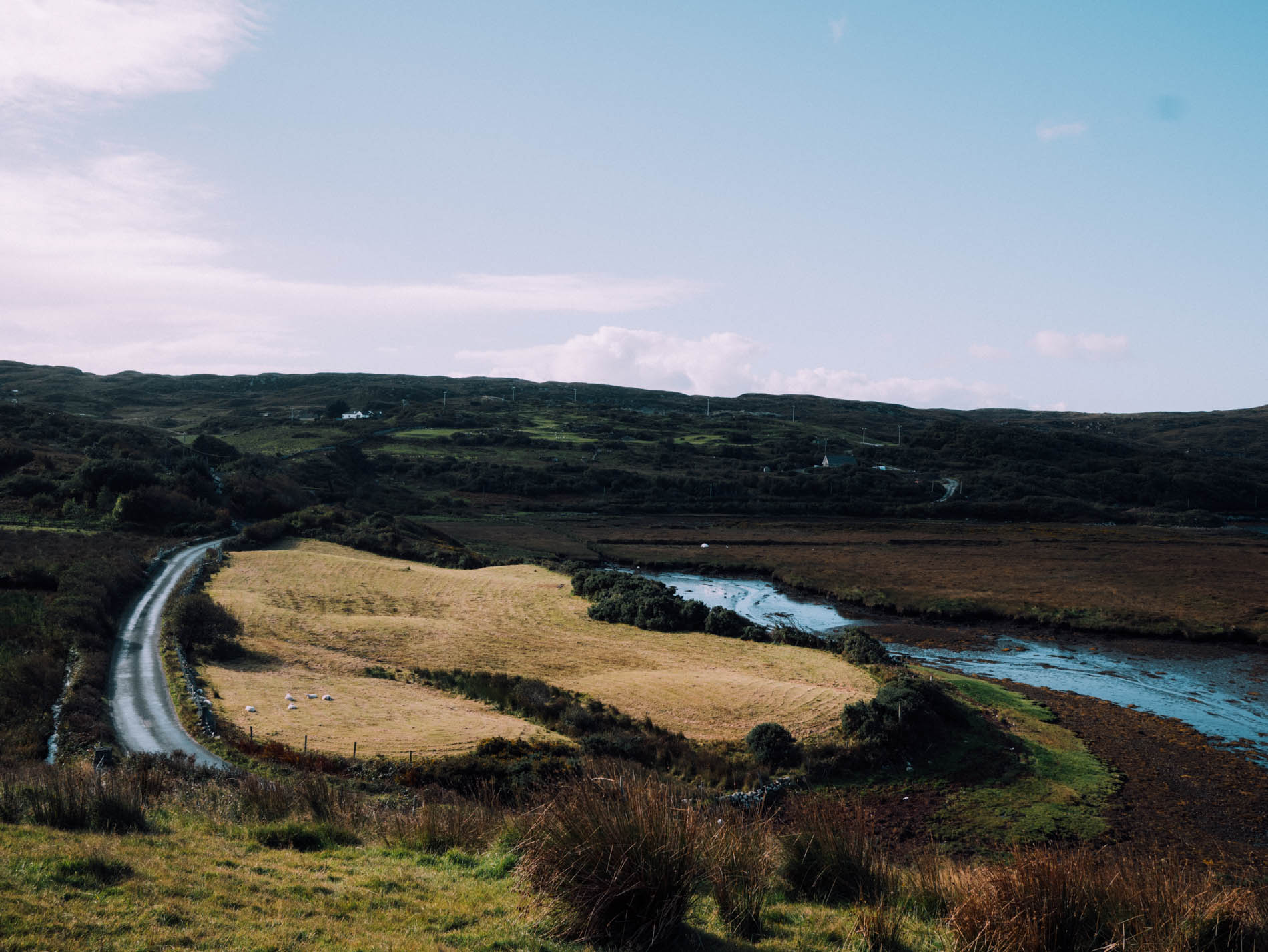 We had a rough idea of what we wanted to do that day.

We had highlights but we also had stuff that we left to, “if we have time, we can do it” or “if we’re feeling it, we’ll do it.”

First, we went to Kylemore Abbey. 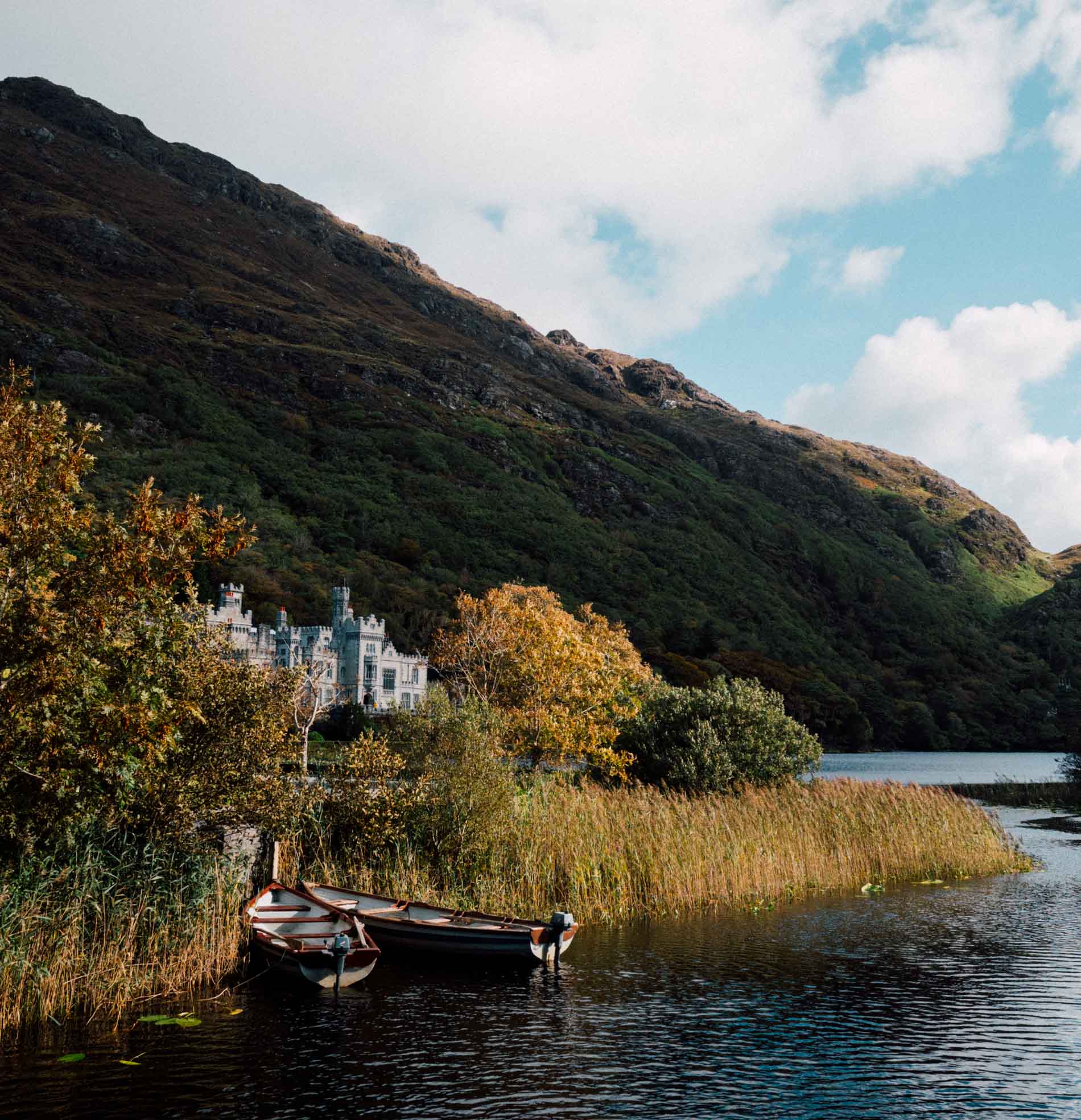 Kylemore Abbey is probably one of the more popular landmarks on the Connemara Loop.

It was built in 1868 by a wealthy man for his wife (who later died of dysentery on a trip to Egypt). He sold it to the Duke and Duchess of Manchester.

In 1920, the Irish Benedictine Nuns purchased it and it became a Catholic boarding school for girls.

I believe the nuns are still there and operate it/take care of the grounds and they opened the grounds for public tours and nature walks in 1970.

Apologize in advance if I got some of the facts wrong; I’m going off of memory here and we did a lot on this trip, haha 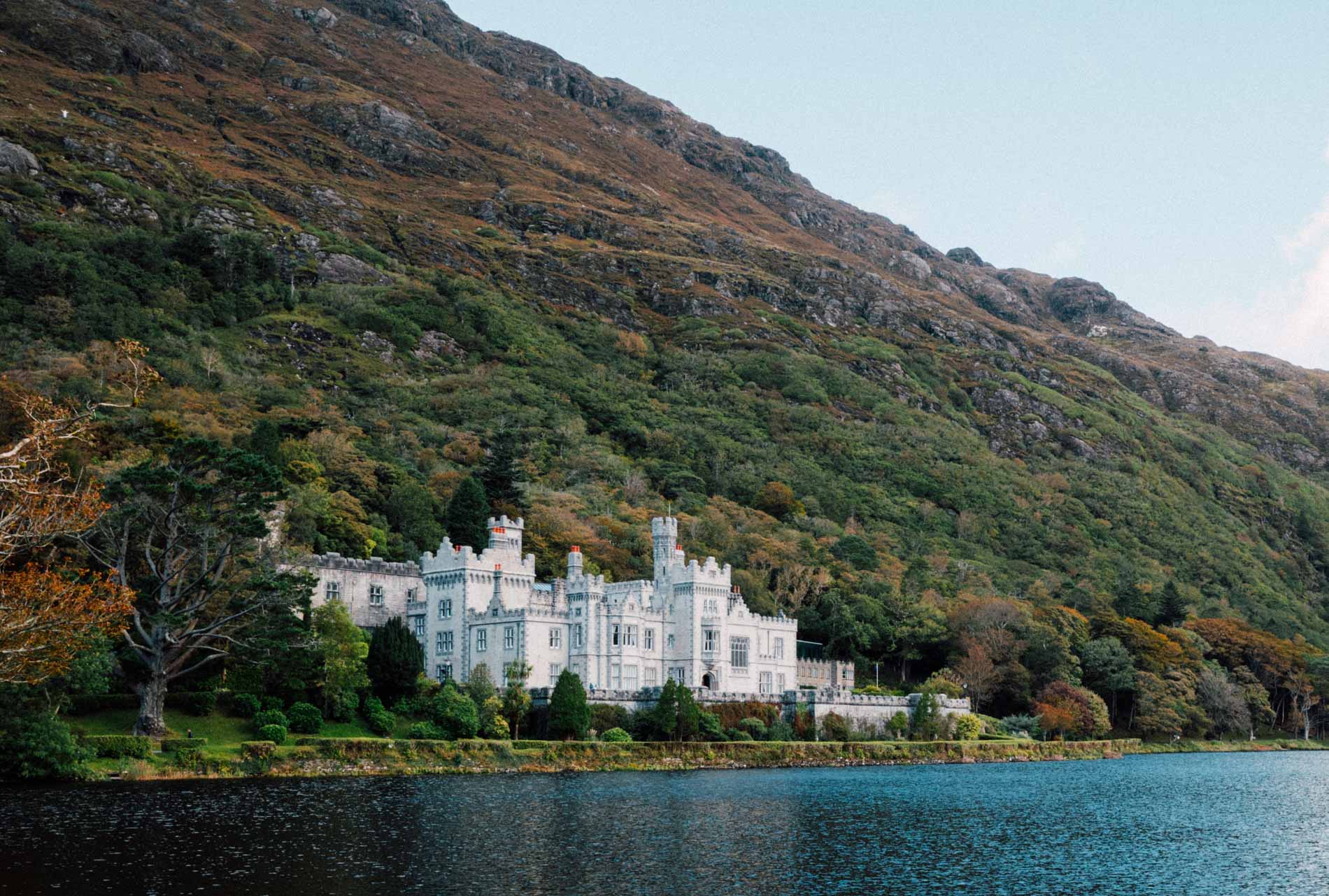 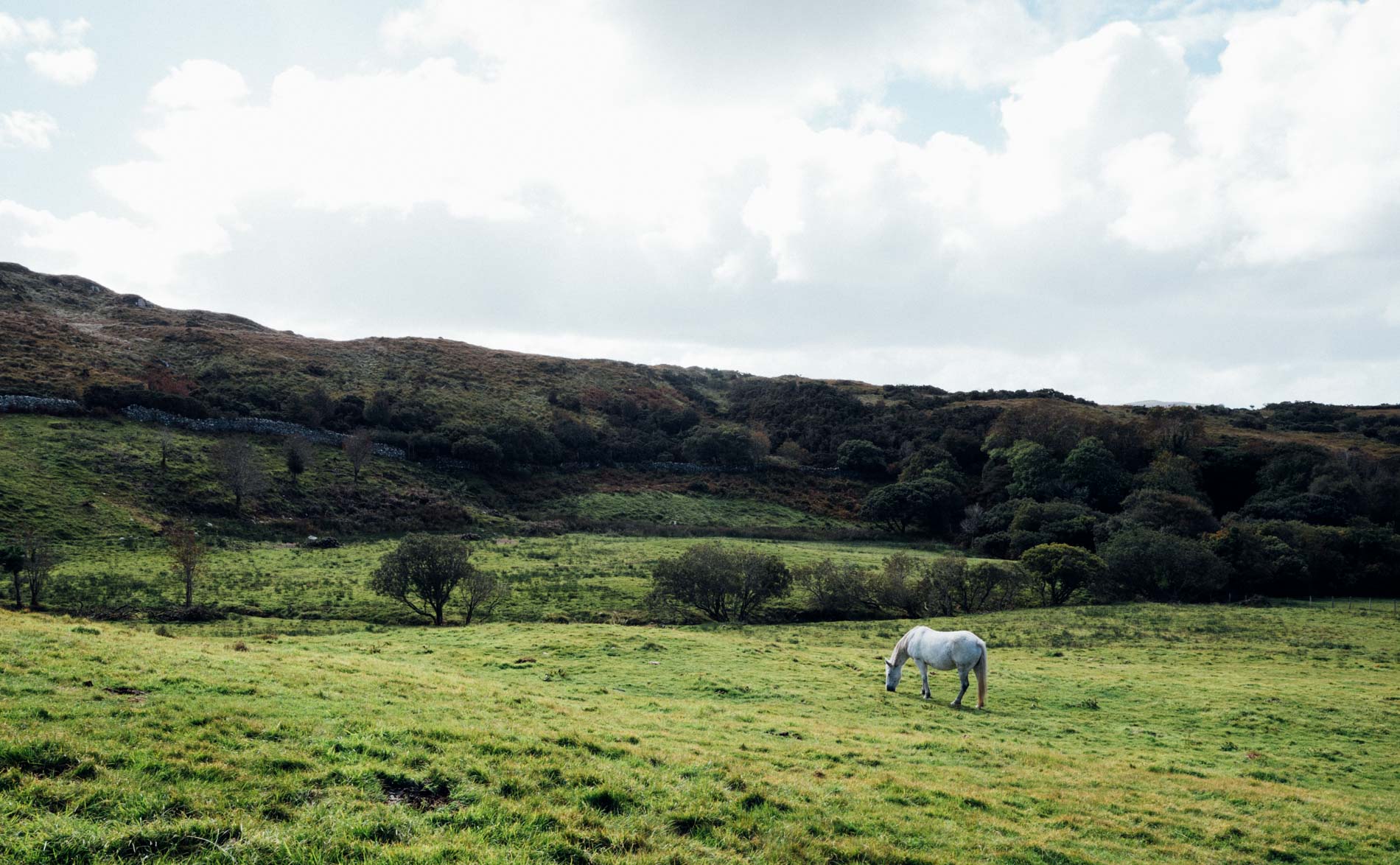 On the drive to Kylemore Abbey, we passed Connemara National Park. It’s definitely worth it to hit it up on your way to the Abbey or on the way back.

We did it on the way back and we actually “hiked” up Diamond Hill.

There are three different trails for it that you can take. We did the intermediate trail/loop because we saw the people that were doing the advanced and holy shit. Haha, it is a climb.

And, of course, it was REALLY windy that day. So windy that your ears would hurt. 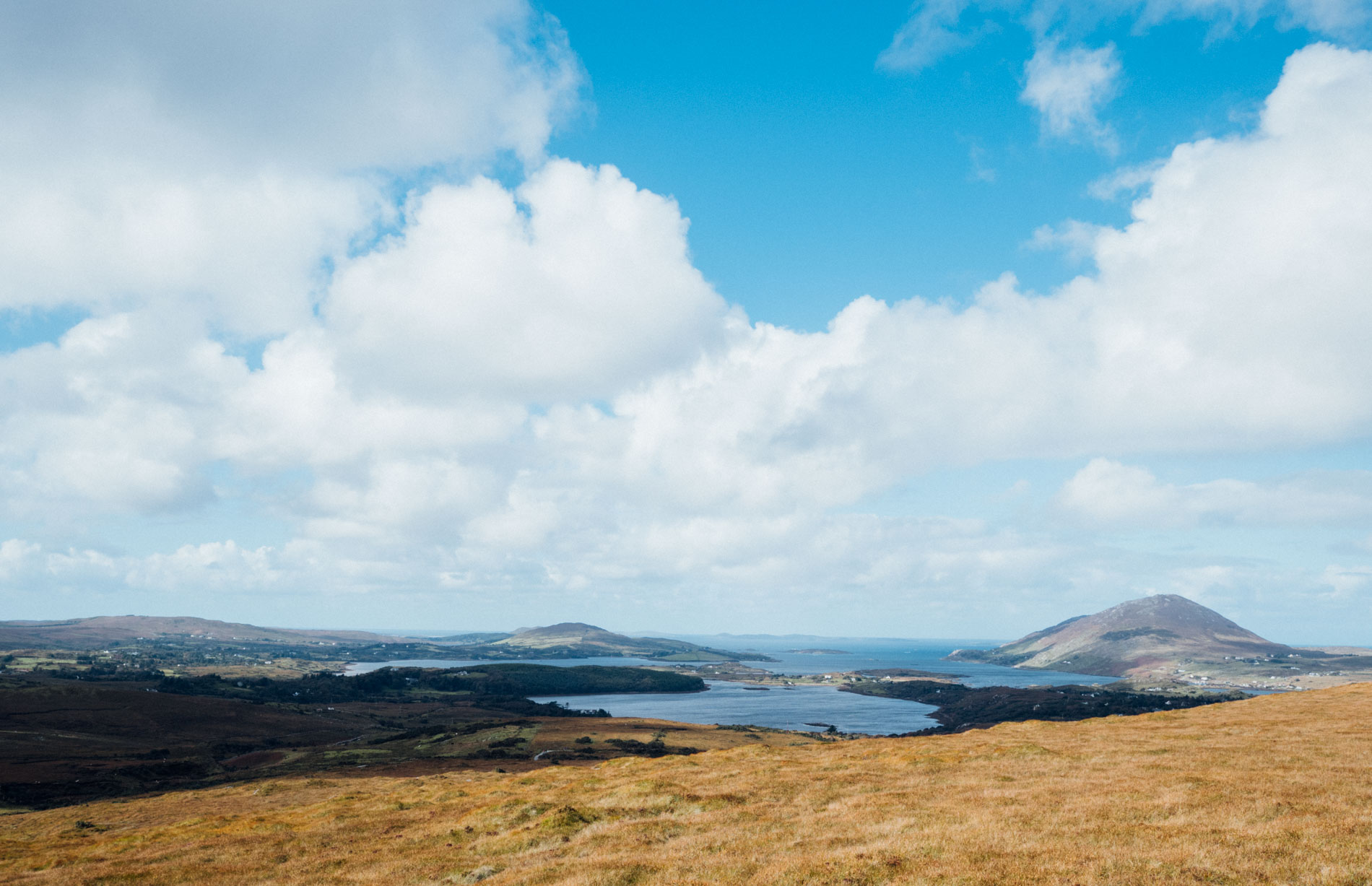 The view once you got to the top was certainly well-worth it.

The paths up were very well-taken care of and there are some steeper rock steps so if you have difficulty with height and/or stairs, I would maybe do the beginner trail. 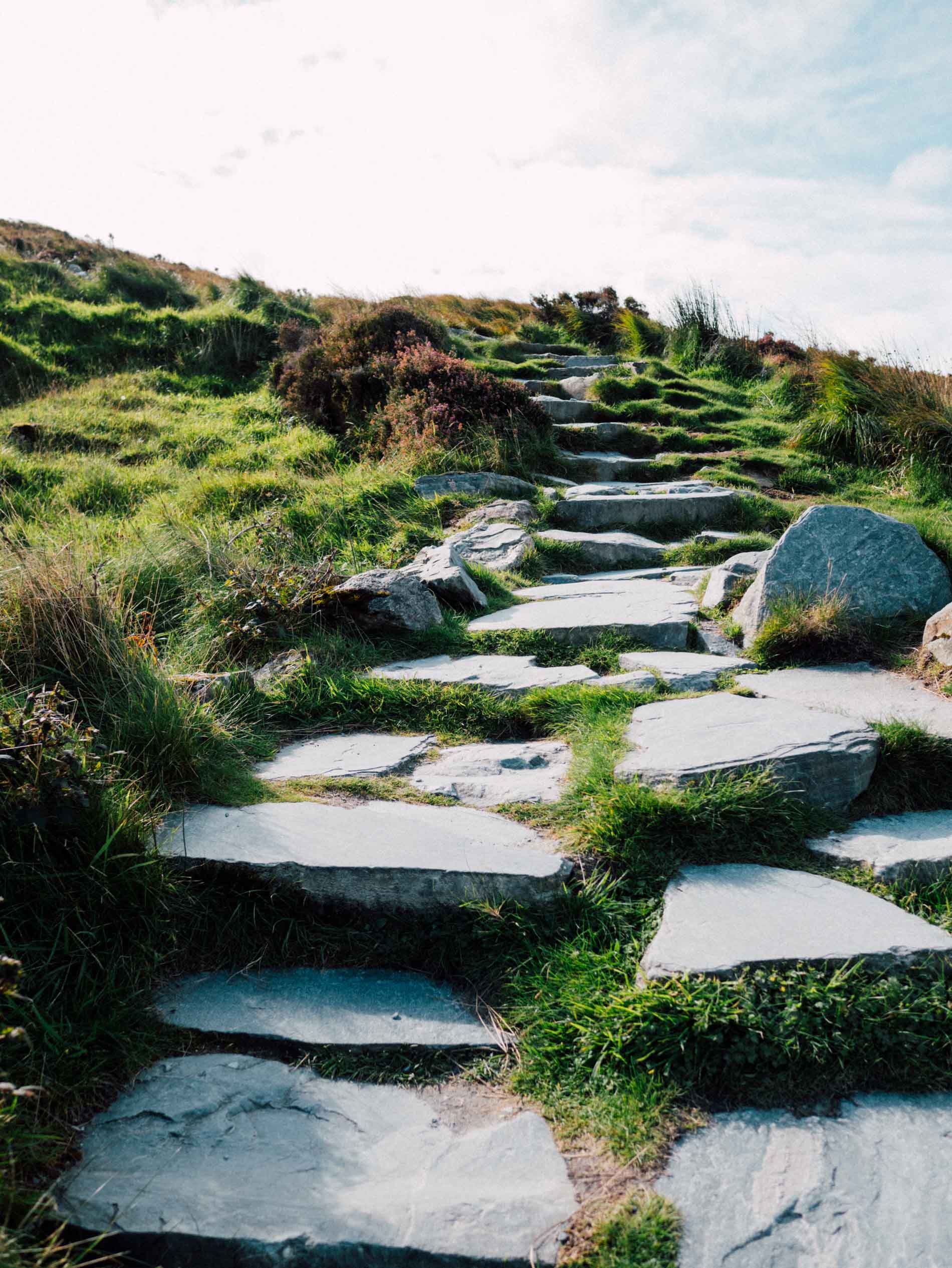 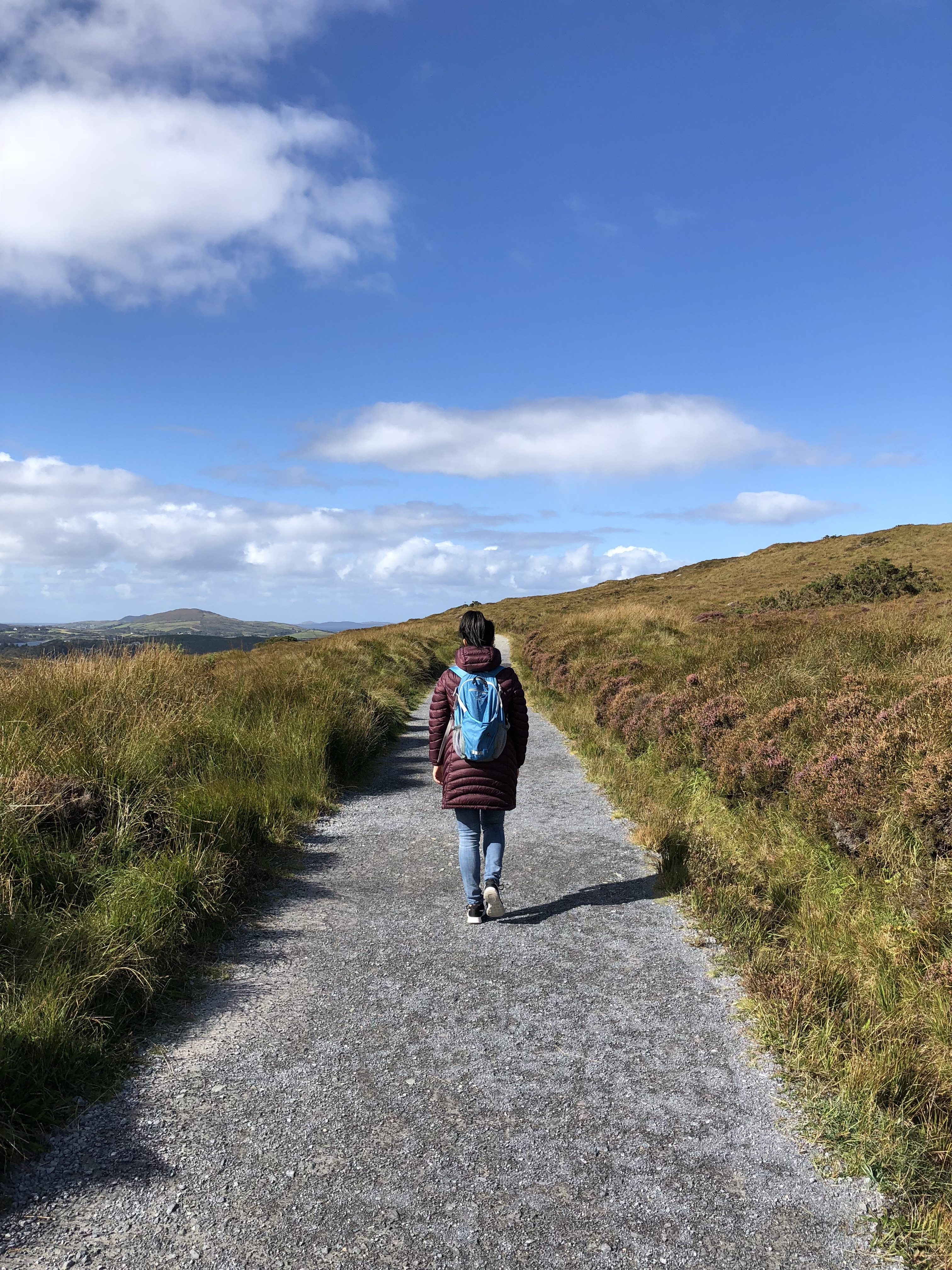 After the national park, we head back towards the town where our hotel near called Clifden.

Jason wanted to see this castle called Clifden Castle and you drive out on Sky Road. It’s this gorgeous, narrow road that twists and turns along the coast. You’re driving along the Atlantic Ocean and it’s breathtaking.

To get to this abandoned castle, you have to park your car and walk about 20 minutes to get there. It’s tucked away on farm land in the hillside and it’s super secluded. It was like your own private castle tour. 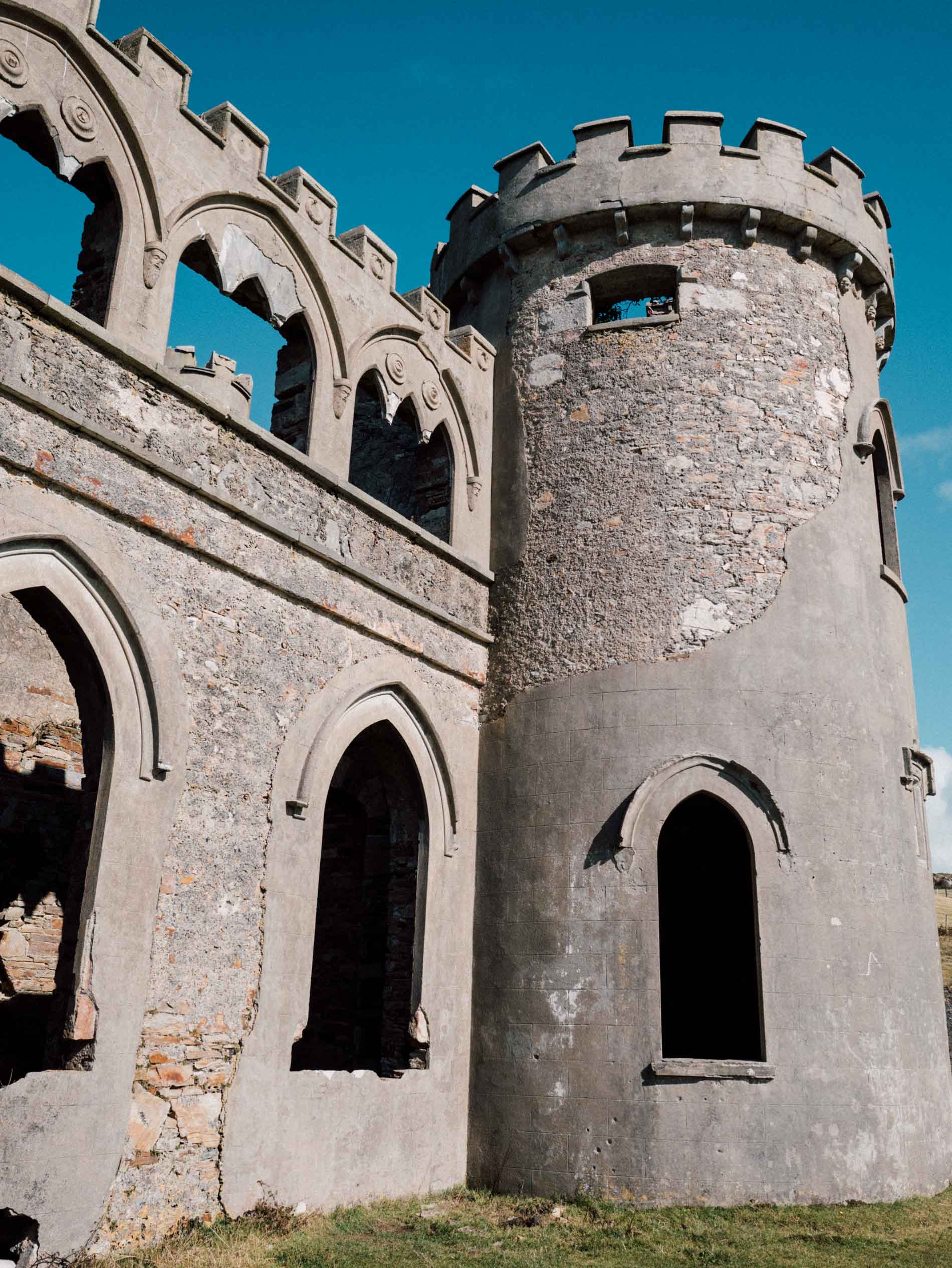 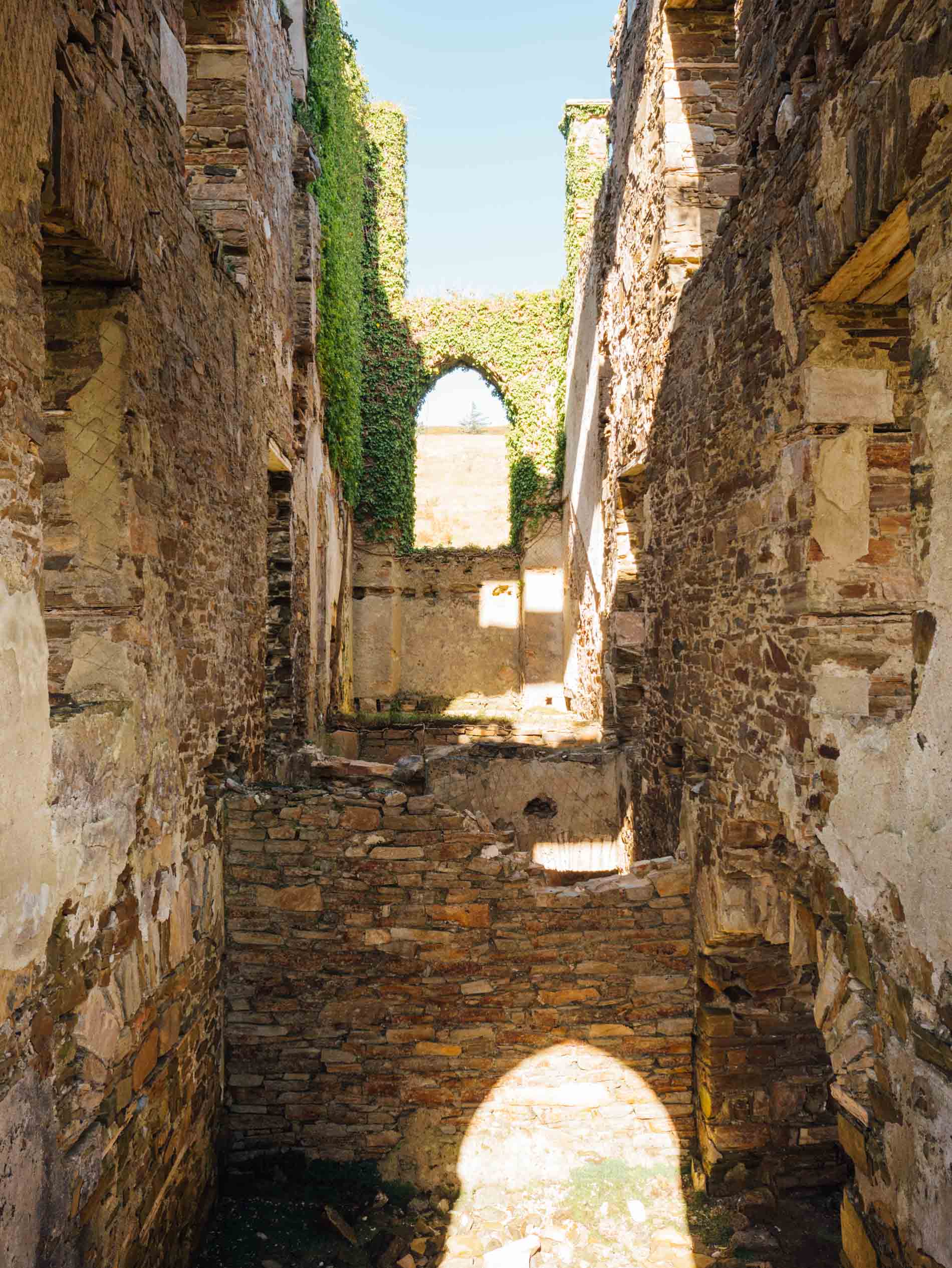 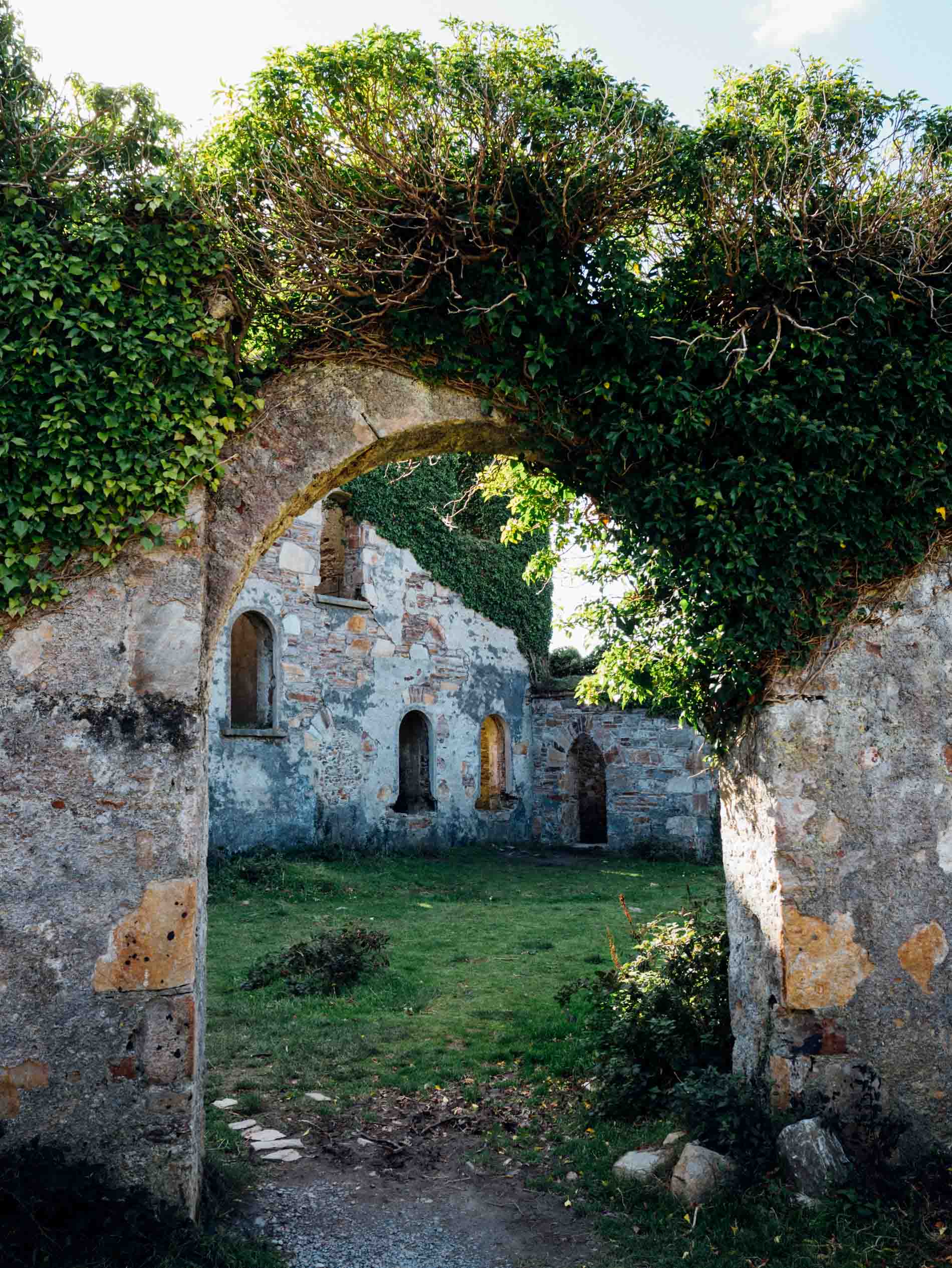 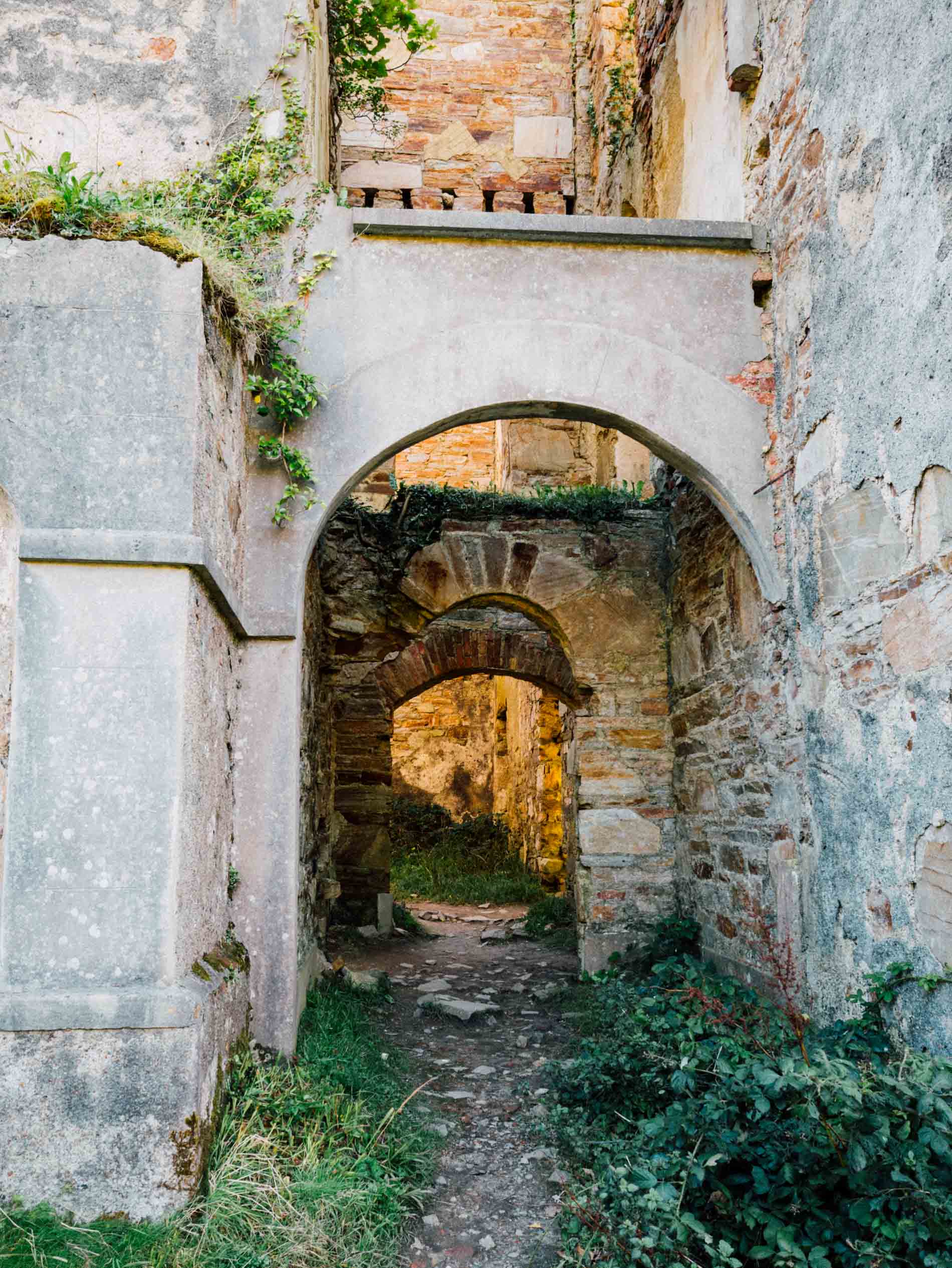 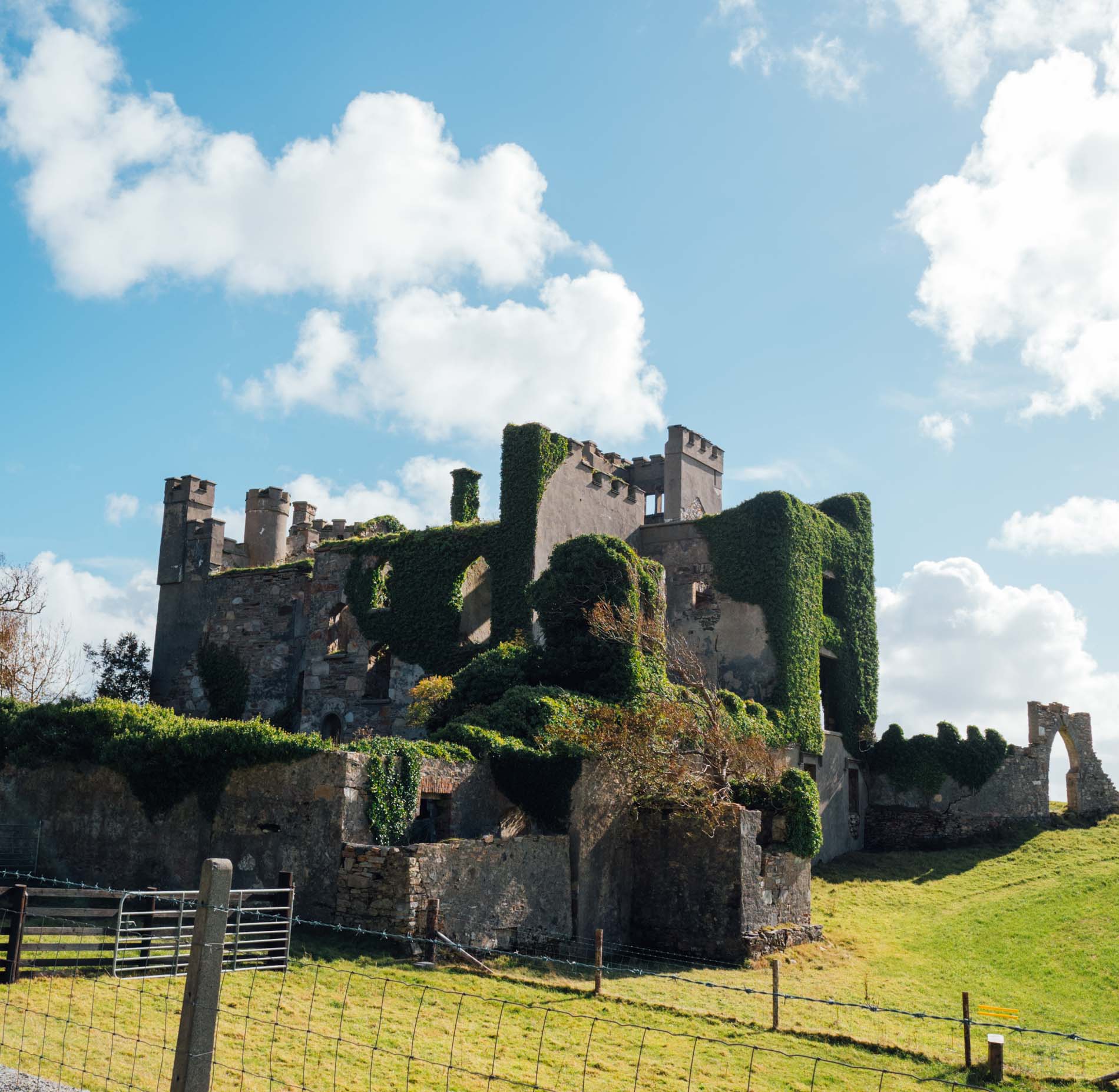 It’s interesting that this castle is not as well-known; probably because it’s so off the beaten path. Like literally you’re walking there and wondering if you are even supposed to be, haha

We found a bit of history about it on Wikipedia. 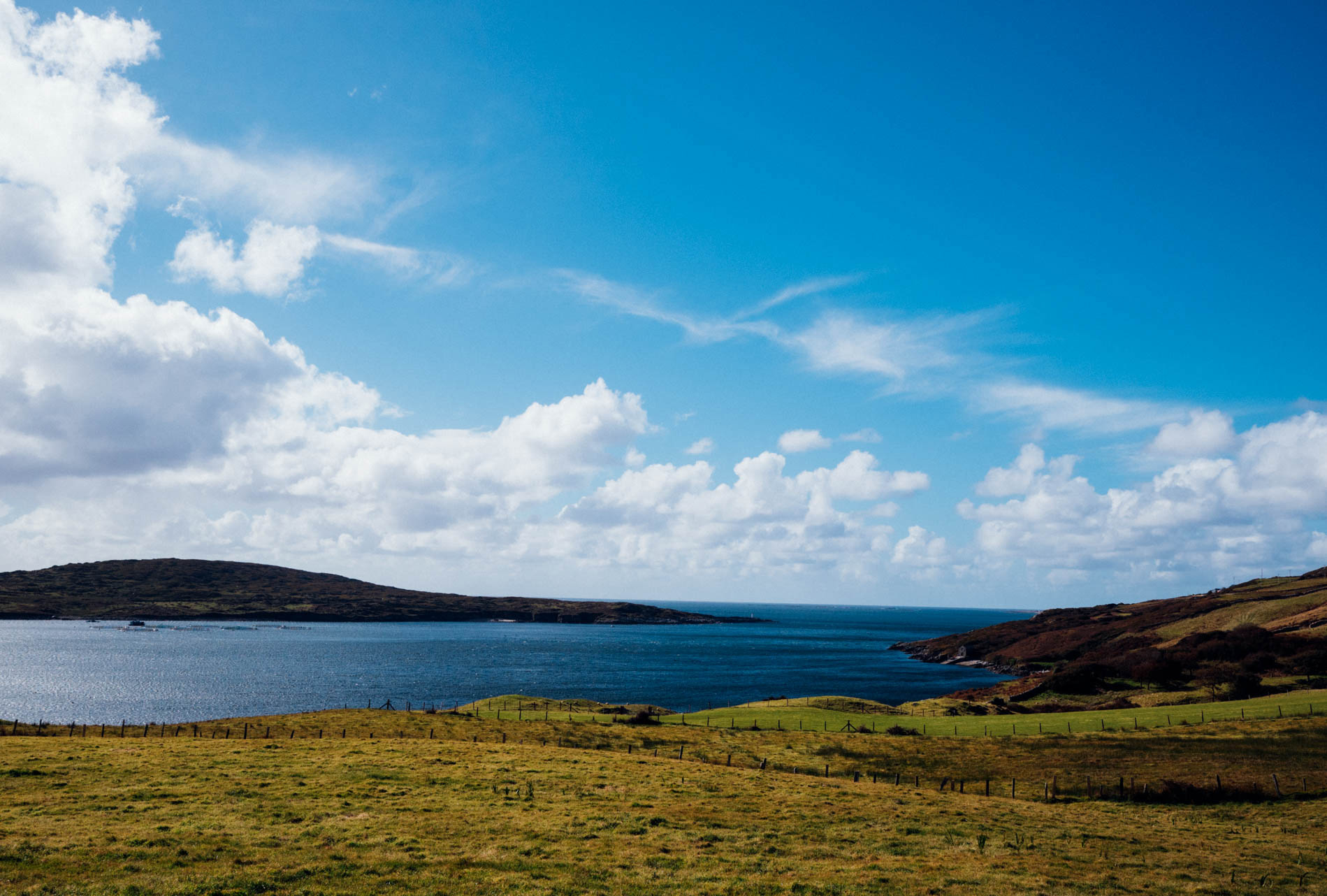 This is what you see along Sky Road. It’s absolutely beautiful!

It certainly helped that we had great weather, haha 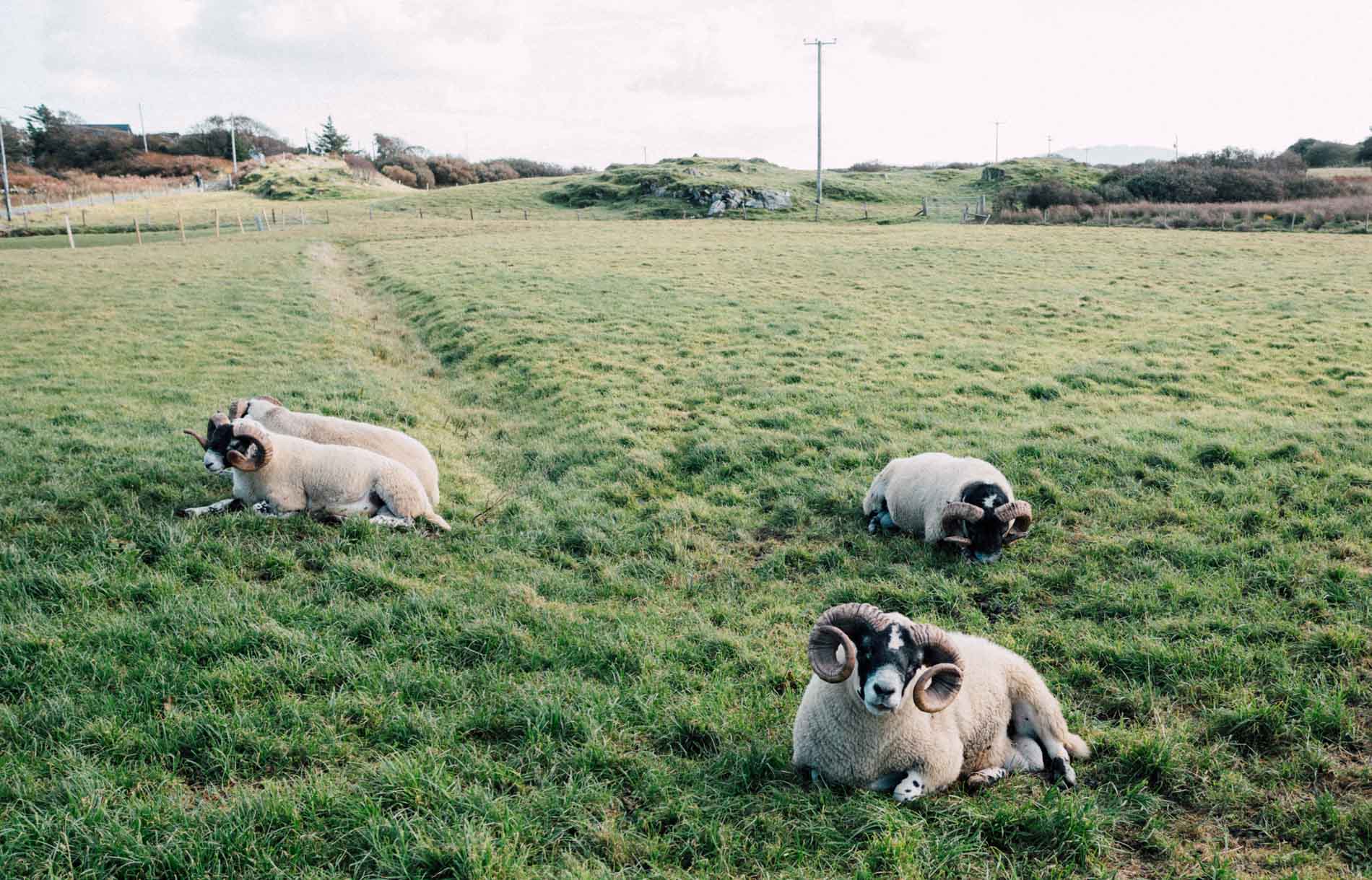 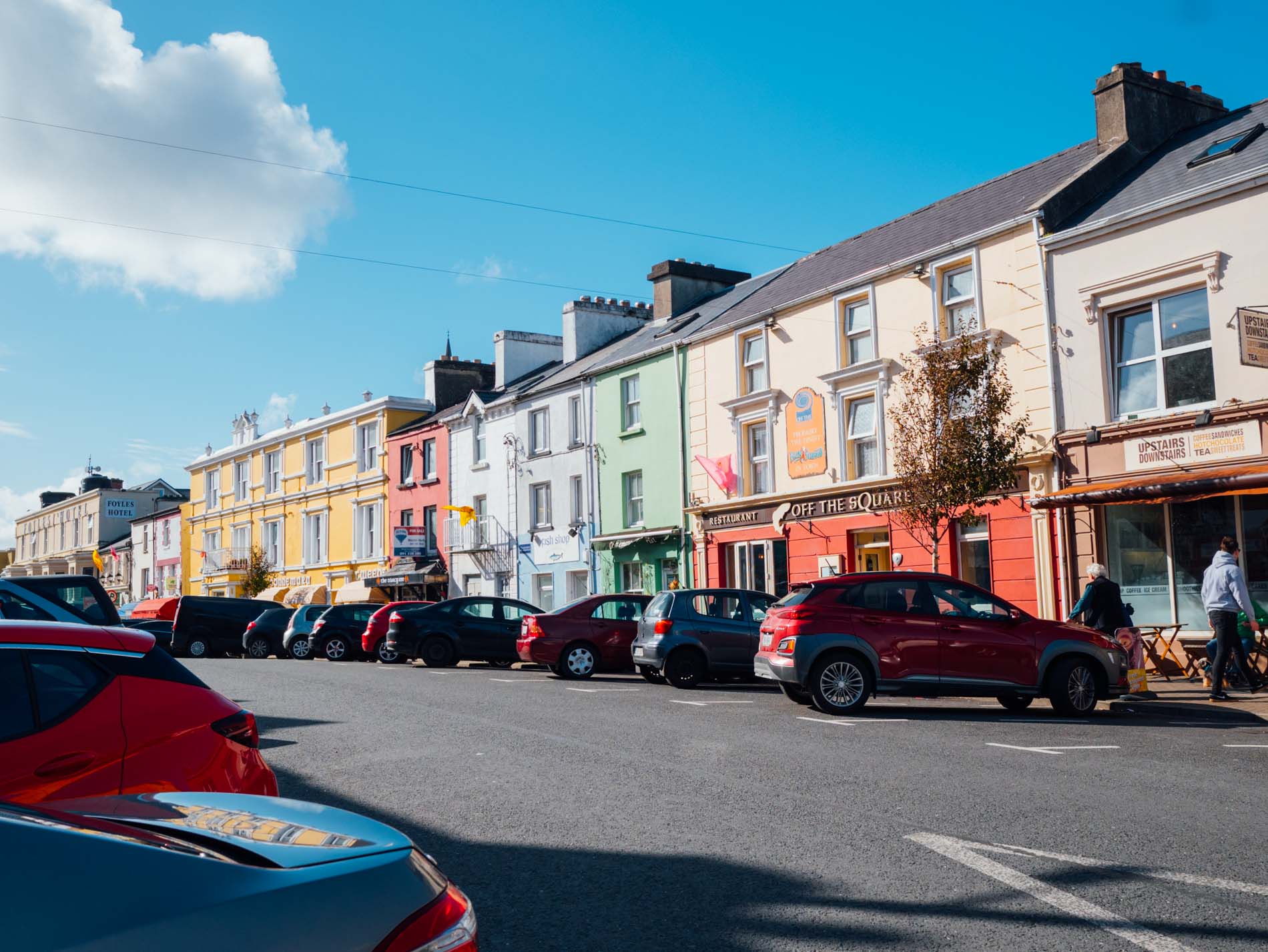 We drove back to our hotel after we explored the grounds of the Clifden Castle.

We freshened up a tad and then we went into the charming town of Clifden, which was a quick 15-20 minute drive from our hotel.

We popped into a cute coffee shop and got some an afternoon pick-me-up and then walked around. They had some of the cutest boutique stores! 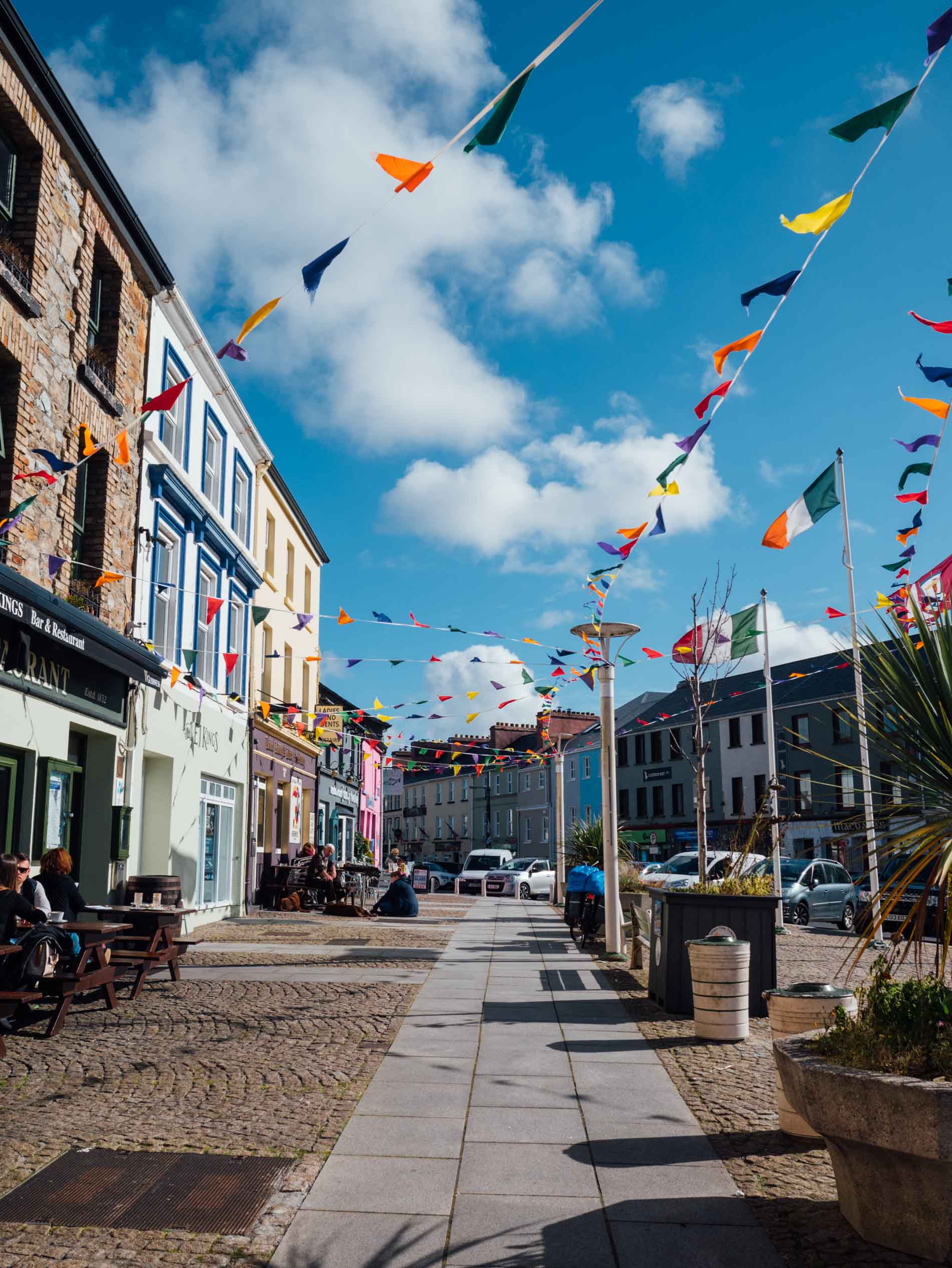 On the far left corner of the photo above, adjacent to the pink building was where we went for dinner. It was a seafood place called Mitchell’s that was highly rated.

I thought it was decent; nothing spectacular, but definitely fresh seafood.

The older couple that sat next to us were asshats and made fun of me under their breath for taking photos. So that kind of ruined the experience for me but I tried my best to enjoy it as much as I could.

We came back to the hotel and head to the pub for some dessert and Guinness! When in Ireland!! 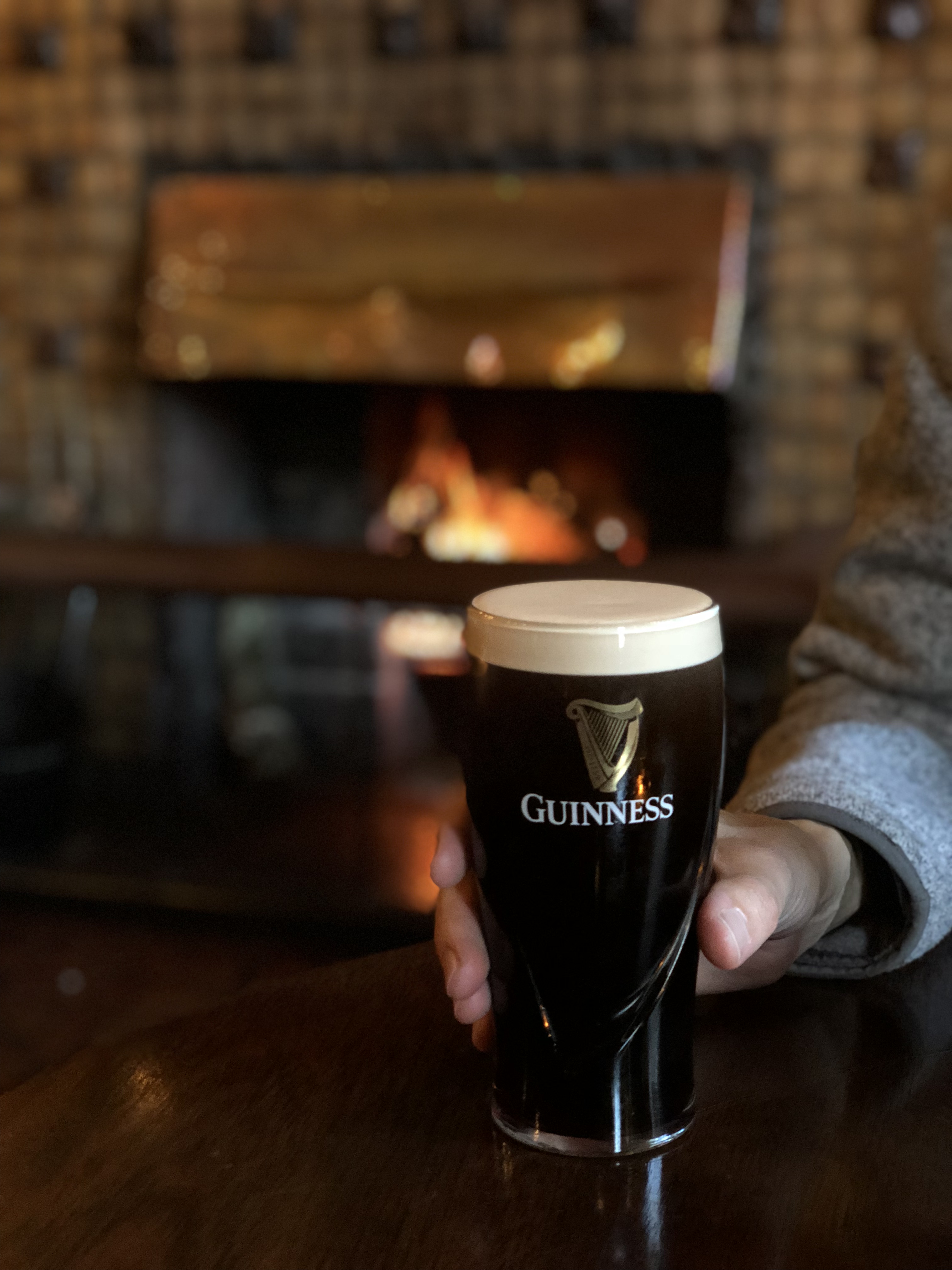 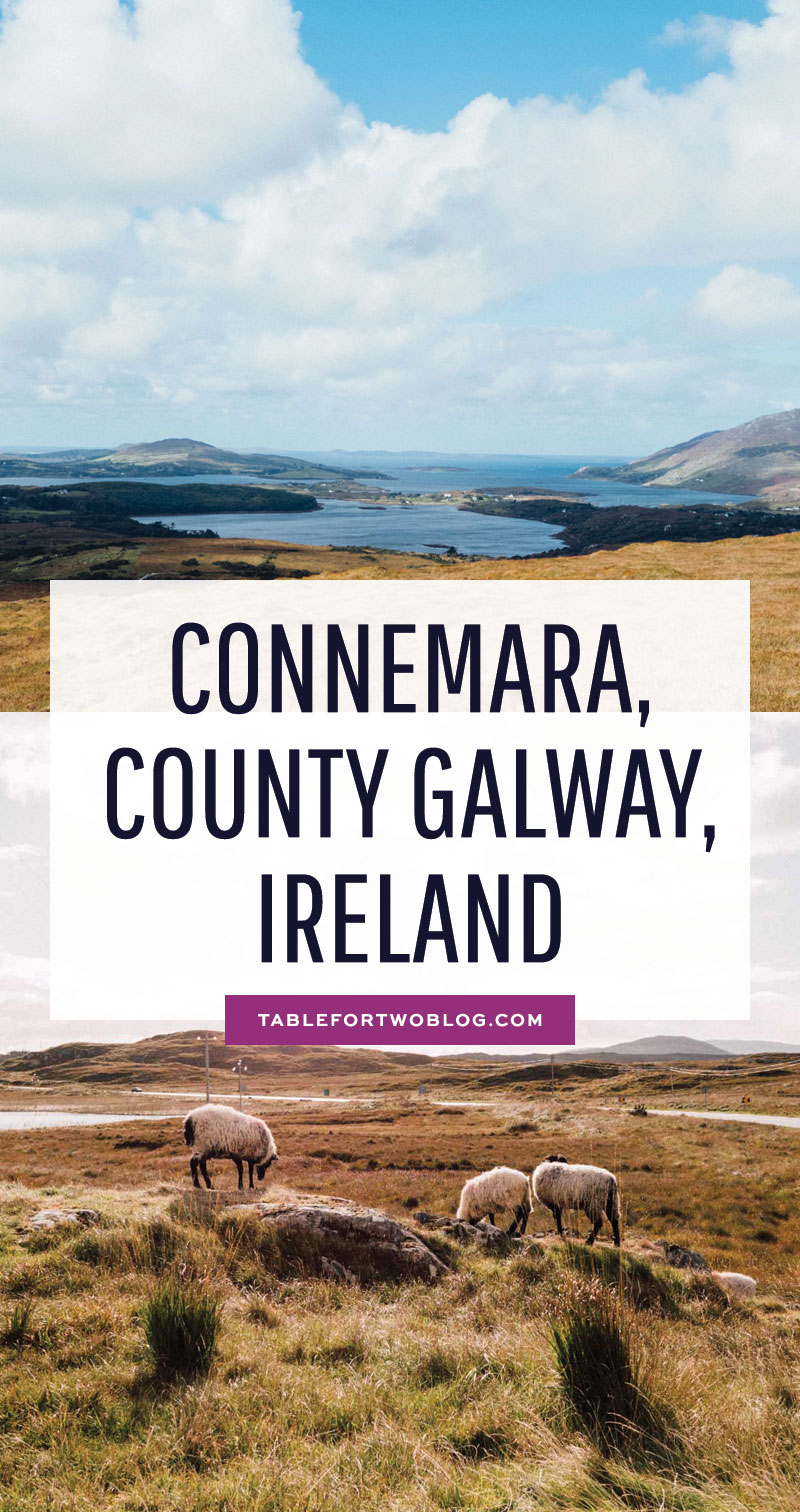 It sounds like you're are much more polite than I. I would have made sure to take at least a couple of pictures of the asshats!

Haha, it was extremely hard to bite my tongue but honestly, it was probably for the best. People like that, you just can't give your time of day to.

I think you guys would love a trip to Newfoundland. If you love Ireland, you will love Nfld.

I bet we would LOVE Newfoundland! Heck of a lot closer, too!! I'm going to look into this, for sure!

I bet it was difficult to return from such a beautiful place!

It really was. We want to go back!

I spent summers in Carna where my grandmother lived in a house with no running water. My uncle lived near by in Clifden and he still has a bed and breakfast there. I truly enjoyed reading your blog and seeing all the pictures, it brought back so many memories!

Thank you for sharing your story!! That is so neat to hear. I'm glad my post has brought back so many memories for you!

Thank you for sharing the sights and your joy of the adventure you two are having. Some of those settings are stunning. I have a love of stumbling around ruins, and it was rekindled seeing your pics. Enjoy!

Thank you so much for reading!