The Seattle portion of our 2011 trip to Vancouver.

After our time in Vancouver, we headed back to Seattle.

We weren’t so lucky with Hotwire for our Seattle hotel. It wasn’t far from downtown via a shuttle bus service the hotel has, but there was definitely no way we would’ve walked there. It was a good 11 or so blocks. However, the hotel made up for the distance. It was really nice and seemed newly renovated. We stayed at the Silver Cloud Hotel in Capitol Hill off Broadway. The hotel’s location in Capitol Hill actually turned out awesome because the neighborhood, Capitol Hill, is awesome for foodies like Jason & I. It was also across the street from Seattle University.

The first thing Jason and I did when we got to Seattle was check into our hotel and hopped on the shuttle to go downtown. We immediately went to Pike Place Market. 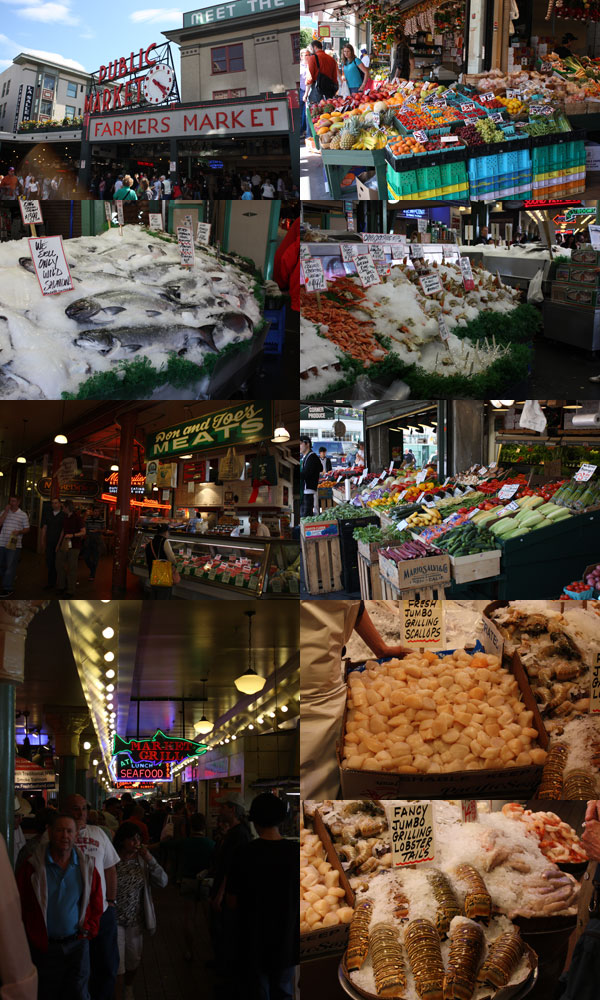 As my collaged photo above depicts, Pike Place Market is full of fresh seafood, produce, and people. It’s also home to a ton of awesome food eateries. 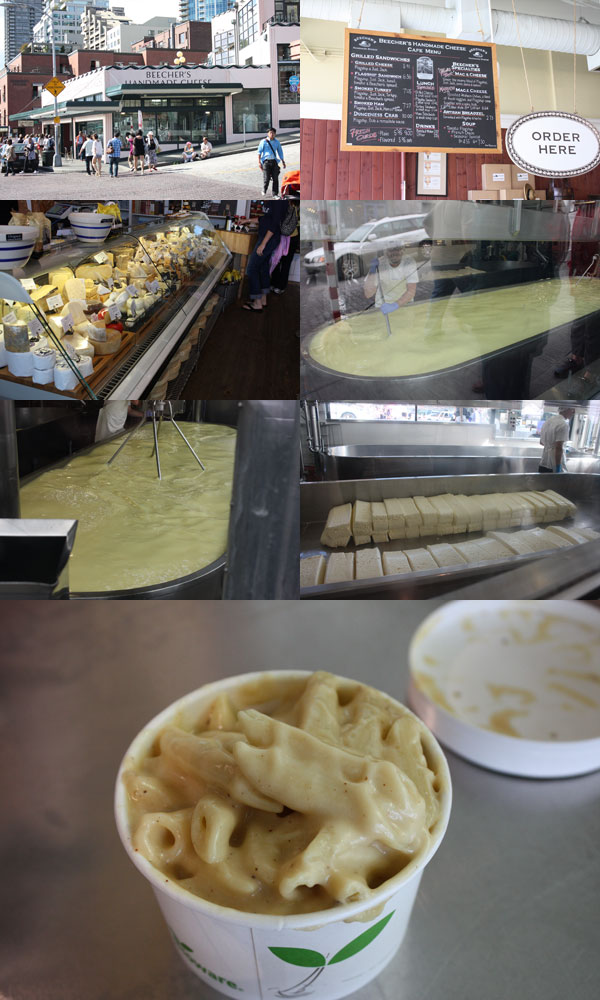 Home to the World’s Best Mac ‘N Cheese. It was seriously melt in your mouth perfection. The cheese was so velvety smooth. Now I can see why a tiny block of Beecher’s cheese is $17 haha 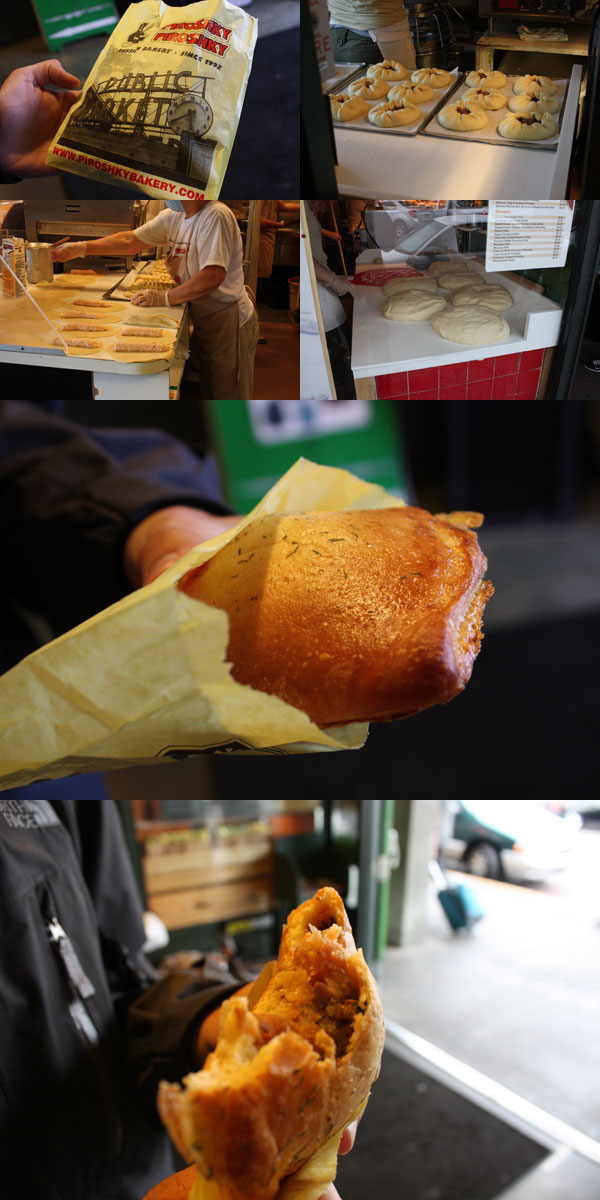 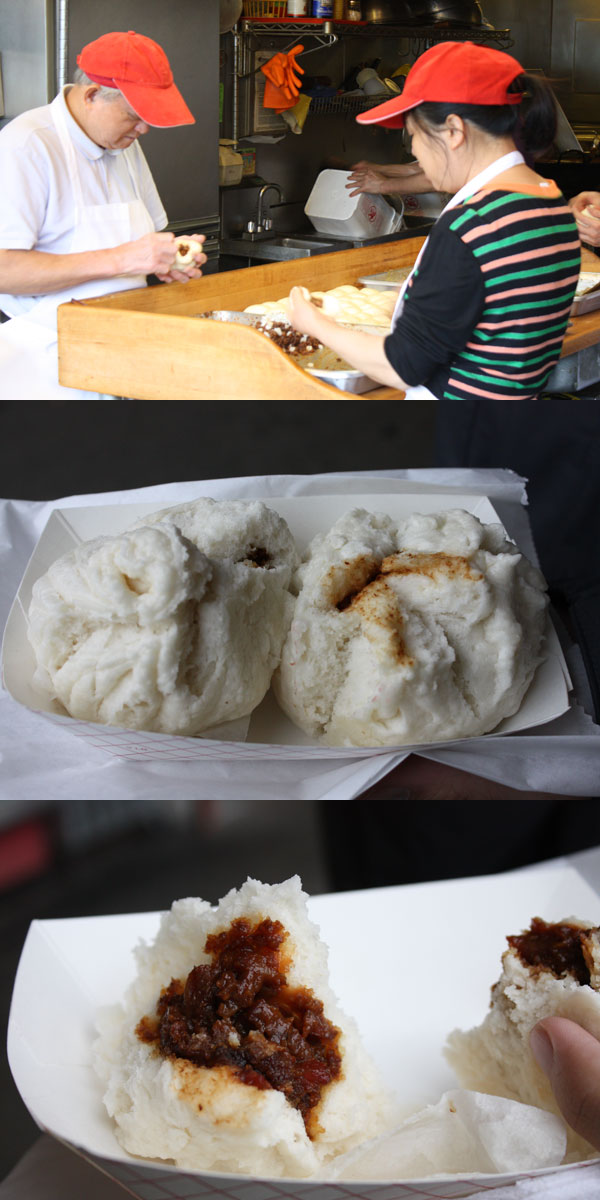 Oh man, this place had the best steamed BBQ buns. Brought me back to childhood and Taiwan. Jason and I ate these for breakfast one morning. 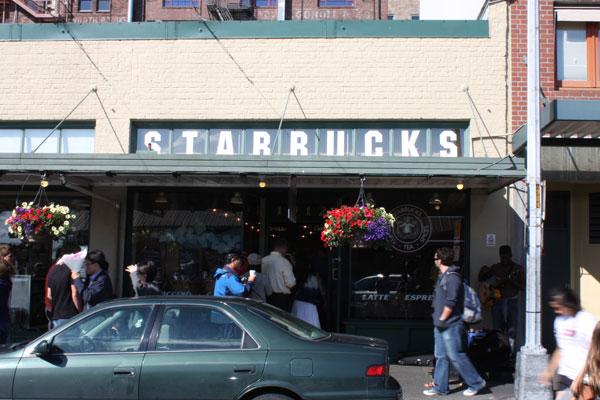 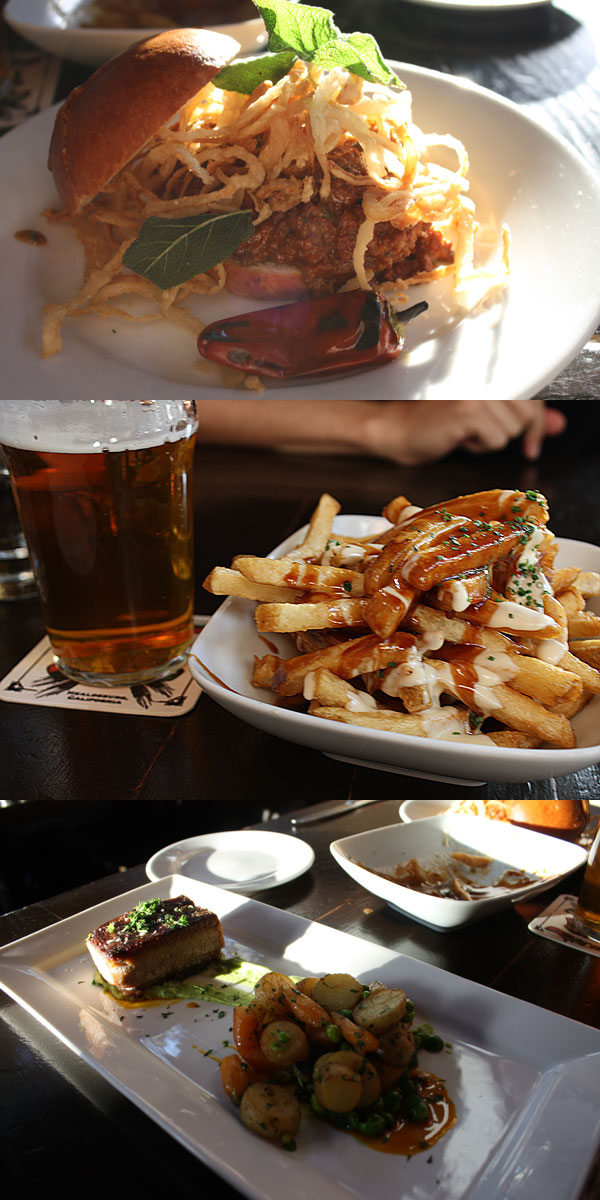 This was a really nice pub in the Capitol Hill district near our hotel. It was trendy and the restaurant had an open ceiling and you could see exposed piping and brick on the walls. Felt industrialized but was a nice, cozy place at the same time. The food was pretty good too. I got the wild boar soppy joe and Jason got veal. Our appetizer was their infamous fontina cheese and beef consume fries. Pretty good! I couldn’t stand the smell of the cheese though, for some reason.

We went to this one other place for dinner our last night in Seattle but I didn’t take any pictures of it. It was a really delicious sandwich shop and they had THE BEST fries. They were super crispy and golden on the outside but soft on the inside. Their sandwiches were to die for. The names of them were really funny too. Jason got The Gooch and I got The Dude lol..anyway, if you’re ever in the Seattle area, give Honey Hole a try!

As you can see from this post, we mainly did a culinary food tour in Seattle. We spent most of our time at Pike Place Market and we didn’t do any of the tourist trap stuff (like the Space Needle). The weather wasn’t too shabby, but it’s always rainy/cloudy all day until about 5pm and then the sun comes out for a few hours. If you ever go to Seattle, I hope you take some tips from this post and check out some of the great food places! If you have any questions, feel free to email or comment on this post :)

Worlds Best Mac & Cheese? OMG!!!! And the steamed BBQ Buns! Really it all looks so tasty!