Home » Travel » Things to Do in Chicago

Part 1 of the Chicago series is here. It talks about the best places to eat in Chicago. This post is the opposite of that. It’s everything to do to stay active after you’ve eaten all of Chicago ;)

The Bean is interesting. Not sure why it’s so popular and Chicago natives all think it’s rather strange that this big metal structure has so much popularity amongst tourists. Well, when in Rome, right? We took a short walk to The Bean from our hotel. It was great to get our steps in after eating so much! We walked across the river and over to Millennium Park where it was bustling with tourists and locals getting their exercise in. It looked like it was going to storm so we didn’t stay long but since I didn’t get a chance to see The Bean the last time I was in Chicago (about five years ago), I definitely wanted a photo of it and to see what the fuss was about! 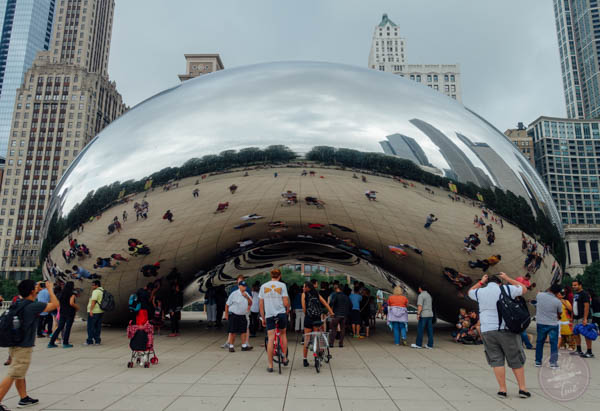 We actually took an Uber to Navy Pier since it is further away. There’s actually not that much to see here except the iconic ferris wheel (which is actually closing soon so they can build an even bigger one) and the skyline of Chicago. It was a gorgeous day (our last day in the city) so we took advantage of the sun and blue skies. We totally rode on the ferris wheel. Which, I don’t know why Brandy and I were so excited to do it because we both are scared of heights so as we were going up, we were slightly freaking out, haha 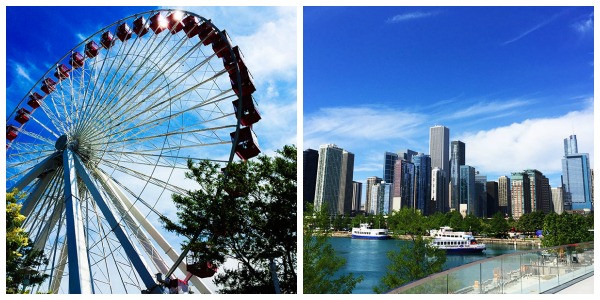 This is the riverwalk area. Trump’s stupid building just ruins it all with the big letters on it. This was on our way to The Bean. Cloudy day but it gave the city a nice blue-ish tint. This is actually the area where you board the boats for architecture tours (which I talk about below!). 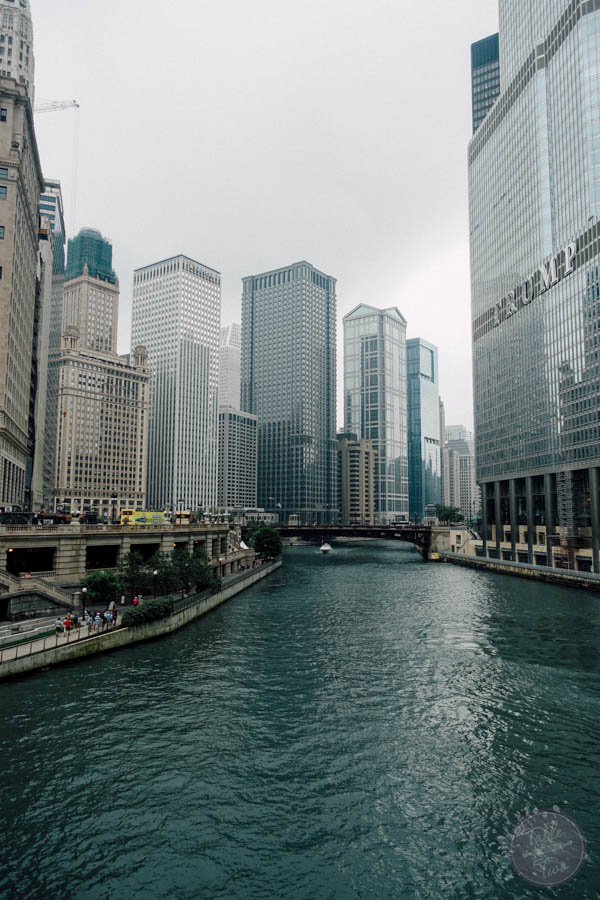 Gina and I, after just going off our whole 30-day paleo challenge, wanted to keep up with our active lifestyles so on Thursday and Saturday morning, we woke up early and headed to SoulCycle in Old Town. It was really nice to sweat and get a workout in before we started our day. It also helped that right after our first class, we discovered two doors down housed one of my favorite coffee places, Intelligentsia. I was so happy on those mornings because I’m such a coffee snob now and having a good cold brew in the morning is what makes me happy!

So after Navy Pier, we took another Uber to the Lincoln Park Zoo. It’s a really nice zoo and best of all, it’s free! It’s a mostly shaded zoo so it was nice to walk around and see all the animals and do some yoga on the lawn. I will say, though, I’m not a fan of zoos and I hate the idea of animals in confinement. I did cry when I saw the giraffes. The look in their eyes. It’s heart-wrenching. 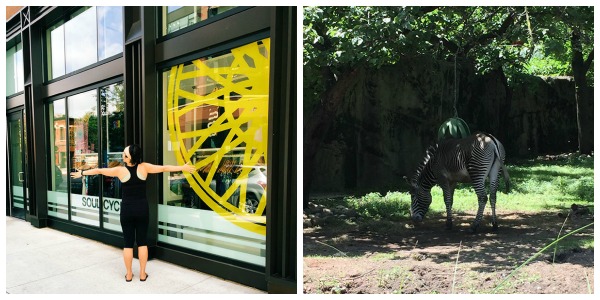 If you take anything away from this post, please let it be this. The architecture cruises are a MUST-DO if you go to Chicago. There is SO much history surrounding the city and each of the buildings. I learned so much and retained a bunch of information. We decided to do the nighttime cruise because, let’s be honest, everything looks more pretty at night all lit up anyway! We also had really wanted to see fireworks and at the end of the cruise, they had fireworks! They take you down to the Navy Pier to see it and then they take you back to where you boarded (the riverwalk area). The next time I go, I think I’ll do a daytime tour – I’m sure there are little details I missed at dusk so a daytime one would be a nice change-up! 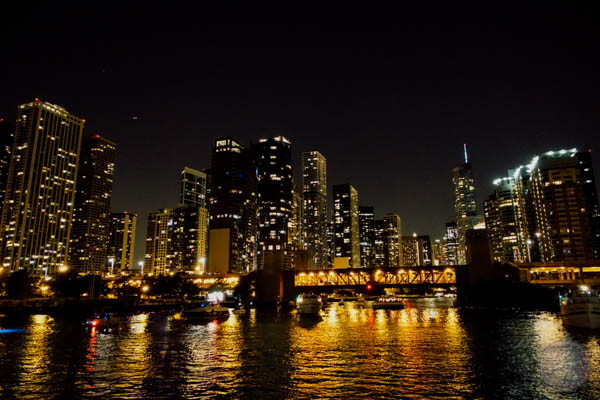 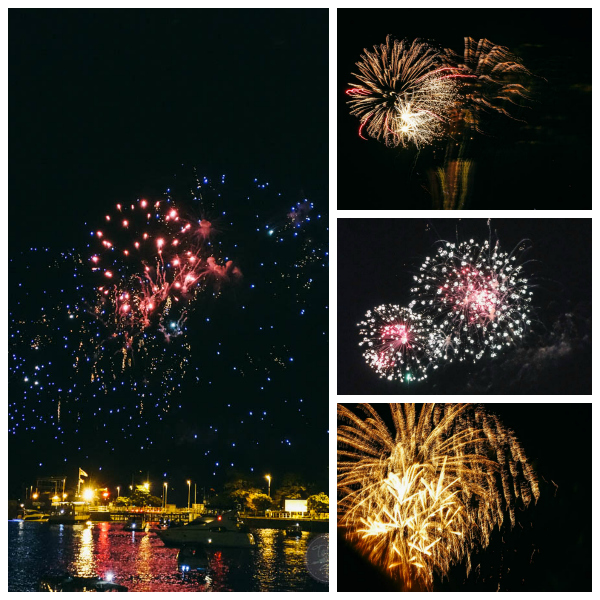 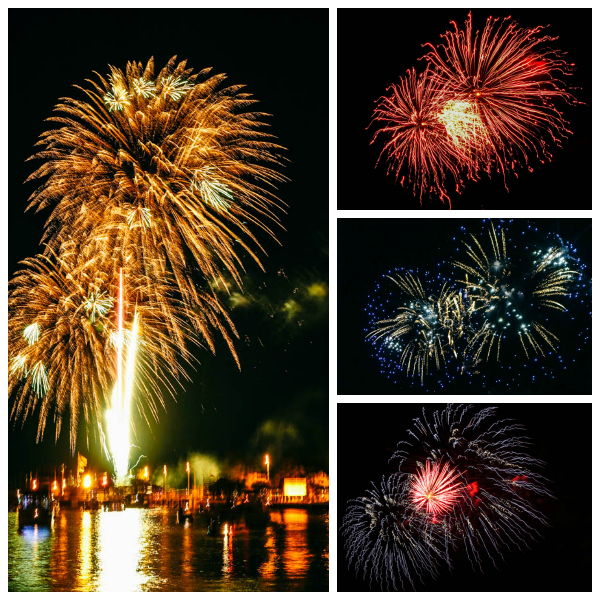 I have to go to that Zoo, my littles would love that. We just moved to a D.R. Horton new home in Volo Il and this is going to be at the top of my list! Thanks for sharing. so much fun.

So neat! Enjoy the city!

When I went to Chicago last year I went to see The Bean as well. It makes a good selfie spot haha! Then, I stayed in an apartment nearby (I booked it on Roomorama), and my host left me a list of recommendations to visit in Chicago. Though it was quite "touristy" I still had a great time. Thanks for the lovely post, it certainly brings back fond memories!

I want to go back! I had such a blast with you all that I should just never not travel with you :) Also when I saw that Zebra you know what I thought of....haha.

The only time I've been to Chicago was for about 4 hours in the middle of winter, so I'm dying to get back one day to truly experience the city. Love this guide!

Haha! Trump's stupid building- that cracked me up. ;) Chicago is definitely on my travel bucket list. And that cruise looked so cool!