Better Than Orange Chicken made with fresh ingredients for healthier version of your favorite Chinese take-out. 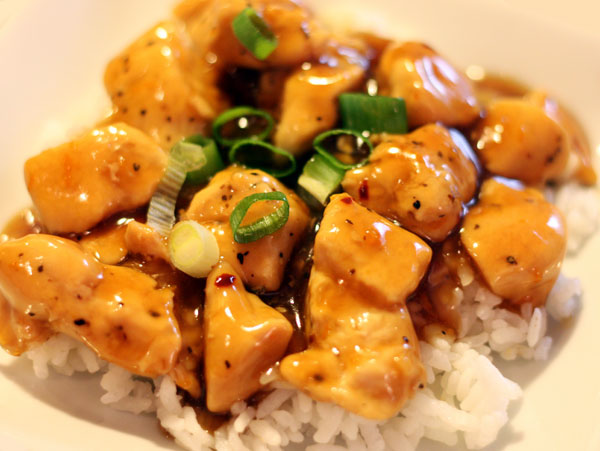 Who doesn’t love greasy, fattening, Chinese take-out, every now and then? I know when I was in college, I loved going down the street after class and getting take-out because I was too lazy to cook. I know, horrible, isn’t it? It’s even worse that I’m actually Asian — Taiwanese/Chinese to be exact! Such a disgrace, haha

Funny as I say that, I’m writing an entry on orange chicken — the most typical Chinese take-out food. Well, believe it or not, orange chicken can be healthy. The recipe below is using sautéed chicken (not fried!) and a sauce with fresh ingredients. The no-fry chicken alone cuts down so many calories. The flavor is still the same, even better (which is why this is called “better than take out”), actually. It’s sweet and has a little bit of heat. The sauce is thick and gooey and with the chicken, it’s absolutely phenomenal over white rice. There’s so much extra sauce that you’ll be able to use it as sauce over plain white rice for another meal (at least I had a lot of sauce leftover, you might not depending on how much chicken you use). 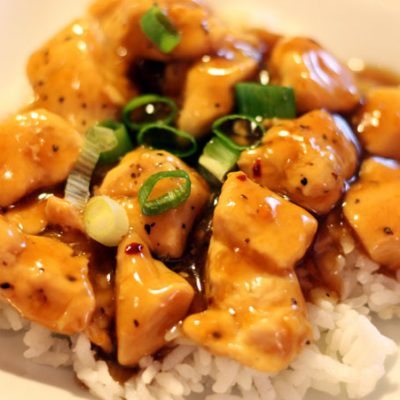 For paleo: use regular vinegar for the rice vinegar, coconut aminos for the soy sauce, arrowroot powder for the cornstarch, and omit rice when serving. 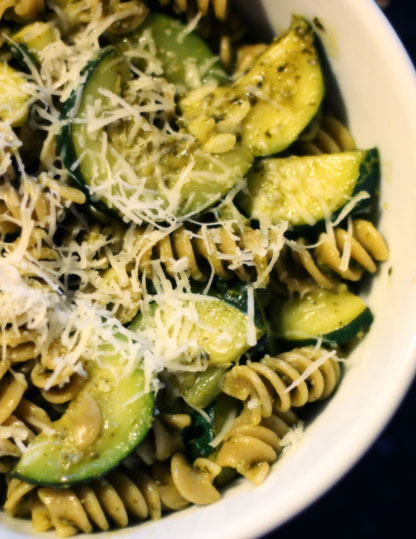 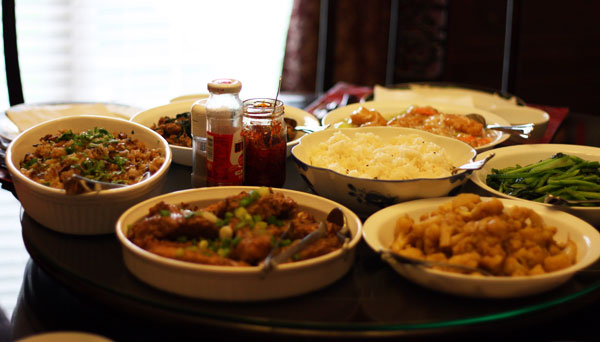 Next
sundays with the family
Click here to cancel reply.

I'm new to cooking with a instant pot. I enjoyed your instant pot beef and broccoli. Now I see this orange chicken and was wondering if it can be used in the instant pot (settings?) Thank you for creating these quick, yummy meals.

I haven't tried making this in the Instant Pot so I can't be 100% certain in giving instructions for that.

This orange chicken recipe has NO SWEETENER. It was so vinegar-y! Surely you must have accidentally left out the brown sugar, or something.

The orange juice itself is the sweetener and the 1 1/2 cups of water should have mellowed out the vinegar. Sorry it didn't work out for you!

Hello. I just stumbled on your website, and I LOVE the recipes. One question: In the Better Than Take-out Orange Chicken you don't have the amount of orange juice used. As written, the recipe says "1/4 orange juice." I assume you mean 1/4 cup of orange juice, rather than the juice from 1/4 of an orange. I'm looking forward to making the dish, but I want to know I have the correct ingredients. Thank you

Hi, sorry about that. When I converted recipes into a new plugin it must've taken the 'cups' out. It is 1/4 cup of orange juice :) you are correct!

As a orange chicken connoisseur, add two TBS of honey or 1 TBS of sugar.