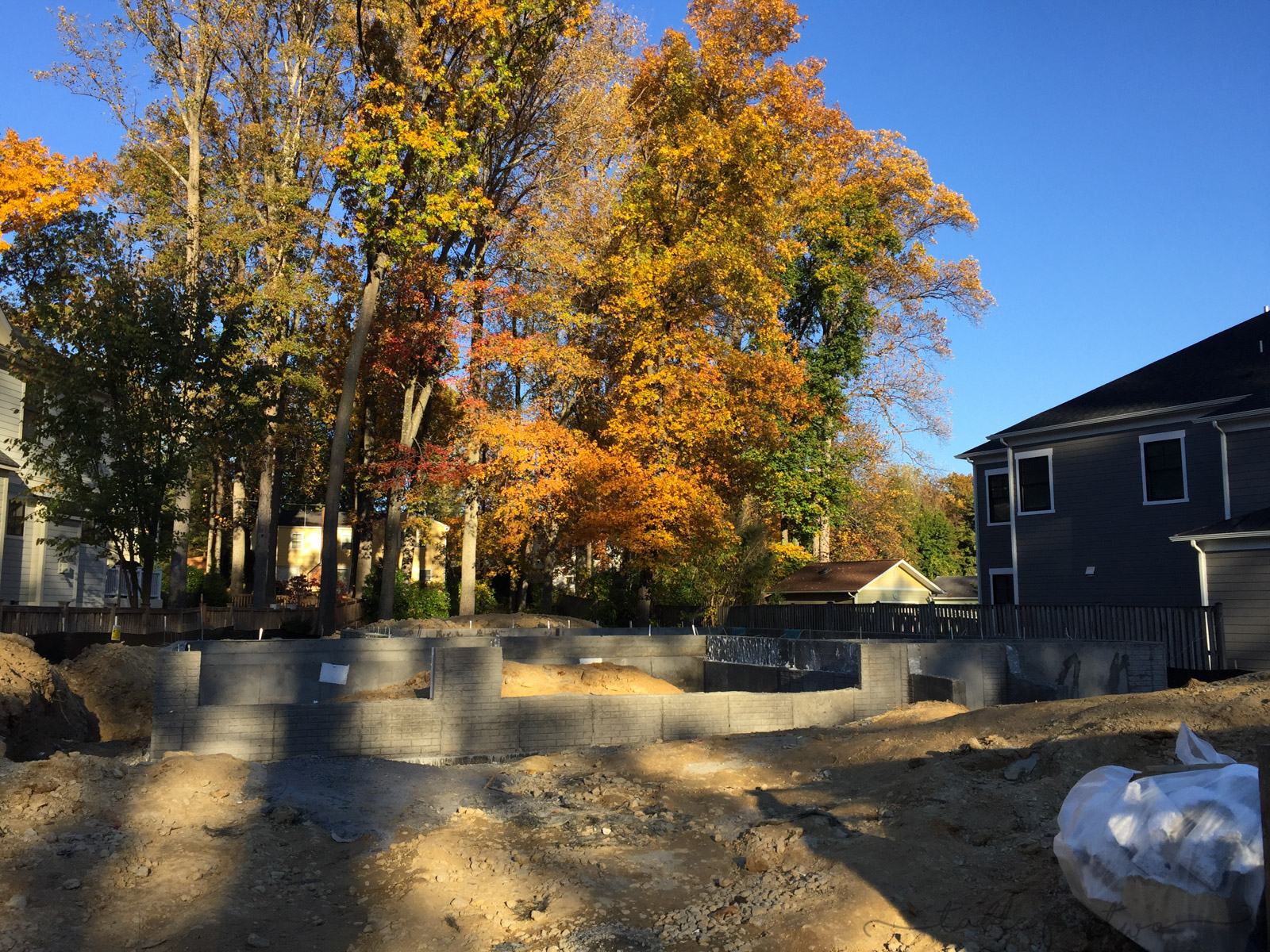 This is the ‘unsexy’ part of the house build process. It’s just a bunch of dirt and cement and doesn’t seem like much is getting done. However, this is probably the most important part of the house! You have to have a strong foundation in order to have a house that will last a lifetime. What’s funny is, majority of the first floor is already framed and I think we’ll be under roof in a couple weeks. I’m just slightly behind on these house update posts. I suppose you all are still following along? 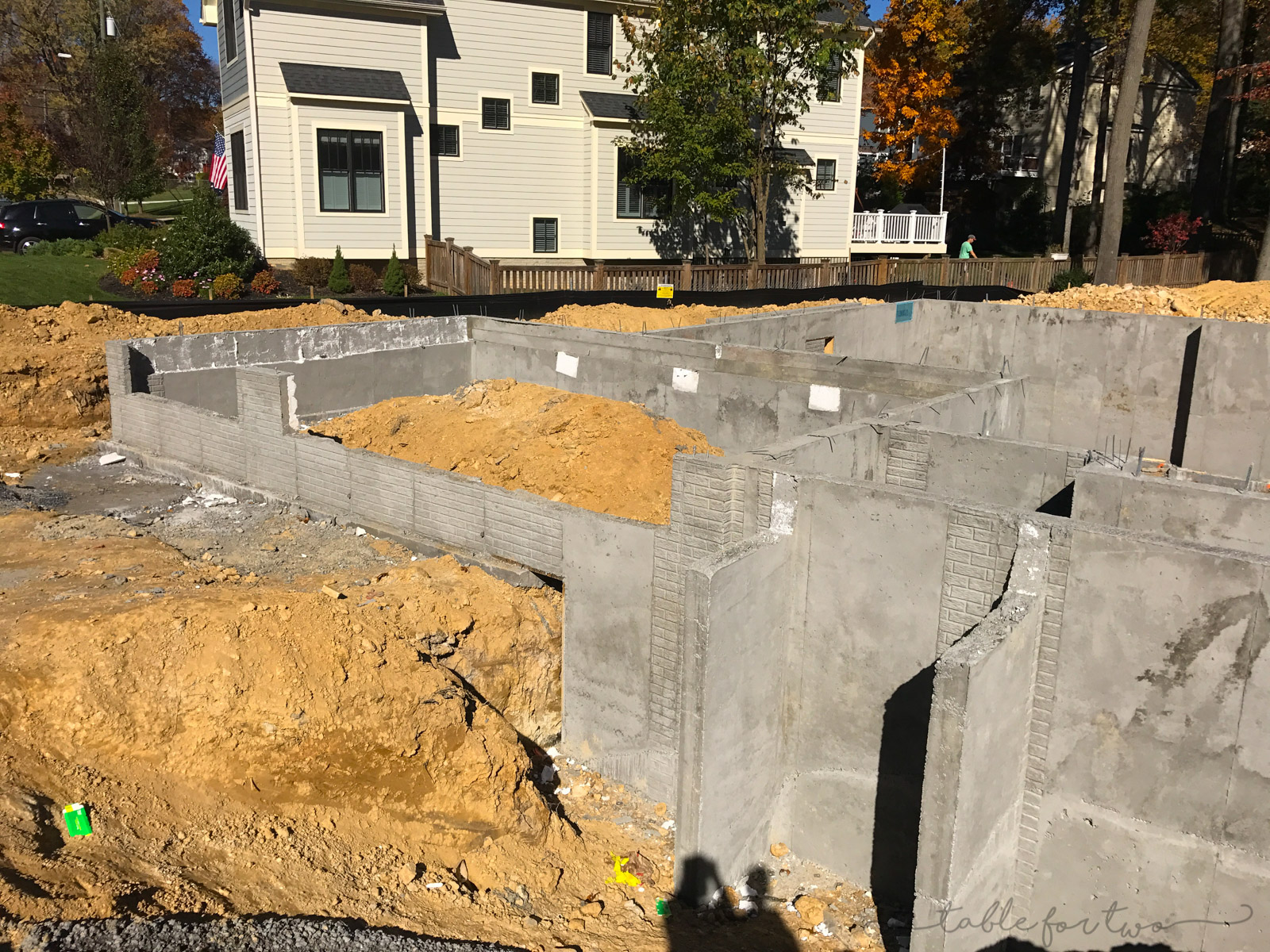 It really is so interesting to see how it all gets put together. They dig a huuuuuge deep hole and then all that dirt gets put back in around it and it’s all leveled out. When it was at this stage (above), we had the hardest time picturing how this was even our house. We were so upset that it was “small” and not the floorplan we had imagined. I mean, we knew it was the correct floorplan, but when it’s just cement, it’s hard to picture. 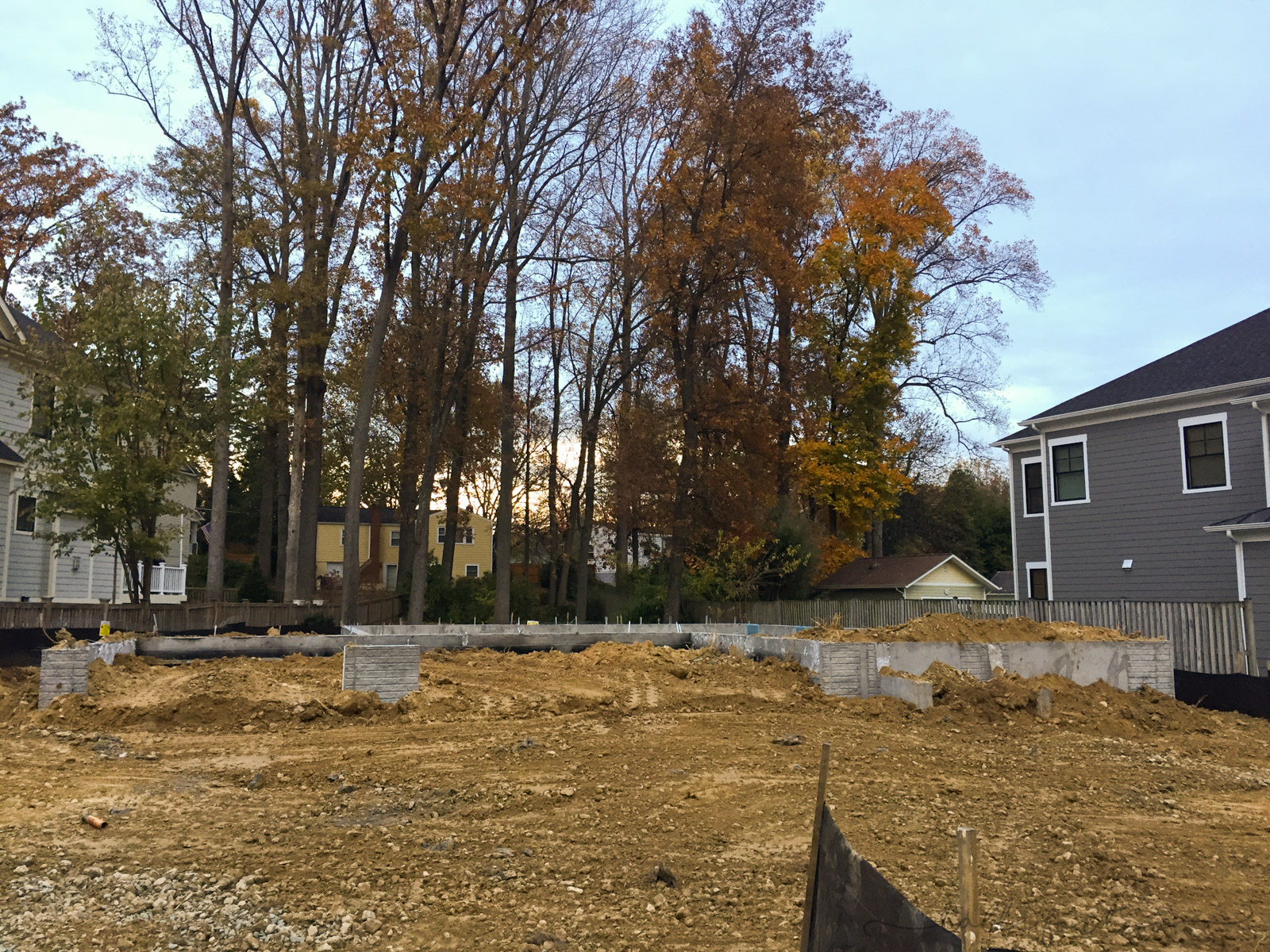 Now that the dirt is put back in and the entire lot is leveled and cement poured in…we are definitely getting a feel for the space! 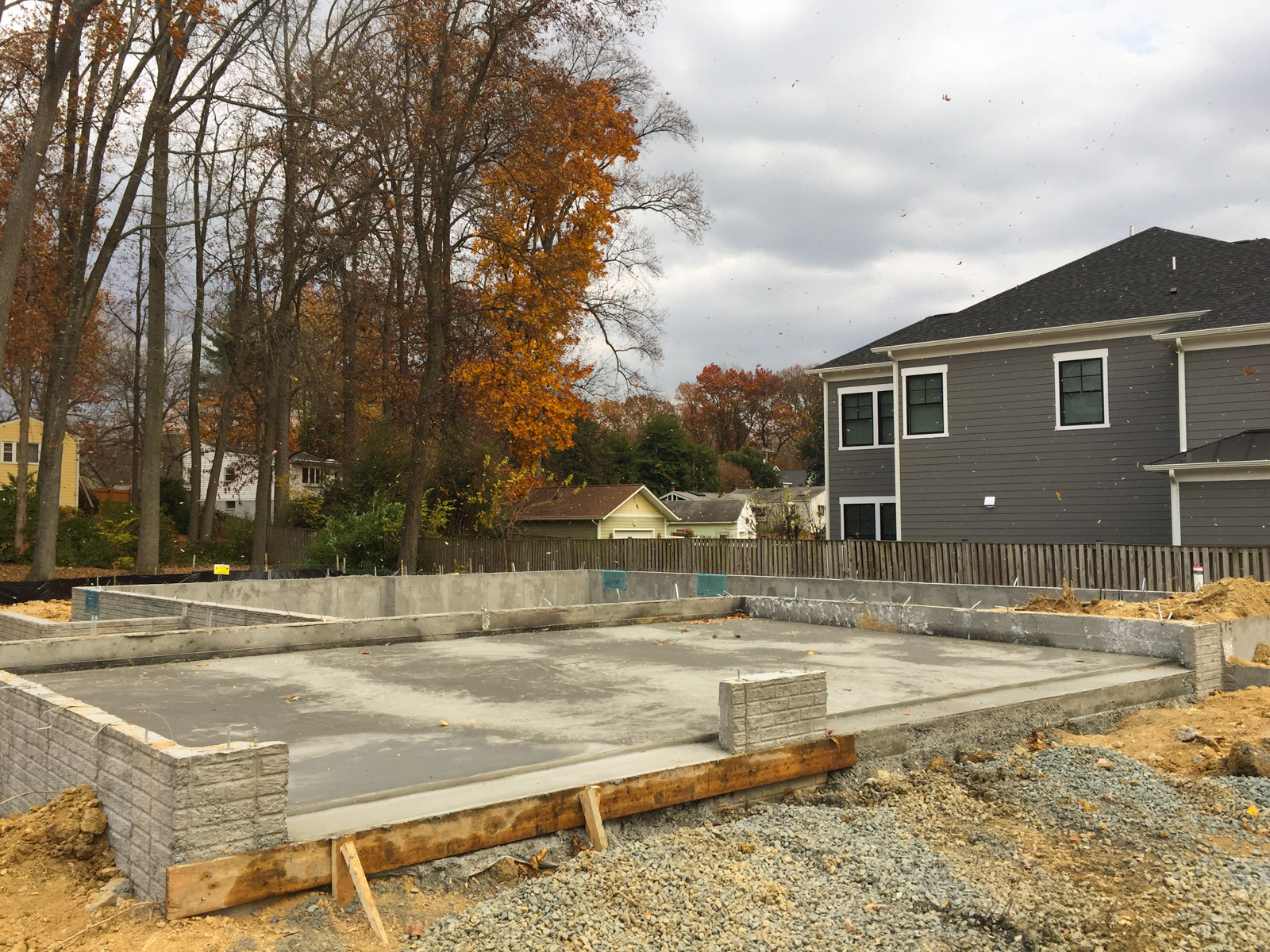 So exciting!! I can’t wait to share my next set of photos with you! The whole process is going so fast. I just know that once they start doing electrical and plumbing, I’m going to start getting antsy because it’s going to feel like nothing is being done even though there’s a ton being done. By early January, drywall should be going up and then the fun begins with everything we’ve chosen going in!! 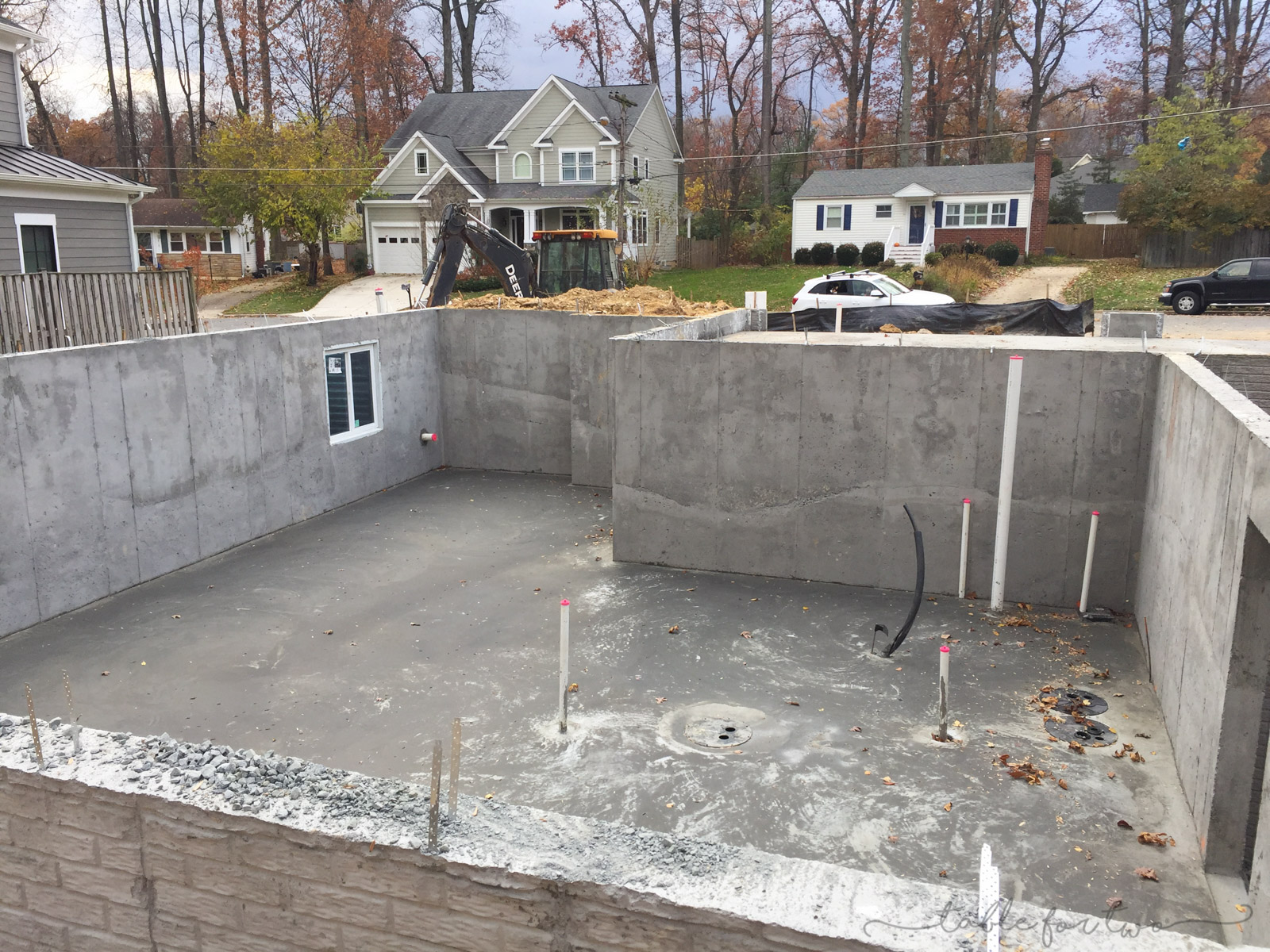 Back next week to show more photos!! :) hope you are enjoying watching this go up just as much as we are!

This is so exciting! I'm happy for you, Julie. I am definitely looking forward to watching this be built. :)