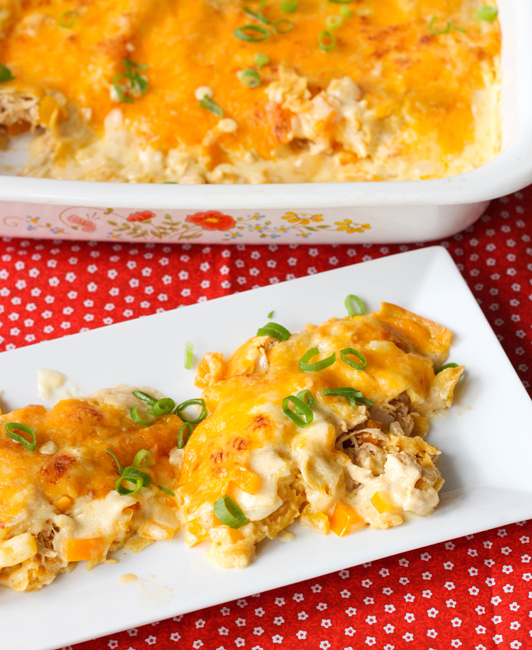 It’s that time again! And this week white chicken enchiladas were chosen. It was very Paula Deen. The amount of cream, cheese, sour cream, and butter that was called for in this recipe was obscene. I felt like my ass was getting bigger and bigger as I ate it. Needless to say, even though this was probably terrible for me, it was still delicious! I have several tweaks to this recipe, as I’ll note below, and so do the other bloggers so be sure to check them out to make sure when you make this, you won’t make the same mistakes as us and you’ll get some time-saving/calorie-saving tips too! 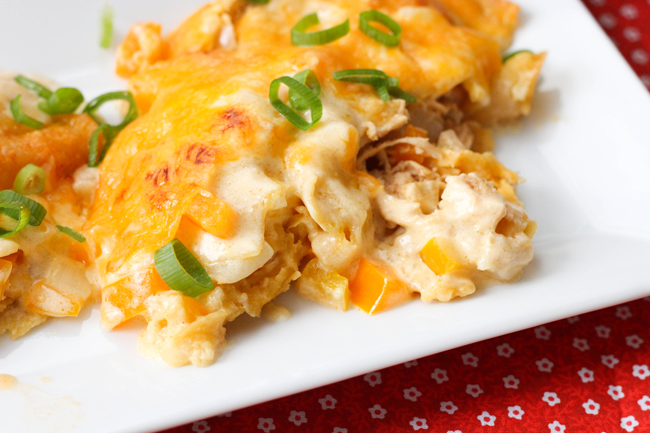 The lovely Tina from My Life as a Mrs. has the recipe on her blog today!

My notes about this recipe:

Don’t forget to check out the other participants in PW Wednesday’s and their take on this recipe! After talking to them about it, I think we all modified this recipe a lot!

Gina – Running to the Kitchen

If you’ve missed the other installments, here’s a recap:

[...] why don’t I find some healthy bloggers to join me as we cook our way through this, like the PW Wednesday girls and the Milk Bar Mondays. So, I emailed a few of my very favorite healthy food bloggers (Stephanie, [...]

Oh man do these ever look fantastic!! I love a good enchilada :) It sounds like Ree's version is comfort food to the max, but I bet a lighter version would still be pretty delicious.

I was a bit behind on my google reader so that's why I'm getting to this now. I love that you pointed out how your ass was getting bigger as you were eating this. It looks incredibly creamy and cheesy, which is signs of the ultiamte comfort food. And I don't mind if my ass gets bigger because it'll be totally worth it when I inhale this.

[...] Be sure to check out what the other girls thought of this recipe: Running To The Kitchen Wanna Be A Country Cleaver Table For Two Blog [...]